So yeah, as hinted in the last Daily Turismo Project Car posting, I ditched the 1983 Volvo 242 and traded up to an E34 M5. “What’s the big deal with an E34 M5?” you may be asking now (if you’re not a BMWphile or encyclopedic car geek). If I had to sum it up in two sentences I’d say the formula was: take a mid-’80s German luxury midsize sedan, shoehorn in the biggest, baddest, motorsports-derived inline six you can find, along with a 5-speed manual, limited slip rear diff, and beefed-up brakes. Then charge a premium for the high speed, low profile sleeper sports sedan that results from the righteous union. 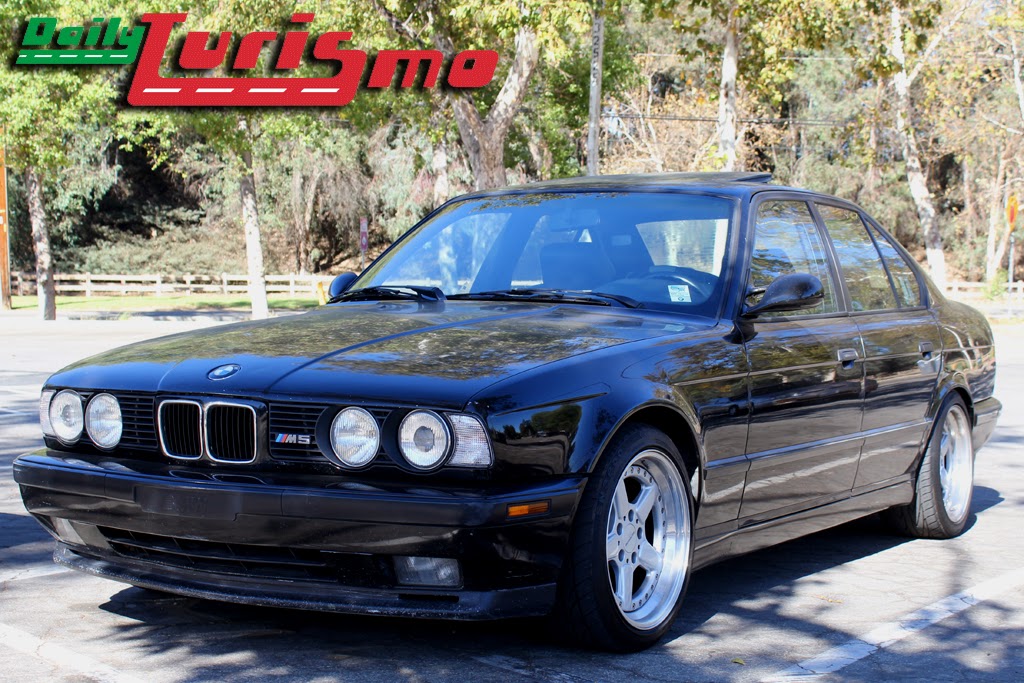 This particular M5 came from a good friend of Daily Turismo…let’s just call him DWood. No, really – that’s what we actually call him. He bought this “Monster” back in 2007 on the Bimmerforums.com classifieds from a guy here in LA who had recently rebuilt the engine and transmission. I can only guess that the impetus for said rebuild was a blown head gasket, judging by the picture I found in that seller’s photo gallery of clear water draining from the oil pan. Good news for DWood (and me) was that the engine was freshly gone through, with new gaskets, pistons, seals, machining, and so on. 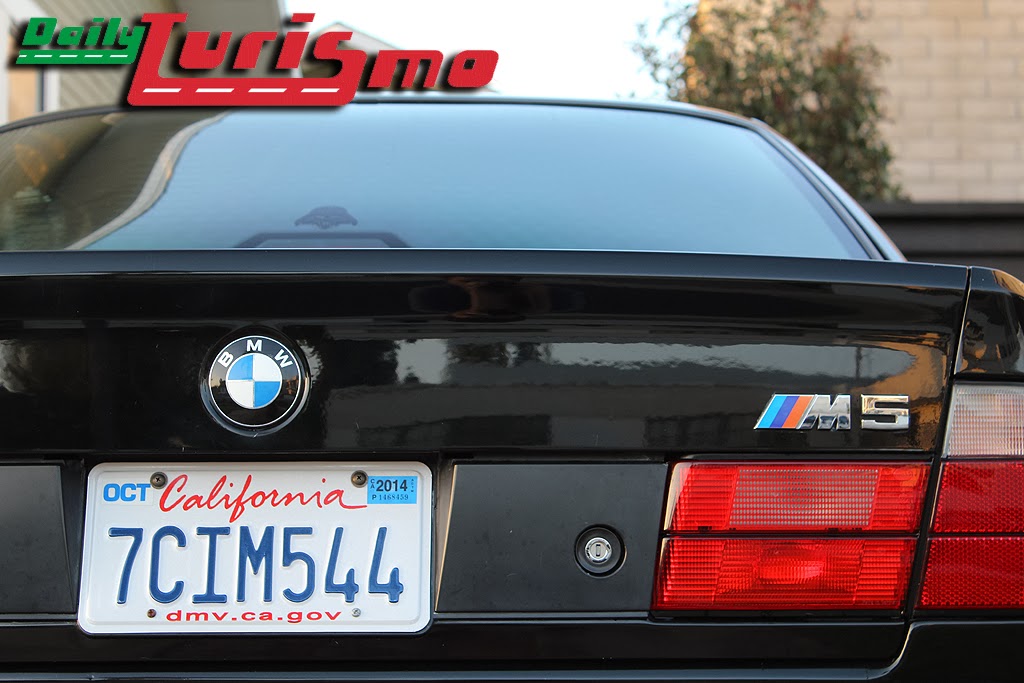 Not to say that the Volvo wasn’t a sweetheart in its own right; little old lady ownership since new in Southern California has a way of preserving the carcass of a car even if the mechanical and electrical systems are left to rot. But the 242 needed a new owner after our tenure was up, and hey – so did this M5! There it is – the whole reason for this car’s existence. The 3.5 liter S38 inline six, with four valves per cylinder, six individual throttle bodies, a “bundle of snakes” equal-length tubular stainless header (unfortunately hidden by heat shields) and 310 horsepower from the factory. Being a US market 1993 E34 M5, this is the S38B36 to be exact; slightly enlarged from the earlier B35 version found in the E28 M5, but traces its roots all the way back to the engine used in the middle of the M1. But details be damned – this thing positively sings in the upper rev range and sounds better than any car I’ve ever owned. It’s a kind of harmonious yet turbine-like wail that I can’t get enough of.

During the aforementioned engine rebuild, the previous previous owner took some liberties and decided to up the static compression ratio to 11:1, using forged pistons. At the same time the head was apparently mildly ported along with the individual throttle bodies. After several rounds of tuning this engine is now making 313 hp at the rear wheels – so conservatively, about 350 hp at the flywheel or a healthy 13% bump up from stock. 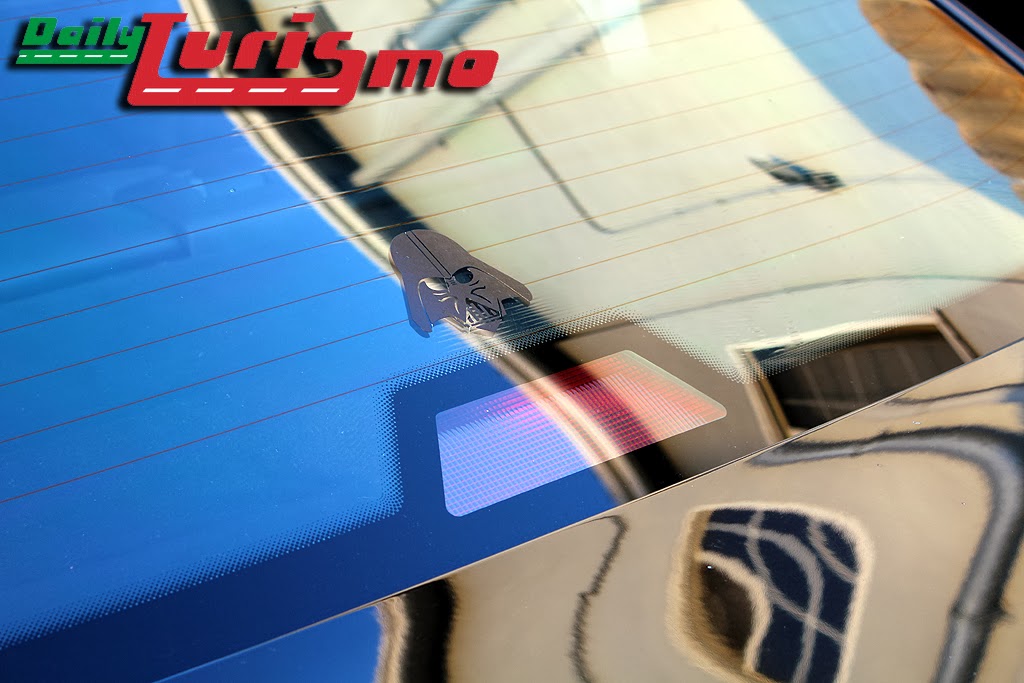 In many ways this Bad Jackson is the polar opposite of the white Volvo 242 – besides the obvious white vs. black, yin/yang thing. The M5 wails and wants to be pushed hard with the engine freely revving over 4000 rpm. Schnell! The 242 happily chugs along like the little tractor that could, and prefers if you’d upshift at 3500 rpm, tack så mycket (thank you very much). The M5 feels low, solid, and stable on smooth highways whereas the 242 is up on its tiptoes and soaks up any irregularities in the road. M5: Autobahn speed machine that is docile, but not happy, in city driving. 242: go anywhere / do anything sensible sedan that makes a livable and friendly daily driver. Both, incidentally, have large greenhouses and thin pillars that make visibility far superior to any recent machine from either BMW or Volvo.

I like to think of the E34 M5 as kind of a larger, more comfortable (albeit less nimble) gentleman’s version of the E30 M3 with a better soundtrack.The engines are related, the styling is clearly linked, and the interiors seem like slightly different scaled versions of each other. One thing that makes the E34 the better Daily Turismo: value. These M5s are hitting the bottom of their depreciation curve and haven’t reached prices anywhere near comparable E28 M5s, let alone E30 M3s. It’s bound to happen at some point, but for now this is a performance bargain.

The DTM5 postings will take more of a true blog format vs. the previous DT Project Car novellas I wrote for the 242, but rest assured you will be seeing (and hearing) much more of this heavyweight.