Just a quick update to DT readers – the Daily Turismo free T-shirt is still up for grabs as we have not received a single Horrorod suggestion.  If we don’t get one before Oct 31 we will be forced to wear the T-shirt ourselves and rip if off at midnight in a Hulk Hogan style display of strength, judgement and awesome.  Perhaps someone will record it with an iphone and post it on the internet.  DT will now return to our regular programming…which is this 1960 Street Legal Sprint Car available for $15,000 buy-it-now on ebay – located in Lakeside, CA. 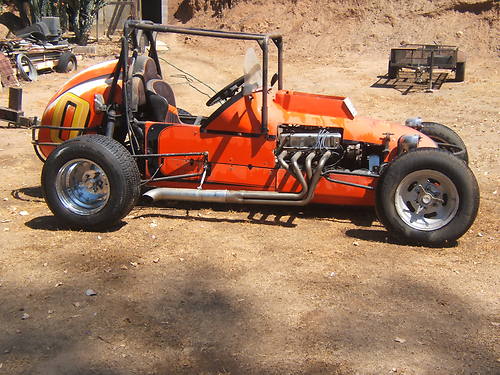 Yes – this is indeed a sprint car – but how on earth it is legal to drive on the street is beyond us.  It is clearly a tube frame, solid-front & rear axle 1960s style circle track sprint car – but two license plates and a set of lights does not a street car make! 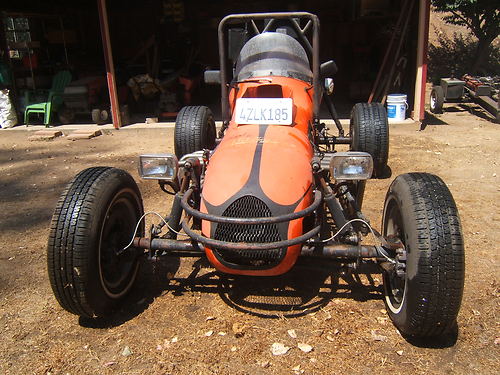 This would really look awesome driving down the 67 Freeway – but we can’t imagine you’d get very far before the boys in blue started asking questions, and the Chula Vista PD don’t mess around.  Its not even worth mentioning the brutal ride this thing must be on anything other than a nice smooth dirt track, probably feels like you are being clubbed in the backside with a nightstick. 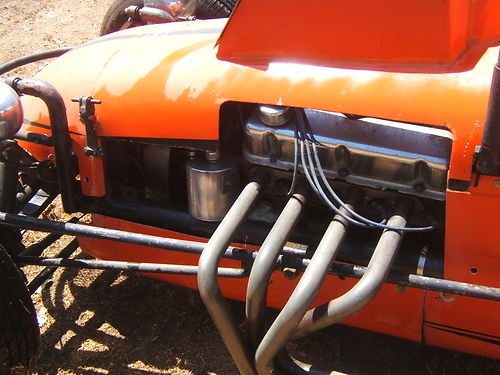 The engine is a small block Ford – but no mention of any internal parts – assume its making between 200 and 500 horsepower on pump gas.  Either way, the car should weigh around 1200 lbs and make for performance on par with anything slower than a Veyron.  Just don’t try changing lanes or putting the power down in a turn. 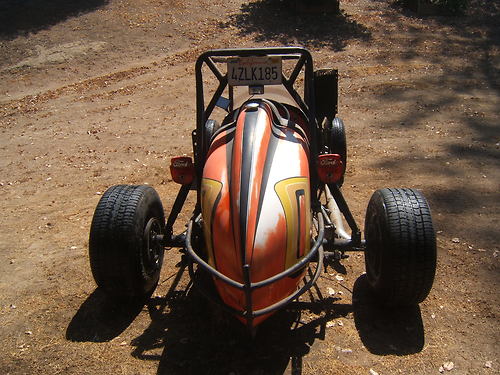 We still can’t imagine anyone driving this to anything other than a local car show from time-to-time, but we do know some masochists who would probably consider driving this to work if they could get it past tech at the local dirt track and drive it work each day.  The real question is – can you drive a single seater car in the HOV lane?