It is safe to say that the Ford Crown Vic could be the easiest car in the country to keep on the road.  Police, taxi, and livery fleets kept these cars running for years.  You could find a mechanic is most any town in the USA to fix one of these cars.  The Ford panther car may not be as reliable as a Civic, but is arguably one of the most durable cars on the road. Today’s feature car has had a 5 speed manual swap from a same year Mustang GT along with a Ford racing 3.73 posi rear and a impressive list of maintenance.   Find this 2004 Ford Crown Victoria for sale in Keene, NH for $4,400 via craigslist. 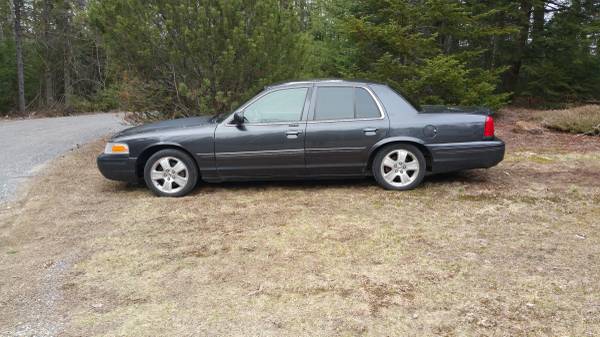 Extensive details from the seller:

I have for sale a 2004 Ford Crown Victoria that has been converted to a 5 speed manual transmission. I purchased it from the original owner of the car who was a middle aged man, that traveled from Nashua NH to Charlotte, NC very often. The body and speedo have high milage on it but almost everything else has been replaced. Included is a list of the 5 speed swap components and updated/replaced parts that have all been done within the past 15,000 miles.Drivetrain:The rear differential has been rebuilt with ford racing 3:73 track-lock ford components. Both rear axles were replaced along with bearings, seals and synthetic 75w-140 fluid.The transmission is a Tremic t-3650 transmission from a 2004 mustang GT. It had 77k when it was installed, all the syncros are in great shape, the tail shaft housing has been replaced because of a leak at the casting mount found quickly after the swap. And the trans has been filled with synthetic manual transmission fluid. The driveshaft was built from the original Crown Victoria driveshaft that has the t-3650 output shaft installed with new u-joints and balanced. The clutch is a stage 2 Exedy clutch from American muscle. It is 11″ just like a 2004 mustang GT. The flywheel is also out of a 2004 mustang GT. It is a 6 bolt new Romeo flywheel that came with the Exedy clutch kit. The clutch control is via a terminator cobra clutch/brake pedal assembly and adjustable clutch cable and adjuster. The Motor is a 103k stock motor from a 2004 mercury grand marquis (same a crown vic) I replaced it (8/6/16) because the original motor developed a head gasket leak. When I replace the motor I used the newer injectors, but I replaced the spark plugs with new ford ones, replaced all 8 coils with MSD, replaced the intake manifold with Ford Racing Updated PI plenum, thermostat and coolant crossover tube. I also installed a K&N typhoon cold air intake. It also has Trick-flow under drive pullies. I have had the car dyno tuned so that all the emissions equipment is still on the car and operational. It still has EGR, all the cats, PCV and Evap all still work as they should. The Check engine lamp will illuminate if there is a concern. I also had the speedometer calibrated and the transmission programing removed. It basically believes its is a 2004 mustang GT with some bolt on modifications.Because the car had about 236,000 when I got it, I needed to repair/replace some other components to make the vehicle safe/proper. I replaced both lower ball joints because of wear, the lower steering shaft because of some binding (common with the cars). 4 new Tires, because the old ones were just worn. I replaced the alternator because it was whining, Right side exhaust manifold because of an exhaust leak. New AAA battery because it failed me. Motocraft fuel filter, both front wiper blades, serpentine belt and tensioner. New headlamp buckets and bulbs, new rear springs and shocks. I have many other parts that have been replaced as well, but I have just lost track.The car has high mileage on it so it’s not “perfect”. but it’s in good shape. The exterior has some faded paint but its all one color. The RF fender has a rust spot over the fender from a previous incident. The rear bumper cover has a crack from a previous incident. The interior is very fair, with the exception of the center console for the shifter. The armrest had some peeling leather from it. I got a quote to fix it from an interior shop to repair it, I can’t remember what it was going to cost, but I don’t remember it scaring me, so must not be that bad. The rear window and the rear side windows are darkly tinted, the interior is black leather, and the outside is a gun metal gray. The underside is “better” than expected by the mileage, but being high mileage from the previous owner down south did help some.The car drives great and has great street manners. Its a blast to drive, and I drive it everyday in fair or better weather. My reason for selling is that I have inherited a few family problems and I am selling some toys.I have a ton of money and time involved in this completely drivable car. Please text or email for any other questions, but I am not looking to sell to a “pen-pal”. I have a lot on my plate and will do the best I can to give the buyer all the info I can at time of sale, make offer. 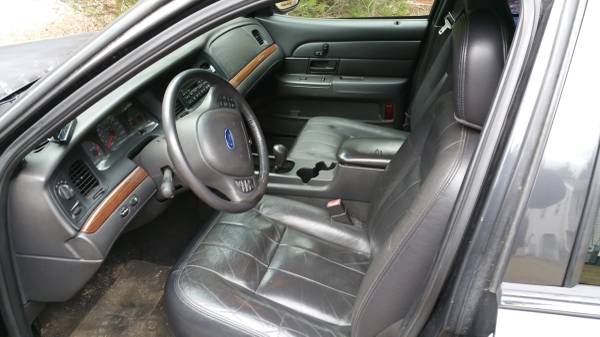 For the asking price, there not a lot to criticize here.  The car seems really well sorted out with very minor needs.  Some late model Mustang GT wheels and a puffer would make nice additions. 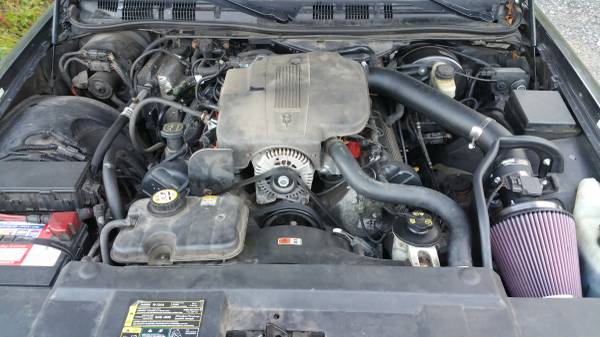 The belt tensioner pulley on Cory’s 99 E300 decided to give up the ghost Friday night.  Fortunately, I was two miles away and was able to nurse the car home.