The Porsche 928 was released into the wild in 1977 as the presumed replacement for the aging 911, but the complex mechanical design and less thrilling driving experience meant it played second fiddle to the rear-engined Porsche.  Today, prices for the 928 haven’t appreciated nearly in the same psychotic manner as the 911, so you can still pick one up for cheap, spray it flat black, cut a bunch of holes in the doors, and power it by an American V8.  Find this 1982 Porsche 928 here on eBay bidding for $8,000 with 6 days to go, located in Milwaukee, WI. 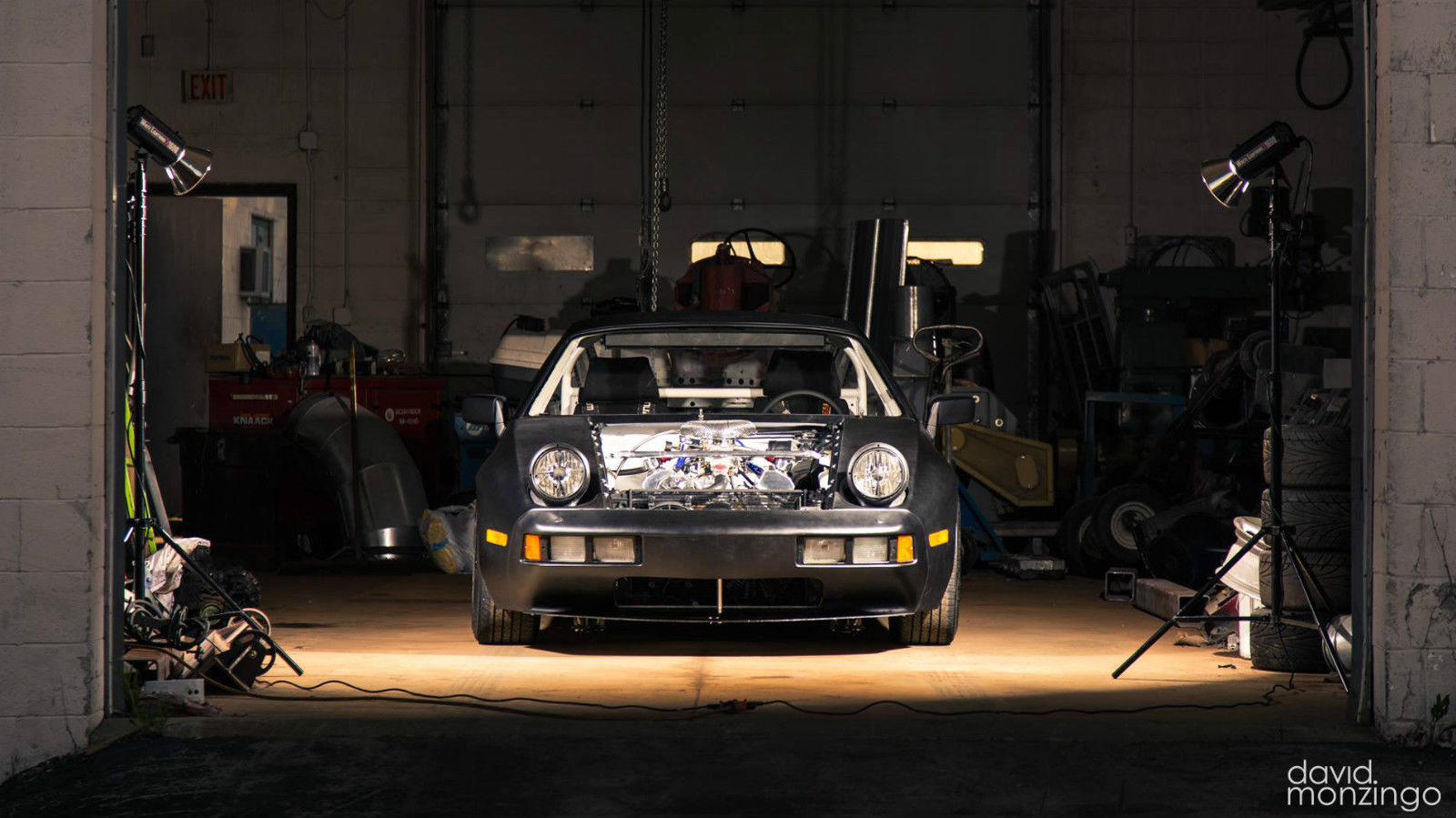 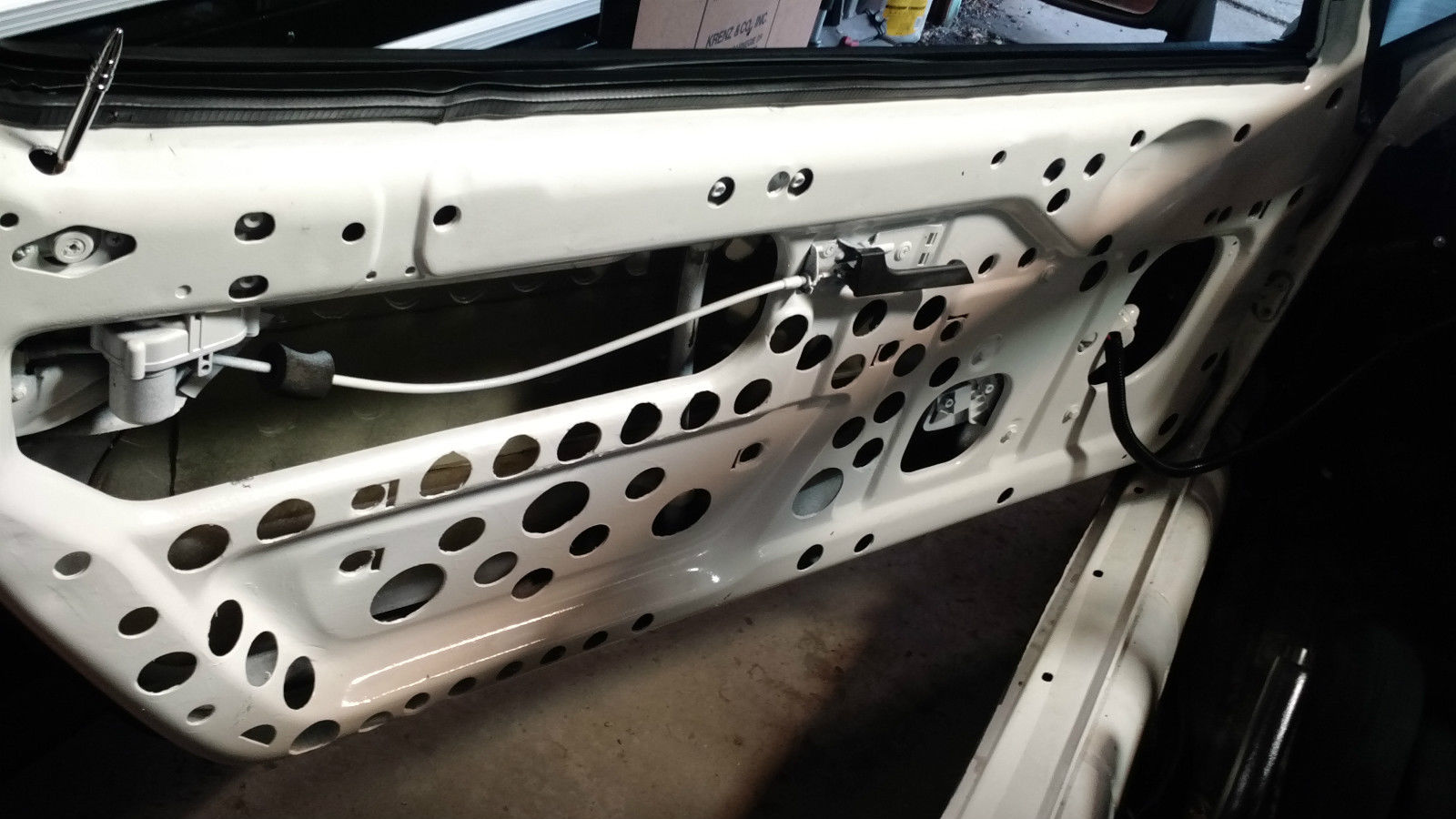 Of course, the first thing you do when making your 928 faster is to up the engine power — in this case the car is powered by a heavily massaged 350 cubic inch Chevy V8 equipped with a Holley 750 double pumper that is probably good for around 400 horsepower.  However, additional speed can be found by reducing mass from the porky 928 chassis — starting with drilling a bunch of holes in the doors and continue with Lexan windows. 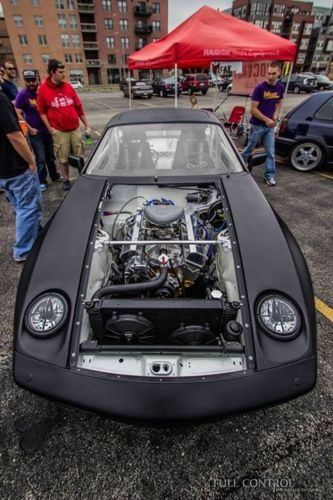