The CRX was a 2-seat lightweight sports coupe based on Honda’s popular Civic platform, and finding an unmodified example is as hard as finding someone without a tattoo at a Kid Rock concert.  So if you find one that ONLY has a JDM engine swap and is riding on stock wheels at stock height…well…it’s an accomplishment of some kind…sort of like finding someone who only has a dragon tattoo on his/her back.  Find this 1990 Honda CRX offered for $3,500 in Leominster (LEM-ən-stər), MA via craigslist. Tip from Jdah. The 2nd generation CRX continued the same formula of light weight and small engines that delivered physics defying fuel economy numbers — particularly the HF version with the 8-valve D-series engine that would return 50mpg if you went easy with it.  But the CRX was no Prius-style penalty box, because its short wheelbase, snappy shifter, and balanced steering made if fun on the backroads. 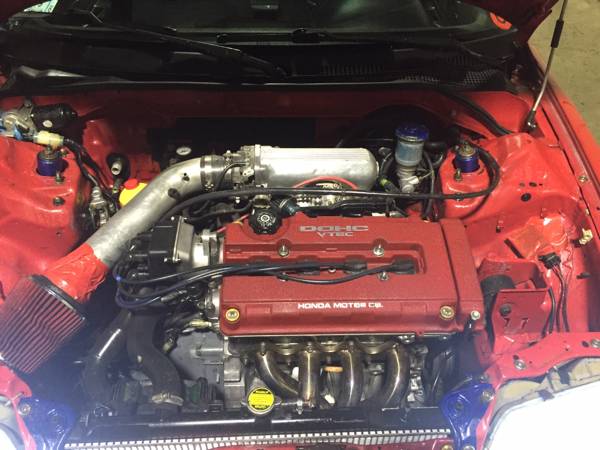 This might not be the perfect all-original & stock CRX you were looking for, but it appears mostly stock from the outside, only a peek under the hood reveals a few JDM touches.  The red thing with the pipes is identified by the seller as a B16, which should translate to a 1.6 liter DOHC setup with VTEC that pushes out a healthy 150 horsepower when new. 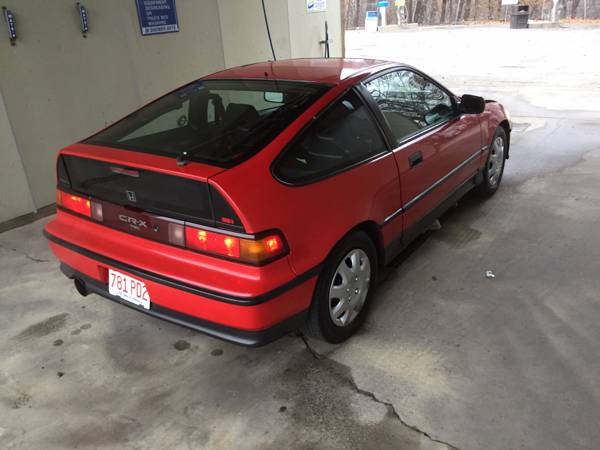