The scariest thing about going insane is that you really won’t know it until it’s entirely too late.  One day you’ll be walking down the street having a conversation about the benefits of water injection with a squirrel, which will seem totally normal to you, but some guys in white coats will take an interest and you’ll be eating soup in a straight jacket ’till you die from old age.  The real trick is to be able to recognize things that are insane and make sure to avoid them.  Things like eating ice cream with a fork, taking a bubble bath with a pet snake, listening to talk radio 24-7, drinking lighter fluid without ice, or driving an Isetta that does wheelies.  Like this 1957 BMW Isetta with Corvair power found here on eBay 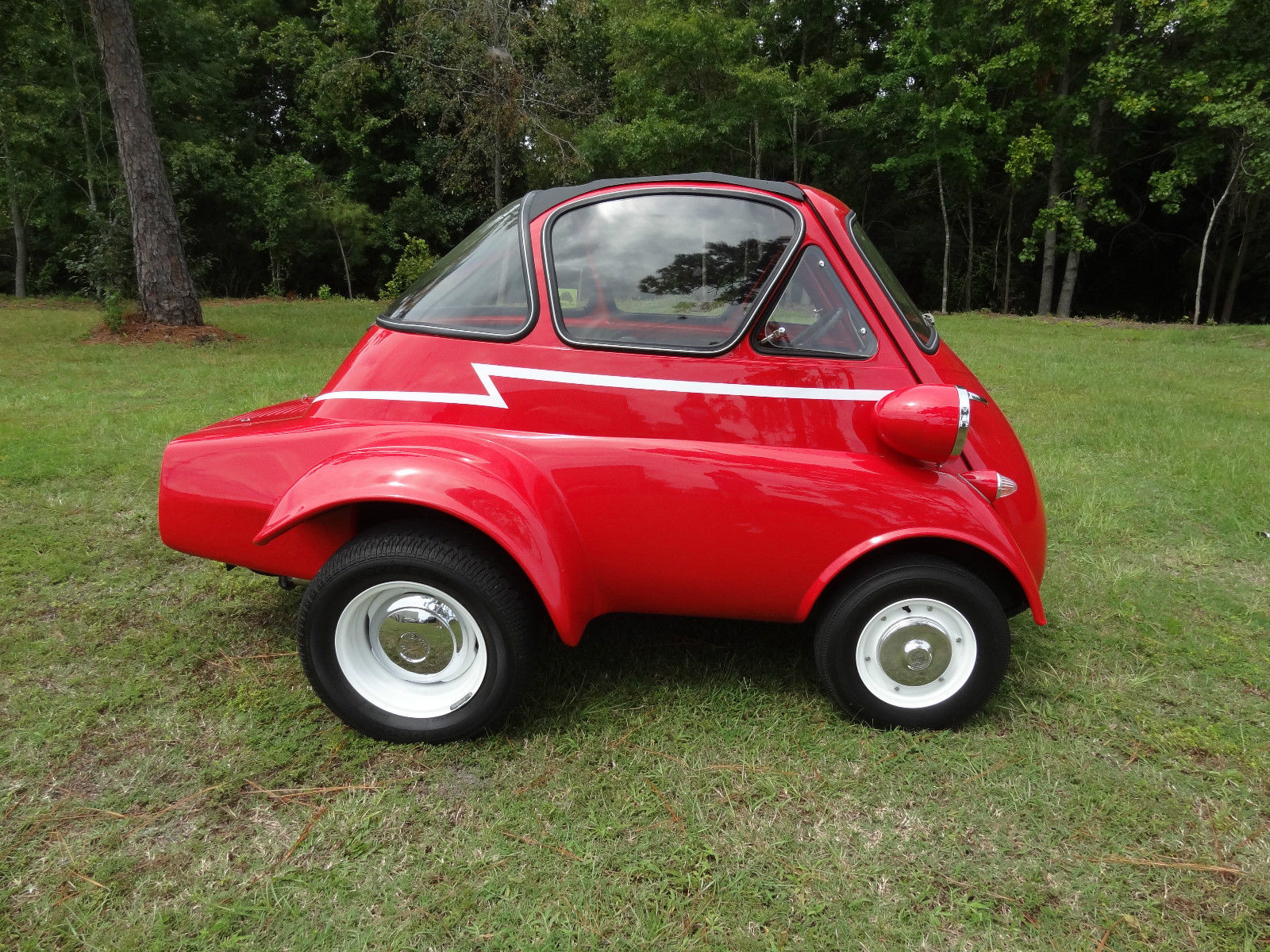 The Isetta was originally designed and built by Italian refrigerator
manufacturer Iso and produced by various manufacturing entities from 1953 through 1962.  It was small and slow, but returned great fuel economy, making it a cool little city car. 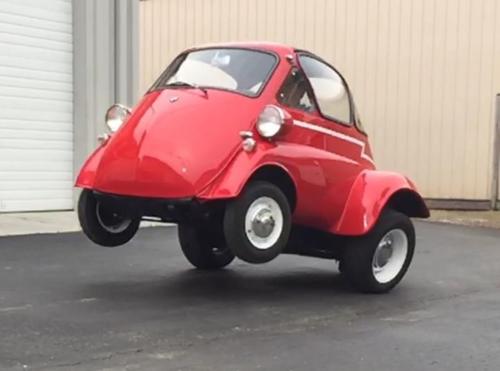 Originally the Isetta was powered by a 298cc single cylinder engine that put out 13 horsepower and allows for a top speed of 53 mph…but this Isetta now features a Corvair flat-6 out back putting out something like 150 horsepower. 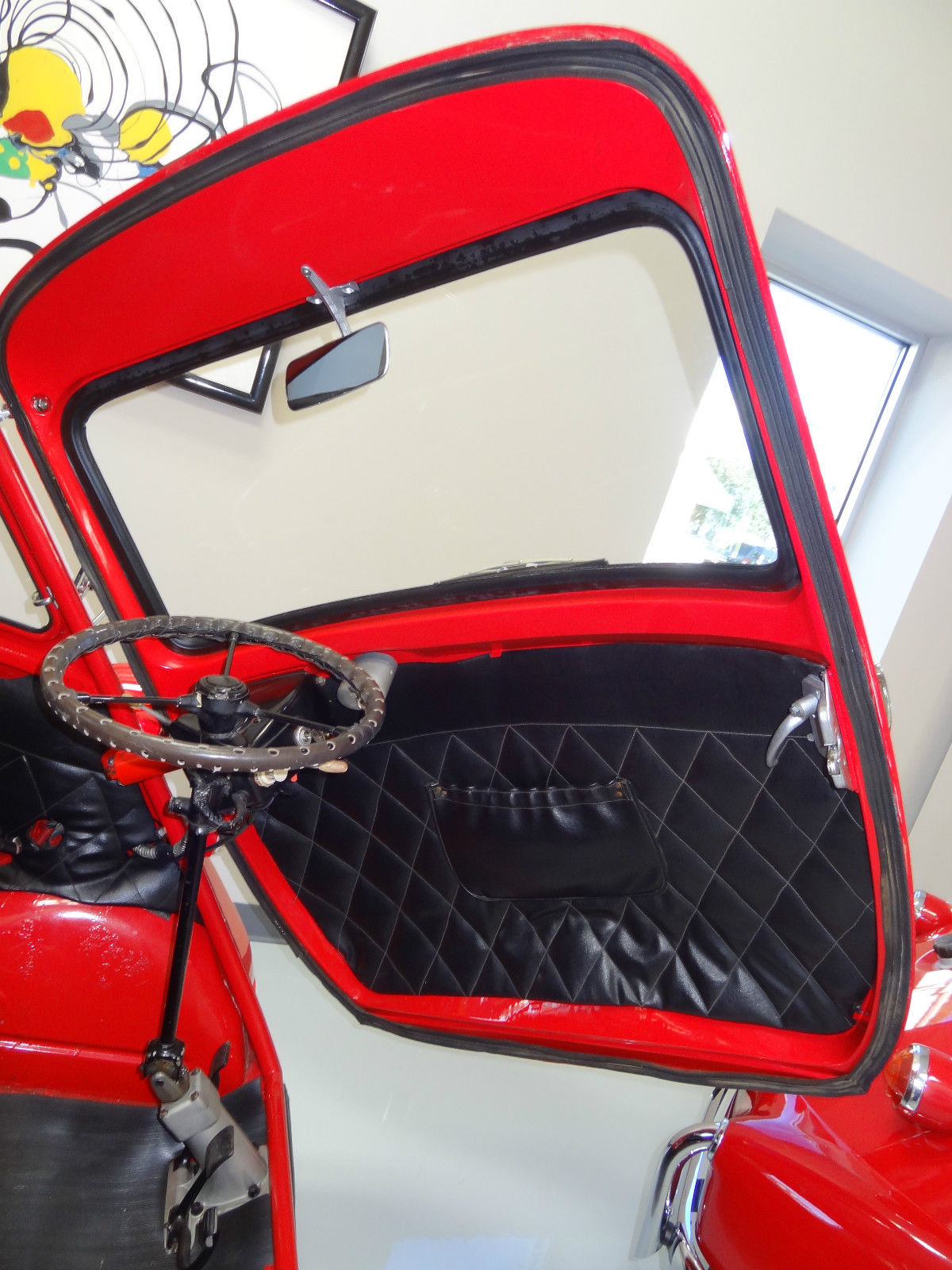 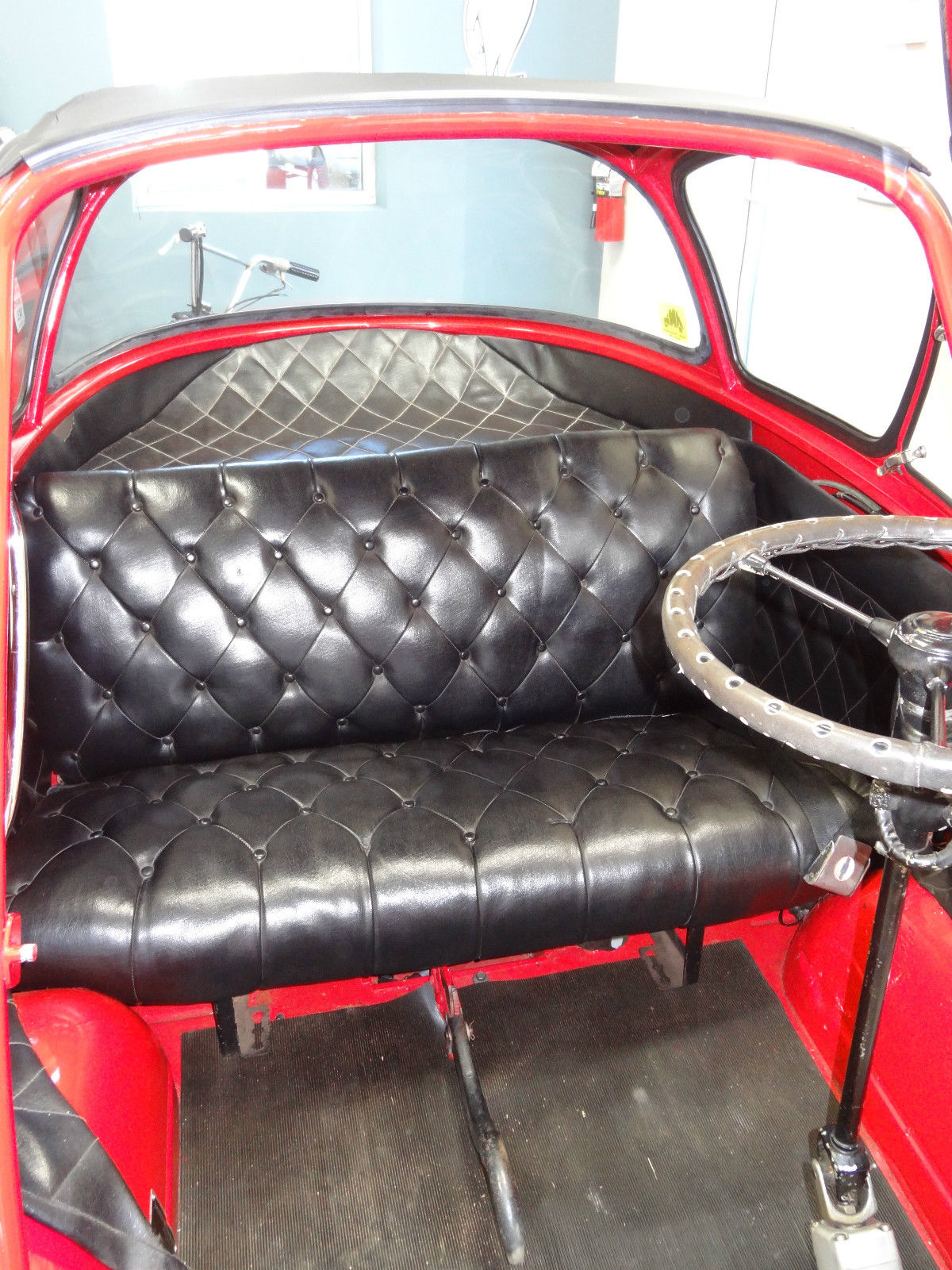 A quick peek inside reminds you that any collisions with other vehicles are going to be ugly. 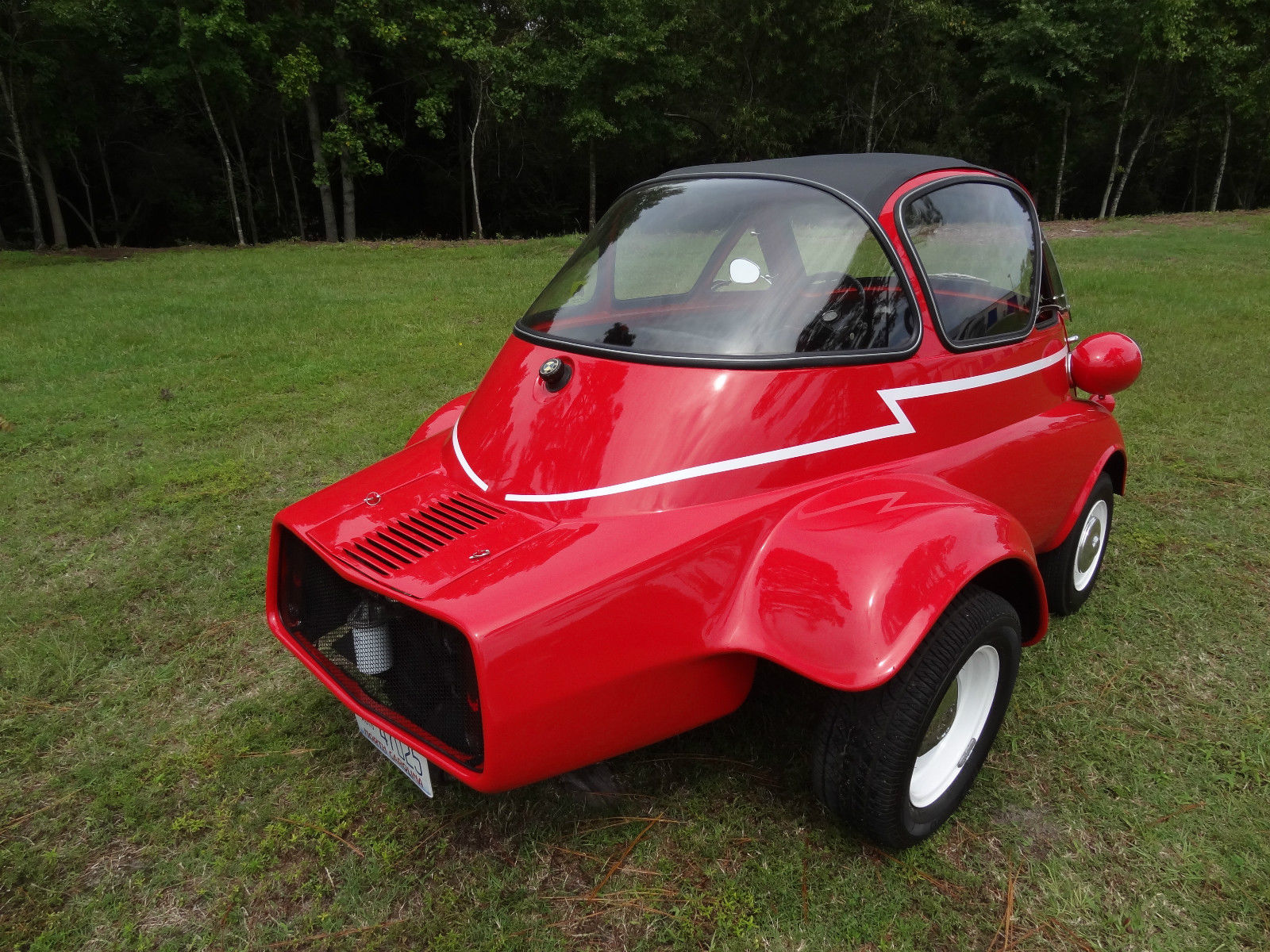