The E39 generation of BMW’s M5 brought V8 power and much needed injection of torque to the big 5-series bruiser in 1998.  The M5 was available as a sedan, but BMW never released a properly awesome wagon version, so you had a settle for a 540i if you wanted the dog friendly rear space…however, somebody solved that problem with this next car. Find this 2000 BMW M5 Touring offered for $24999 in Costa Mesa, CA via craigslist. Tip from Sean S who asked if we can bend the $20k rule for once…yes! 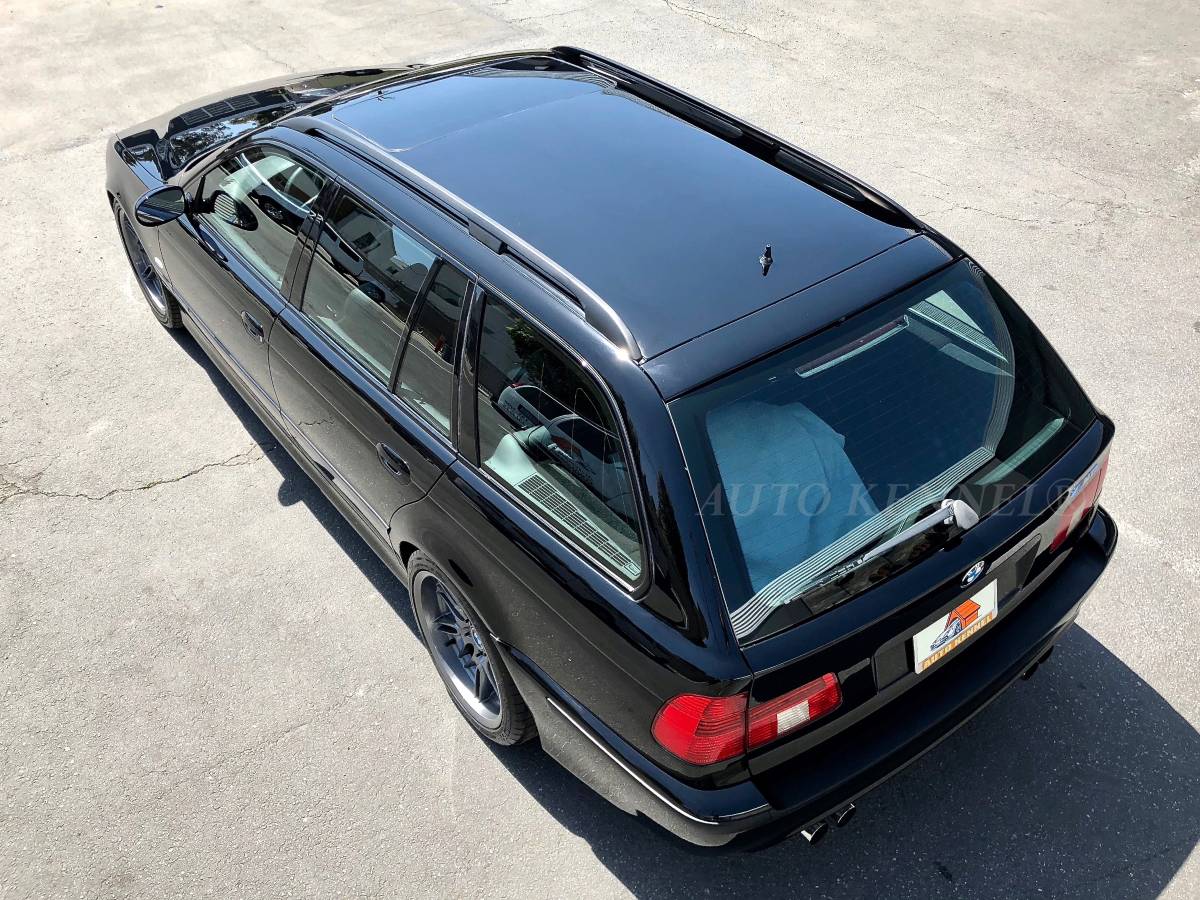 (about the same for the 540iT chassis)


The E39 (5-series) BMWs received huge accolades from the automotive journalism community and quickly created a loyal following among enthusiasts. The M5 (with its all new 5.0-liter V8 engine) created an almost cult collectible status overnight. The previous and later generations all came in a wagon or “touring” version. Although the E34 M5 Touring never made it to our shores, they were still available. However, what is considered one of the best designed and driving M5s, BMW never gave the green light to build an E39 M5 Touring. Speculation on poor projected sales killed the plans for production. 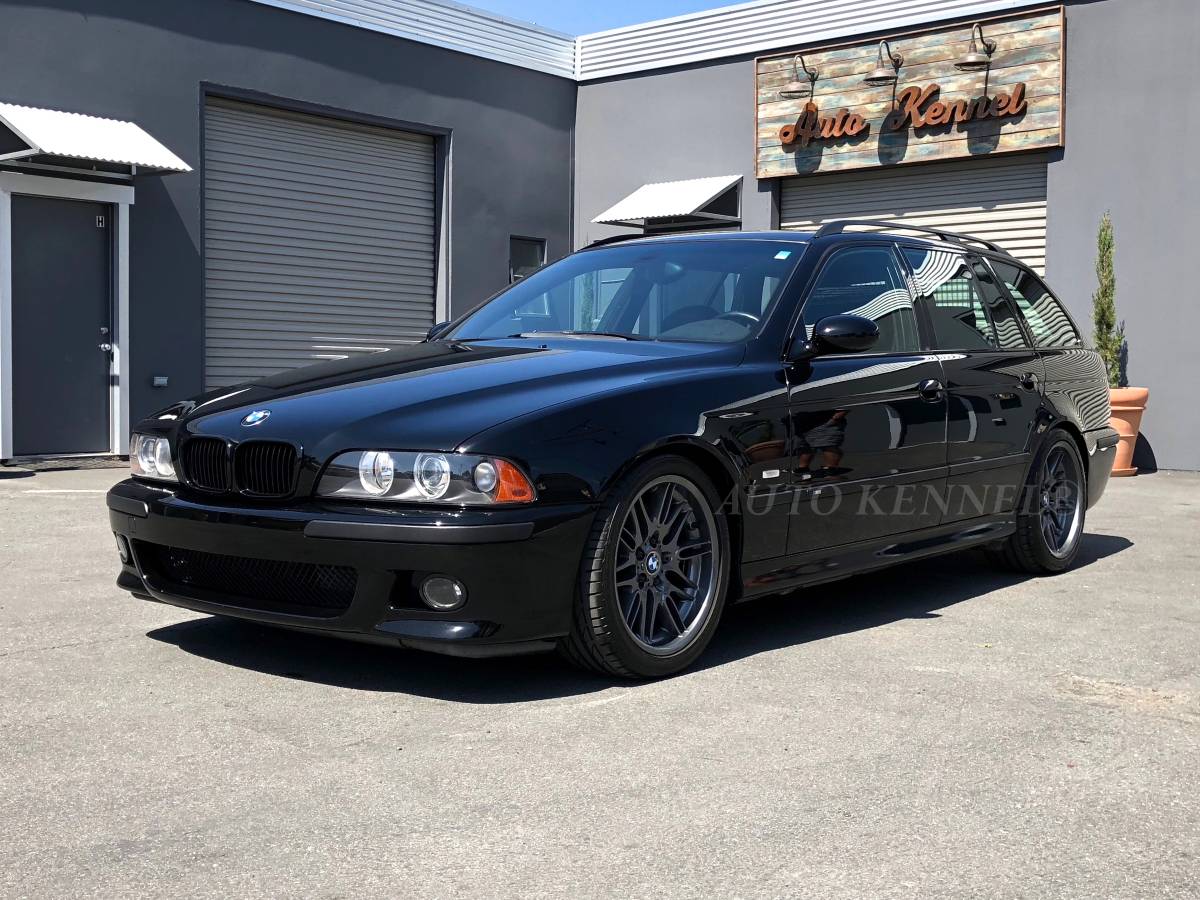 Many enthusiasts have pined for this kind of build and just a few have been done over the years. However, the build costs are usually quite prohibitive as you literally have to have two good cars to make one.

This BMW was built on June 14th, 1999 and sold new by Plaza Motors BMW of Missouri on August 11th, 1999. It started life as a 2000 BMW 540iT (touring) in Black with Tan leather. It came equipped with an automatic steptronic transmission. It lived for a few years there before being sold by a BMW dealer in California in June of 2002. It has been in California ever since.

By 2013, a local SoCal owner purchased the car and decided to build the car that BMW never built. So, he hired a local BMW shop in Riverside to do the conversion. Shortly after the work began, the owner decided to sell the project to the current local owner. It took over 9 months to complete. The 540iT was stripped down and completely repainted. The shop found an M5 that was used for the conversion. We do not know the miles or condition of the M5, but based on the conversion, it must have been in very good condition. Literally everything came off the M5 and was installed on the Touring. This included the engine, transmission, exhaust, suspension, instrument pod, and whole interior. The M5 rear trunk/spare-tire delete section was welded onto the touring as well. Also, the M5 bumpers were installed. The rear suspension was customized and the self-leveling system removed. New Bilsteins were installed. The rear seat is a different shape than the sedan, so the stock seat was reupholstered in the correct M5 leather. The black headliner, carpet, and thresholds were also installed. The conversion is spot on with a stock M5. 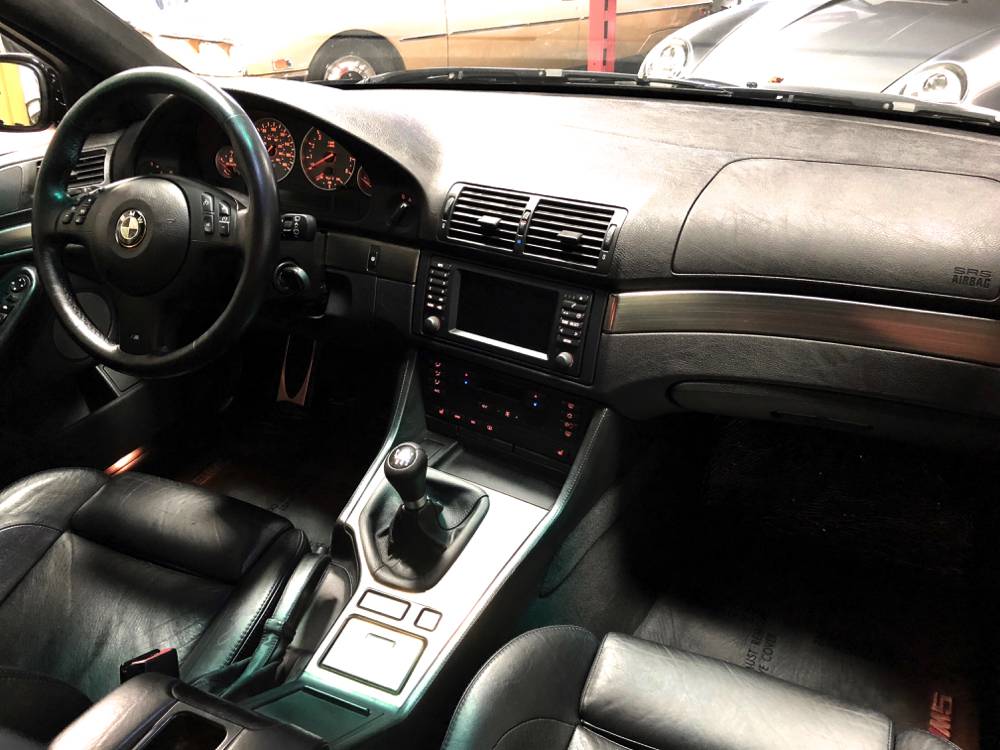 For the last 4-years/4k-miles, the current mature owner has used it for local driving. He’s a Porsche enthusiast, but was looking for something fun that he could also have room for his family and cold A/C. He installed the rear Michelin tires and had a 4-wheel alignment performed. He also took it to BMW of Riverside, CA for routine maintenance/oil services and inspections.

After this owner brought the M5 Touring to us, we had our local specialist perform a thorough pre-purchase inspection including engine leakdown test to verify condition. Overall, he found the car to be straight, dry, and in very good shape. The leakdown results were excellent: 1-2% off across all 8 cylinders. They also performed a fresh oil service and installed front brake pad sensors. The airbag light is on due to front seat belt receptacles and tensioners. The wiper blades need to be replaced. The rear wiper doesn’t work and the hatch release is missing the rubber seal but works properly (see pic). When the engine is cold and at start up, the timing chain makes a slight noise, but goes away in seconds. Also, there is a slight sweating of oil at the transmission bell housing seal (see pic). All in all, the shop found it to be a very solid example with no signs of abuse, damage, or corrosion. It is a very well-executed conversion.

This M5 Touring looks great and it’s hard to believe it wasn’t built by BMW. The details are excellent. The paint looks great and shows minimal signs of use with no major chips or dents. The glass is all original, including the windshield, which has a small chip right in the center (see pic). It’s only visible from the driver seat when the sun hits it just right. The M5 wheels were refinished and are wearing near full tread tires. The fronts are Bridestones with at least 75% life and the rears are Michelins with 90% life. The brakes have about 50% life. All the exterior lights work except the halo rings around the xenon headlights.

The interior looks equally as nice and is just as convincing as the exterior. All the correct M5 bits are in place including the steering wheel, gauge cluster, aluminum door/dash trim, and even sport button. The leather seats have no tears and show minimal wear on the exit bolsters. The carpet, headliner, and door panels all look fresh. The dash has no cracks in it. The rear cargo cover and net are present and in good shape. All the gauges work properly as well as most electrical functions such as sunroof, door locks, radio, mirrors, lights, and windows. The rear driver side window regulator makes a bit of noise and is slow, but still works. The A/C blows very cold. All the pixels on the display are fine as well as the navigation unit display.

From a driving perspective, this is an M5. It looks, feels, smells and drives just like an E39 M5. From the driver seat, you would swear you are in a much smaller car. Everything feels tight and nimble. It starts easily and holds a smooth idle. The throttle response is instant with incredible acceleration. It soars through the RPM range effortlessly. The transmission shifts easily with no grinding or slipping. The brakes have great initial bite with no fading or pulling. The steering is tight and responsive. Turn in is quick and it is very balanced. It tracks straight and handles the bumps nicely. 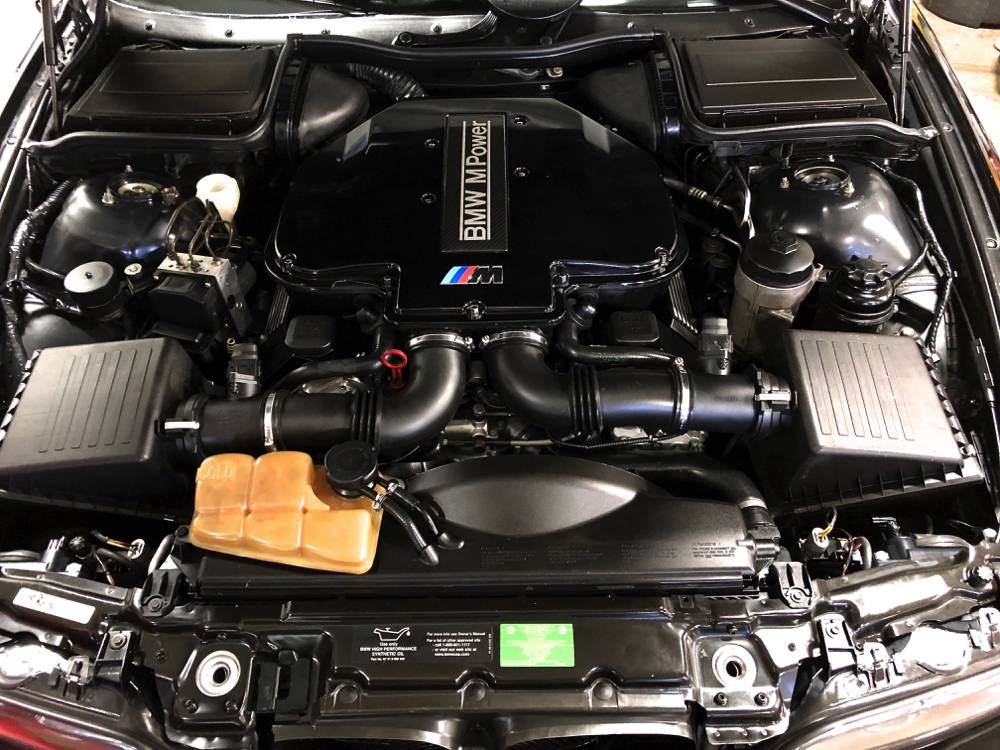 This vehicle was registered in California and until recently was current. This owner decided to run the car through California’s BAR (Bureau of Automotive Repair) for an approval of engine swap for smog. Although it passes the sniffer/pipe test for pollution, it does not pass the visual as it needs a heat sensor and connector, which is NLA from BMW. If a used one is sourced and installed, it can go through BAR for the strict California smog. We are only allowed to sell this for use out of state or to a wholesale/retail dealer.

**Note: VIN and other numbers withheld to protect against fraud. All numbers including VIN, Engine, and color will be provided to serious buyers.

For tons of photos, go to: www.AutoKennel.com


This vehicle is sold “as-is” with no warranty, written or implied. In some cases, the vehicle does have the remaining factory warranty still in place and will be described above if that is the case. All taxes and fees are the responsibility of the buyer and are not included in the listed price. All vehicle sales will require a $65 document fee. The vehicle listed is described to the best of our ability. The information is based on our own research and statements made to us by the previous owner(s). To the best of our knowledge, the above information is accurate. We are not responsible for errors in our description of options or any other details. The above-mentioned vehicle is used and can be expected to show some wear and tear. It is not a brand-new vehicle. We do welcome all local pre-purchase inspections on vehicles in order to verify condition. 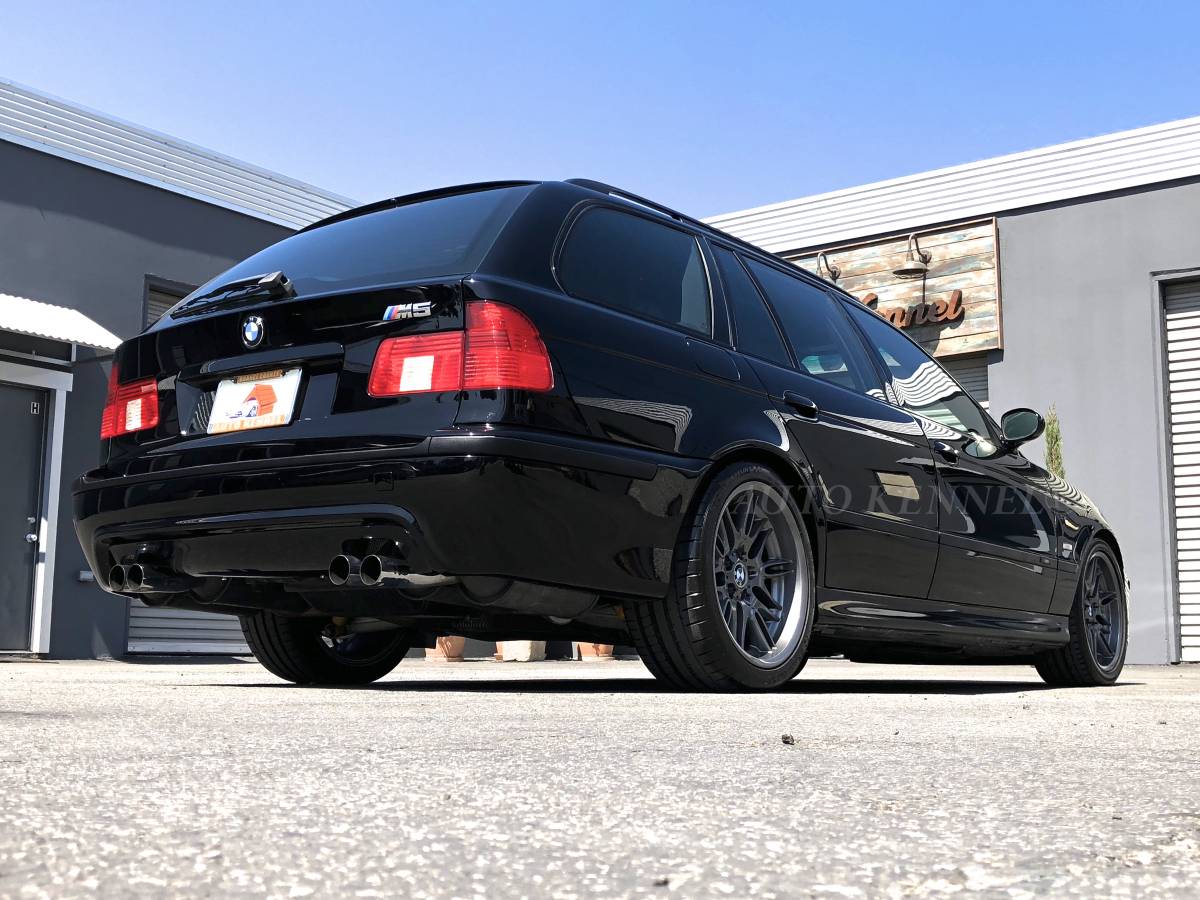