What we knew here in the States as the Volkswagen EuroVan was technically the 4th generation of the Transporter / Type 2 / Bus / Kombi / etc, but was the first of the classic bread loaf VWs to have its engine and drive wheels up front, finally ditching the rear/rear setup of old. In its day it confused consumers and auto journalists alike, who couldn’t quite peg it as the classic quirky Wolfsburg formula any longer, but it was also too tall & boxy to fit in with the rest of the FWD minivan crowd. From the perspective of 2016 we can see it was an early foray into the compact space efficient modern European van formula, which has crept its way into the US commercial & passenger vehicle landscape and is here to stay. Find this 2002 Volkswagen EuroVan for sale in the greater Los Angeles area, CA for $5,800 via craigslist. 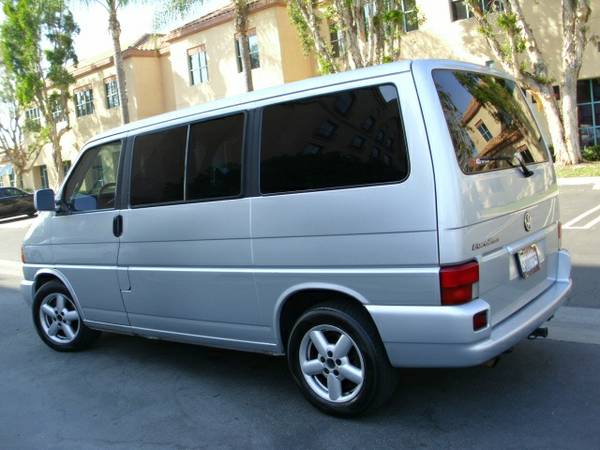 I have to admit I was a bit inspired to hunt for T4 Transporters (as the 4th-gen Type 2 was officially known) by this van-lovin’ post on Jalopnik on Friday. The author makes the point that there’s nothing inherently wrong with minivans, and if you need to haul 4 to 8 people around with their stuff in comfort, you should just get a minivan and not be ashamed of it, dammit. I’m paraphrasing here but this is a valid argument, even for a Daily Turisti such as myself. I personally don’t need a van, but if I did, I’d look towards the quirkier side of the one-box market to vehicles like the T3 / Vanagon, this EuroVan, or maybe the mid engine / AWD Toyota Previa. 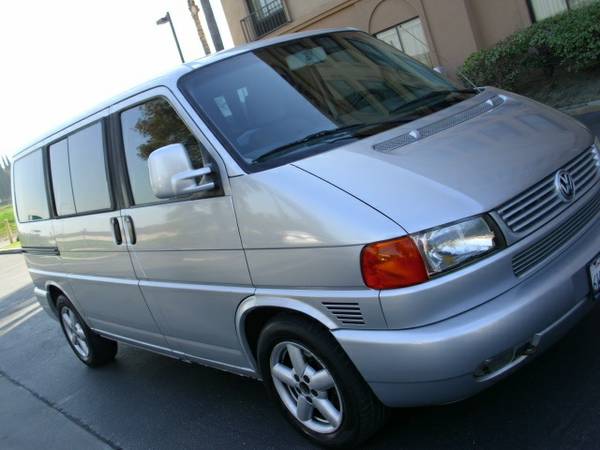 For your money, you’d be getting a tall box on wheels with a rather classic VW look, compared to today’s new vans. The footprint is small when compared with the volume of usable space inside, and it’s got a fairly modern VR6 engine under the front hood. The final few years of the EuroVan in the US were the most powerful versions made, with 201 hp and 181 lb-ft of torque from 2.8 liters of displacement twisting those 5-spoke front wheels through a 4-speed automatic transmission. 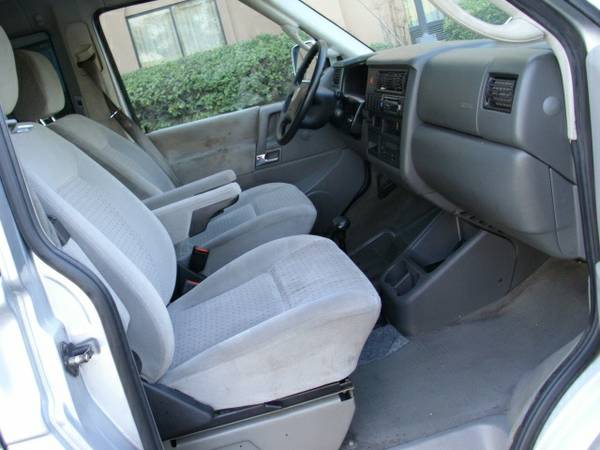 One benefit to putting the engine up front, other than the increased frontal crash protection offered by the added structure in front of the driver & passenger, is the fact that there’s nothing under the rear load floor to get in the way of precious cargo space. The front drive setup also means no driveshaft tunnel or rear differential to take up floor space, so you get a large, unencumbered box to do whatever you need it to do. 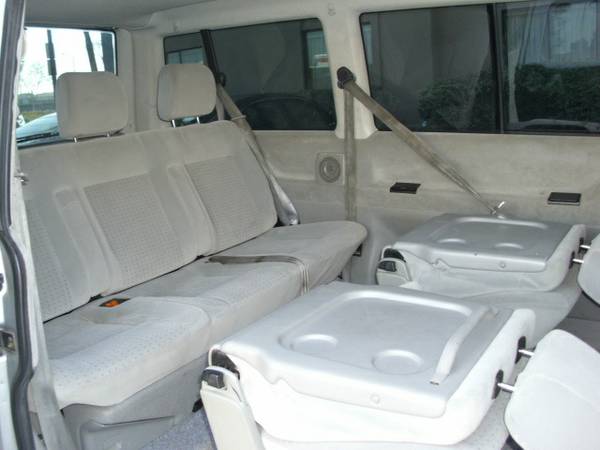 Sure, there are Winnebago and Westfalia camper versions of the EuroVan with beds, sinks, and pop tops, but prices for those are starting to rival the earlier buses and Vanagon campers – like in the $30k range. No thanks, I say to that. Give me the exact same body and mechanicals for about 1/5th of the price and I can figure out how to sleep and cook some food at the campsite. Hey look – the middle seats even fold forward to make tables, and the rear seat may also fold completely flat to form a bed (although that may have been only on the MV models – correct me if I’m wrong, guys). 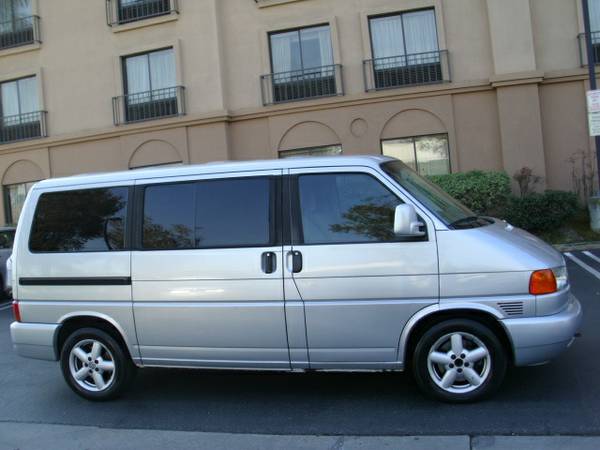 This thing is cool in an uncool, nerdy, square kind of way. Newer minivans are nicer and swoopier and more stylish but definitely blend in with the commuter herd. If you need a modern van but want to retain your reputation as the kook who drives weird stuff, this might be the ticket. Not to mention it’s much cheaper than a Transit, Transit Connect, Ram Promaster, or Sprinter.

See a funkier box on wheels? email us here: tips@dailyturismo.com