The Mercedes-Benz W116 S-Class continued the tradition of flagship luxury where the W108 left off in 1972.  Styling was by Friedrich Geiger and it was the first production turbodiesel sedan to be released into the wild by Mercedes-Benz…or anybody else for that matter.  Today’s example needs a little TLC, but has plenty of miles under her belt and plenty to go.  Find this 1979 Mercedes-Benz 300SD W116 offered for $1200 in Bothell, WA. 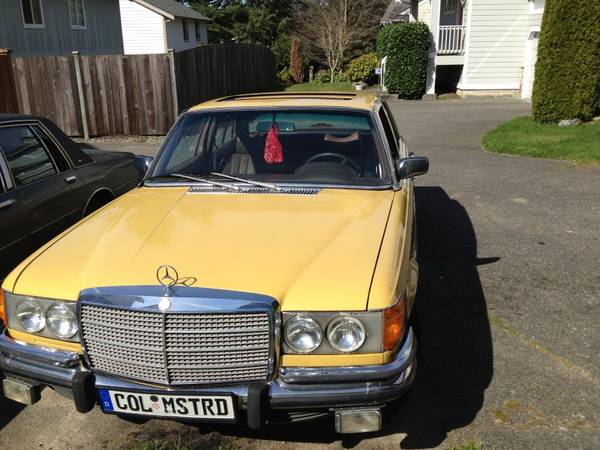 It has generally been my observation that you don’t get much car for $1200 nowadays…but this hunk of Teutonic steel is the exception that proves the rule.  This wasn’t the first diesel engine in a Mercedes-Benz, in fact they have been using them in their passenger cars since 1949, but it was the first time they put one in a high end luxury sedan and slapped a turbo on for good measure. 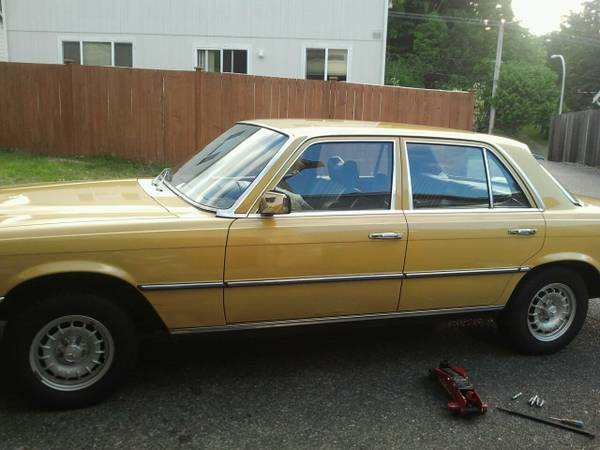 Somewhere under that taxi cab yellow hood is an OM617 inline-5 cylinder diesel that was rated at 121 horsepower and 170 ft-lbs of torque.  Interestingly enough, the oil burner was only available in US and Canada, while the rest of the world only got inline-6 and V8 gas power. 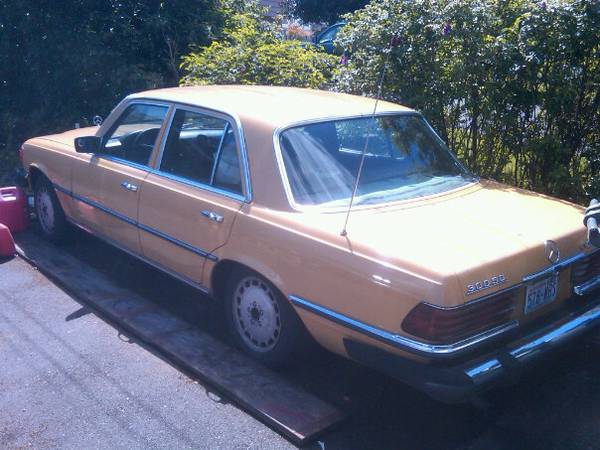