Coffee Brake: Who is Your Favorite Driver?

Us enthusiasts pretty much all like to imagine that we’re fantastic drivers when behind the wheel, whether the wheel in question belongs to an ’80s Tercel in a high school parking lot, or an E36 M3 singing around the local road course. But the truth of the matter is that the guys and gals who are really, really good at driving start when they are 3 or 4 years old – or just have some natural innate ability to go faster than everyone else while making it look easy. So who’s your favorite? 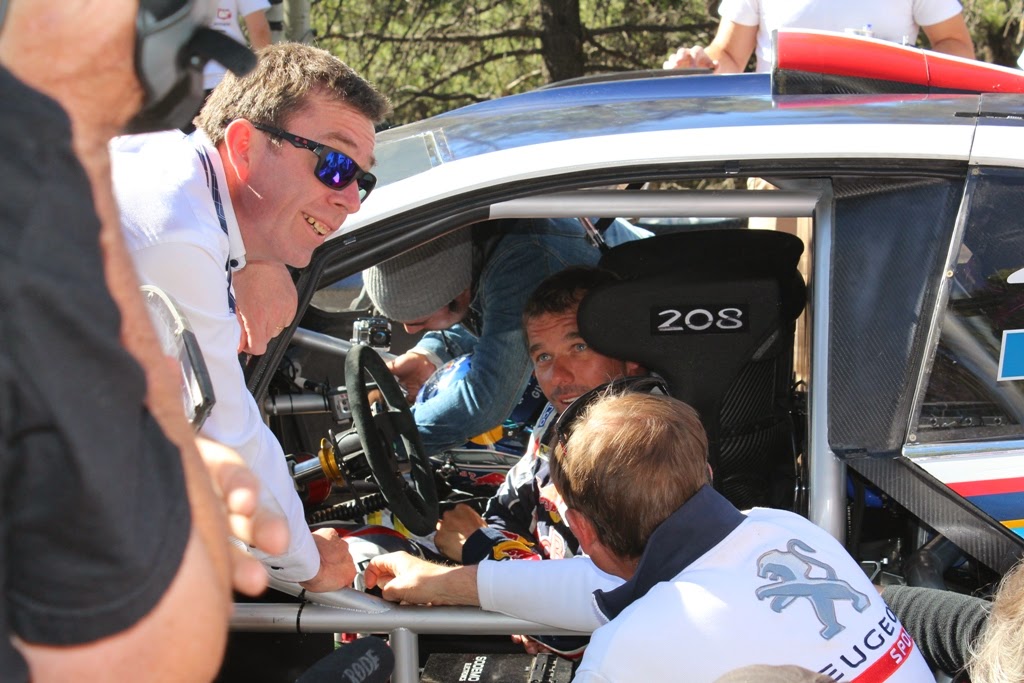 I was lucky enough to be behind the camera and capture this moment at Pikes Peak last year, during the Wednesday practice for the monster hill climb. Former gymnast and 9-time WRC champ Sébastien Loeb has just returned from a run up the lower section and is giving a download to the Peugeot Sport team and Director Bruno Famin (left). I was awestruck by the man and his 208 T16 – basically an LMP1 car in a tube chassis wearing a hatchback body. I’ve always admired Loeb for his no-nonsense professional approach, car control skills, and ability to dominate consistently. Granted, watching him win rally after rally got a bit boring in WRC, but seeing the record demolishing run up Pikes Peak last year was amazing.

I am always impressed by how the fastest drivers seem to be just barely moving the steering wheel. A driver making smooth inputs with a light touch allows the vehicle to do its thing with the minimum of disturbance, and a maximum of tactile feedback.

Here’s my short list of favorite drivers, since I can’t choose just one:

Mark Donohue: American driver in Indy, Trans-Am, Can-Am, Le Mans, and Formula 1. A mechanical engineer, very analytical and humble guy who happened to be really decent behind the wheel. Tragically died from a cerebral hemorrhage sustained in a crash during testing for the 1975 F1 Austrian Grand Prix.

Sir Jackie Stewart: Scottish F1 World Champion and champion of safety in motorsports who has saved countless drivers’ lives with his efforts. Huge proponent of plaid on every surface. Stig Blomkvist: Swedish WRC champion, pilot of Saab 99s and Group B Audi Quattros; master of car control in any condition. Would make you look like a beached whale in comparison if you raced him on ice. The Stig as far as I’m concerned.

Who is your favorite driver and why?