This guest Coffee Brake was written by K2 Mystery Car

Evolution is a cruel mistress; it creates fearsome predators
that devour every tasty morsel in their path. And then, something funny
happens…the razor-toothed dinosaur that’s born with tiny legs, the
lightning-quick tiger who can’t see more than two feet in front of its nose and
other oxymoronic natural creations that boggle the mind.

Like those natural mistakes of yore, automakers have offered
similar combinations; hot cars with feeble engines, the better to make a fast
buck from a buyer who wanted the look but couldn’t afford the power. Known for
their lack of features and a lackluster power plant, these are “stripper” cars,
decontented to serve the almighty dollar and service the painfully poor
enthusiast.

Not many have fond memories of Camaros and Firebirds saddled
with Iron Duke four-cylinder motors and Lima-engine Mustangs. But times have
changed; the efficiency of most engines on the market today have increased
significantly; there’s even excitement surrounding turbo-charged four-cylinder
examples of those very cars. Gone are the low horsepower ratings and the
embarrassment of driving a sporty car that can be out-gunned by a family sedan
from the stoplight. Enthusiasts now revel in a higher level of simplicity,
better mileage and less weight, though these days the last two factors are no
longer as significant as they once were in comparison to their upgraded engine
model mates.

So maybe you’re interested in what’s happening in the used
pony car market, you’d like to enjoy lower insurance rates and you don’t really
have the need for a million-horsepower monster under the hood for a quick zip
down to the grocery. Other than the obligatory Mustang-Camaro showdown, I’ve
added three cars that came quickly to my mind as competitors. Why haven’t I
included other cars in this comparison, you may ask? Well for no other reason
other than random choice and we all know what happens when you poke the GCG
(German Car Groupies).

Here’s where we’re at currently with values, assuming a car
with 60,000 miles, in “average” condition and not factoring in any options.
Pricing in your neighborhood will be different; these numbers should be used
for comparison only and were obtained by averaging the retail values provided
by Kelley Blue Book, Edmunds and NADA.
See those websites for more detailed information.

The 2010 Chevrolet Camaro 1LT features 304 horsepower, 273 foot-pounds of
torque in a rather claustrophobic 3,780 pound retro-styled body and the 0-60 run
happens in approximately 6 seconds with the six-speed manual transmission. 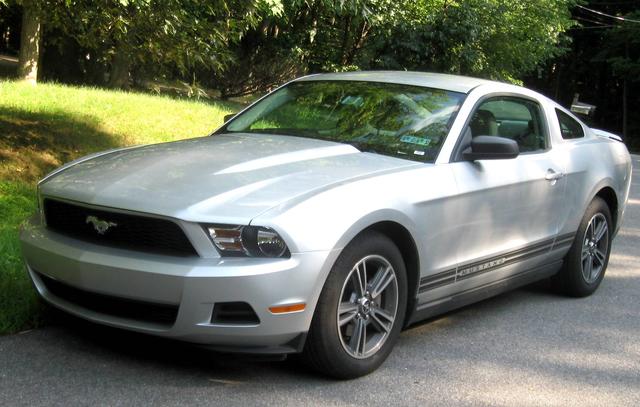 Having basically invented it pony car market, Ford’s Mustang has always been a
heavy hitter. The 2010 Mustang Coupe V6 is motivated by 210 horsepower in an
evolutionary body that weighs 3,400 pounds and is shifted through a five-speed manual.
Ride those ponies for all their worth and the 0-60 run takes 6.5 seconds. 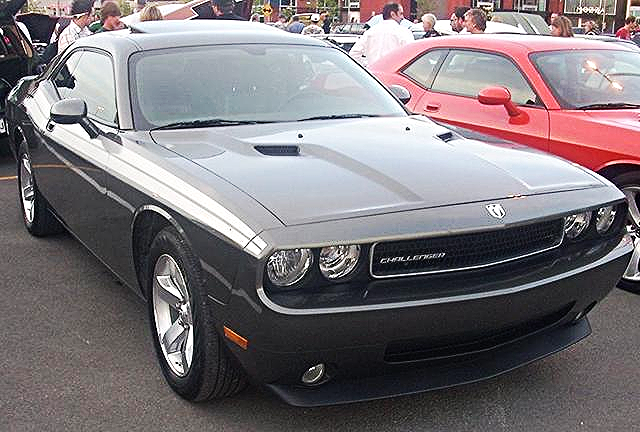 Many enthusiasts and the media poke fun at Dodge Challenger for being
overweight and ponderous to drive. I’ll leave it up to you to decide if you
agree with that opinion but the Dodge Challenger SE V6 has 250 horsepower in a
retro body that weighs 3,720 pounds and is only available with a five-speed
automatic, which made for a 0-60 saunter in 7.4 seconds. 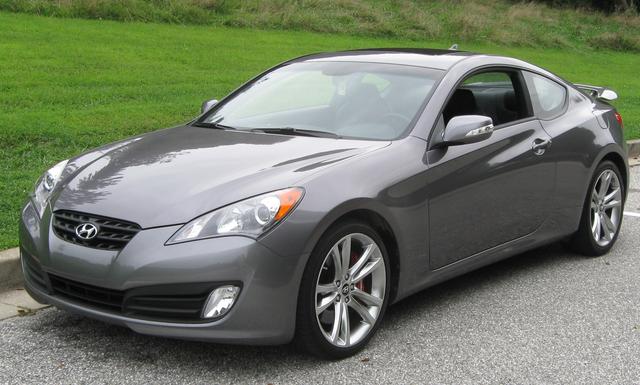 In a reversal of our premise, the underdog Hyundai Genesis Coupe 3.8 has a 306
horsepower, 266 foot-pounds of torque V6 as the upgraded variant, with no V8 on
offer. The 3,389 pound Korean coupe with a six-speed manual will haul your kimchi
0-60 in 6.0 seconds. 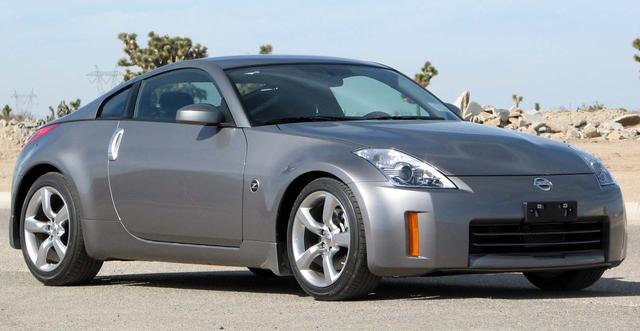 If you’re unconcerned about a vestigial back seat, the Nissan 370Z (G37 Coupe
aside) is a superb choice. The base line model features 332 horsepower, 270 foot-pounds
of torque in a relatively svelte 3,232 pound body, which results in a 0-60 sushi
roll in 4.5 seconds, meaning you can (and must) choose to drive away quickly from
those hitchhiking twins.

Which of these five cars would you choose and what’s your
favorite (clean) stripper joke (and who doesn’t love a clean stripper)?

Big thanks to K2 for writing this story, images via creative commons.