The 24 Hours of Lemons is the only race series where a sportbike-powered MR2, diesel 911 with googly eyes, and 2WD Jeep Cherokee can share the same corner.  Rewind to 2006:  My LeMons experience started when I found myself strapped into an E28 BMW 535i wearing Hoosiers while driving around the kidney bean shaped track known as the Altamont Raceway Park, famous for a Rolling Stones concert where somebody who tried to shoot Mick Jagger got stabbed by a Hells Angel acting as concert security.  Back inside my questionably constructed “race” car, I wasn’t worried about being stabbed, but I was concerned about other lunatics on track. Early LeMons races resembled freebee day at the Goodwill, except instead of shopping carts, all of the homeless brought 3000 lb ballistic missiles.  It was like being on a Tijuana equivalent of the Autobahn while trying to flee the apocalypse. On the second lap, I was looking for an excuse to pit and tell my team that that car was broken…but by the end of the stint, I didn’t want to get out.  Fast Forward to 2015:  The Kawasaki sportbike engine cranks lazily and fires up to an impatient idle.  I nudge the sequential shifter into first, slip the clutch and immediately stall the engine.  This is going to be interesting.

If you are not familiar with LeMons racing, I suggest you read the Car & Driver LeMons section, specifically stuff written by Murilee Martin “Aka Judge Phil.”  Back on track, the first few laps are full course yellow with a slow parade of cars warming up.  I tried to get the hang of left foot braking and shifting without the clutch, but give up and use the clutch because the simian portion of my brain is telling me it is going to be ugly if I try to get fancy with this beast.  As soon as the green flag drops, I give the little screamer the beans.  Wow, this is not your average MR2. 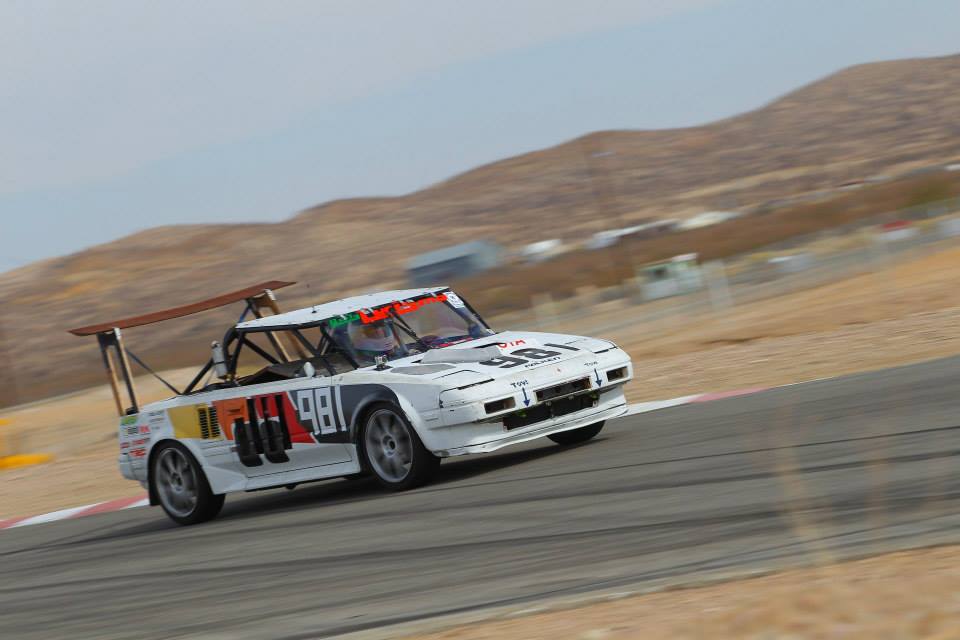 I’ve raced in a few LeMons cars (with Black Iron Racing when they won Peoples Choice at the inaugural 24 hrs of Lemons (2006), 1st place overall the 24 Hrs of LeMons in 2007, peopleâ€™s curse in 2009 with a BMW 540 that was re-decorated as Jeepney and then won ChumpCar race in 2010, later ran a 325i decorated car as Brougham) but from a driver’s perspective, this thing was in another league.  It was an absolute blast to drive, the
rear end was twitchy as an acid tripping lemur, but in a good way.  Loose is fast...right? Power and
torque from the passenger seat mounted Kawasaki engine was great anywhere in the rev range, and grip was impressive.  It never felt particularly planted, but the tradeoff was speed whenever and wherever I needed it.  And the noise…the noise was incredible, and probably caused permanent hearing loss, but that is a small price to pay. 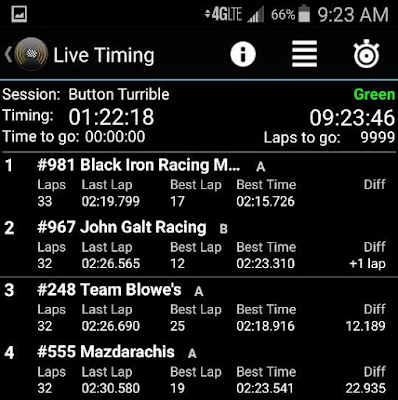 After a few minutes, the field spreads out and things are looking good.  At least, I’m not getting passed by anybody.  By lap 31, we are in first place out of 110 cars, and we are leading the race when I pull in for the first pit stop.  A new driver jumps in, and I get a break from the miserable heat that is Buttonwillow in the dead of summer.  Driving in the heat is like sticking your head in a pizza oven — thankfully the car has a properly sized cooling system for engine and driver (Volvo 240 radiator up front, cool-suit ice chest in trunk). 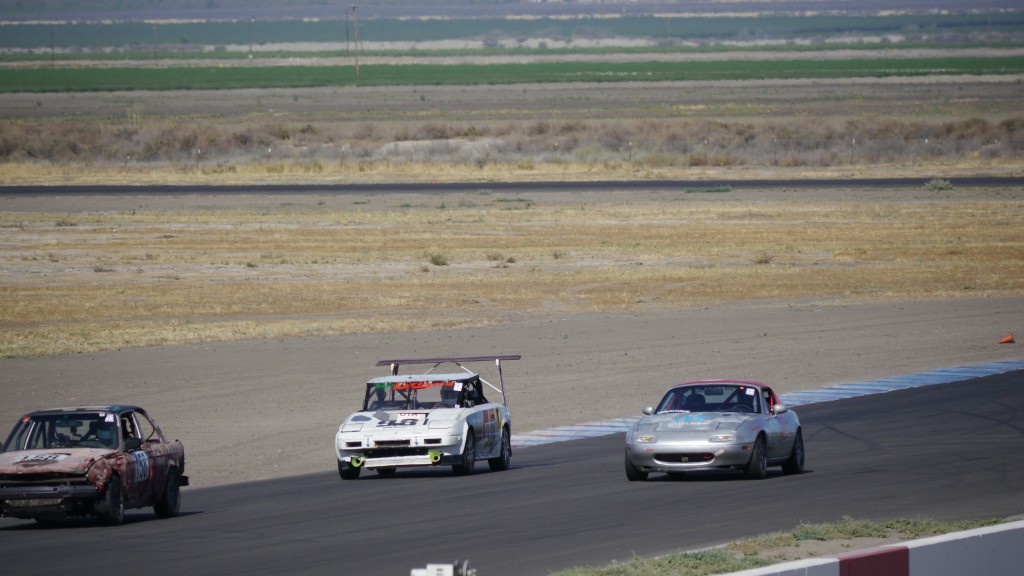 A few notes about the car — it didn’t set the fastest lap of the race, but it was very flexible in traffic and very well should have set the fast lap if piloted by a hot shoe driver (I am a luke warm flip flop when compared to some drivers I’ve seen in LeMons). Around Buttonwillow, it felt like it needed shorter
gearing when leaving the off-ramp (turn 1) in 2nd gear, but 1st was too
slap-happy (not sure if it was the wheelie limiting issue related to the bike motor, or just a chain-driven resonance).  The little screamer was really fast through grape vine, club corner, bus stop, but I didn’t
like the speed I could carry into truck stop – it felt like it was
going to wash out into the dirt.  Riverside through Phil hill was great —
faster than most and the little whippoorwill was a menace thru the esses.  Why then, did I leave the track heading into the final turn (sunset) at the beginning of my second session? 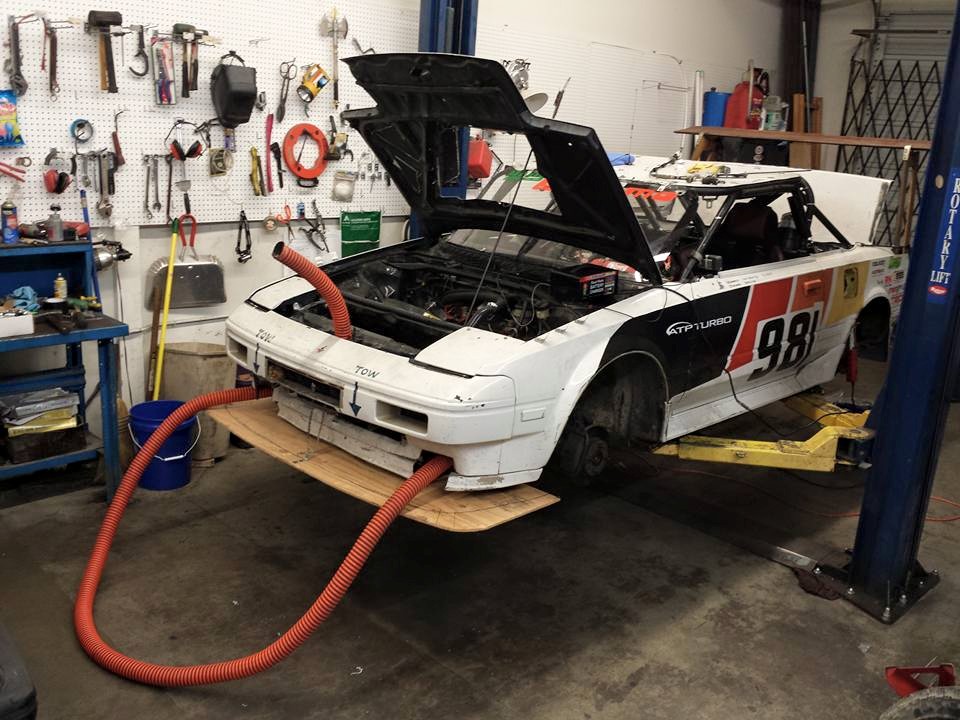 I’d love to blame it on the brakes, and they were a bit sketchy — you could get
one-to-two good fast hard laps in and then the brakes would feel vague
(lots of effort = not a lot of stopping) — but in truth, I just missed my braking mark after passing a decently quick car, and didn’t stand on the brakes hard enough to get it turned in.  100% loose nut behind the wheel.  The brakes did get some upgraded “custom” cooling before this race, but they were still not what I’ve come to expect from the average LeMons car running on 190 treadwear tires (that 540i with 275mm wide rubber and huge Hawk Blue pads amazing on brakes), but they were easily as good as most other fast cars on track.

Back on track, after a trip to the judges station for a quick word with Herr Jay Lamm (who recommended I keep the car on the track and kindly let me on my way), I continued at a slightly more conservative pace and kept the car together until time for re-fueling about 2 hrs later.  Everything was fine, we were in 4th place, hot-shoe Bill was making up positions, the race was going great…until — kablammo. 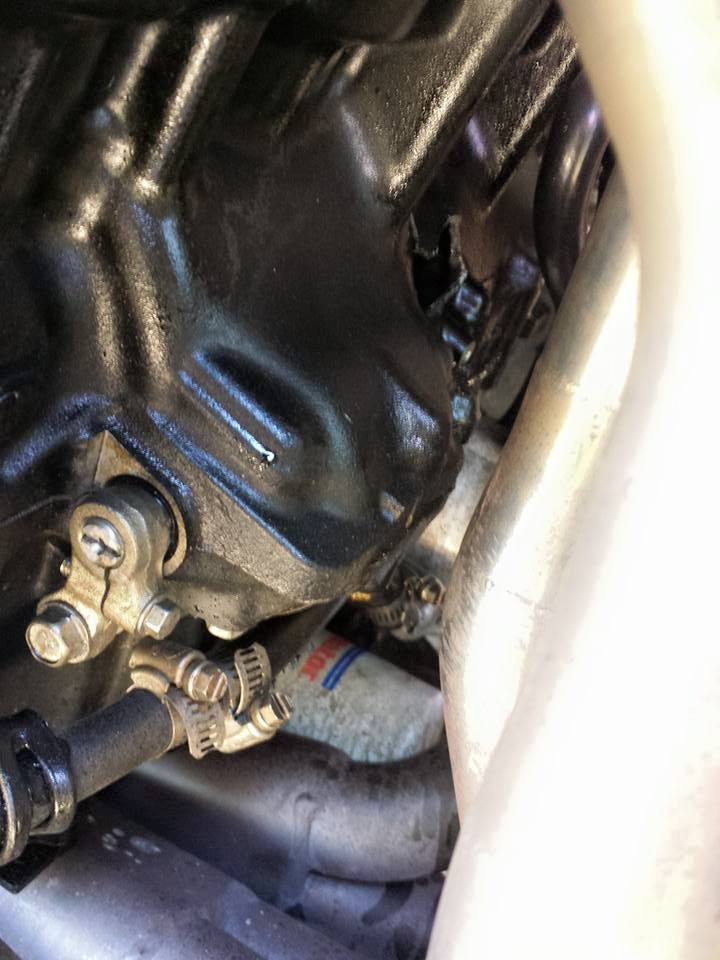 It seems that some of the spinning bits inside the block casing longed to be free of their metal prison.  This meant the end of the race for the MRSakibomb, and realization of the appropriately ironic suffix –bomb. 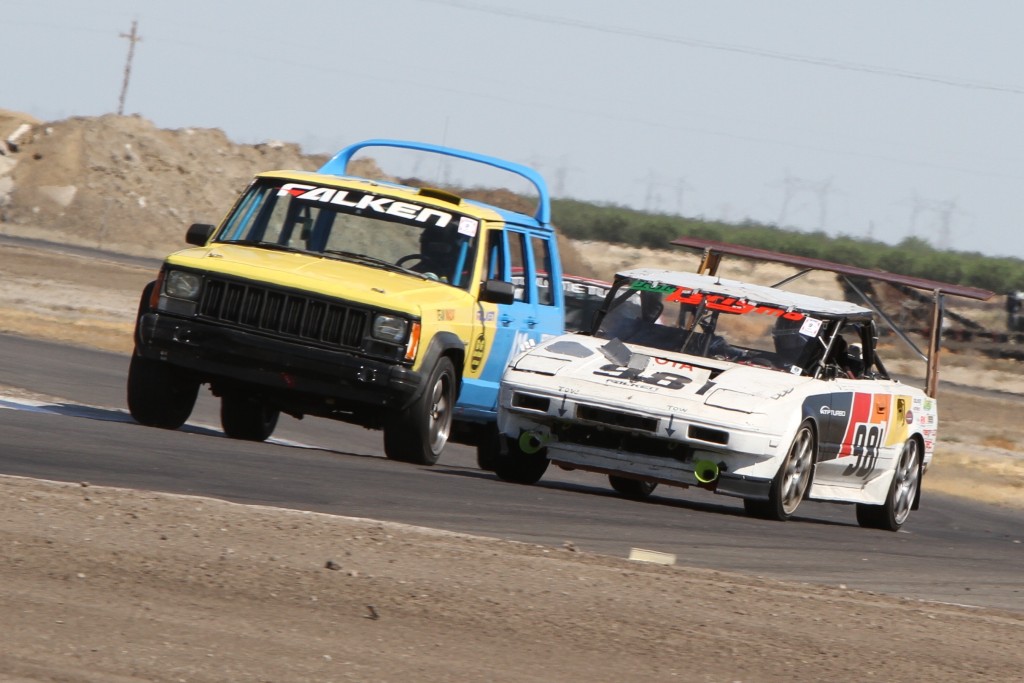 Without a spare engine, our racing weekend was done, and the MR2 will return, but for now it sits forlornly in the corner of the BIR shop, thinking about what it has done, and the BMW 325 Brougham prepares for its injection of V8 power.  Stay tuned.

Big thanks to Dan & CFlo for prepping the car, hauling it to the track and then watching me and Bill race. Regrettably, the main guys who built/prepared/own the car didn’t even get a chance behind the wheel at this event due to the engine failure — many beers owed.

Final thanks to Nick Pon for taking the on-track photos and Murilee Martin for letting us use them.  -Words by DT E-i-C Vince.