I always chuckle when I think about how Carroll Shelby spent much of his time suing companies who built Shelby Cobra replica cars when it was AC Cars gorgeous Ace that is being plagiarized by every Tom, Dick, & Harry with the space to make a few welded frame chassis and fiberglass molds. The AC Ace was a British built speed machine, so it only makes sense that you’d build a replica with a properly British Jaguar V12.  Find this 1965 AC Cobra Replica V12 offered for $6,000 in Camarillo, CA via craigslist. Tip from Sean S. 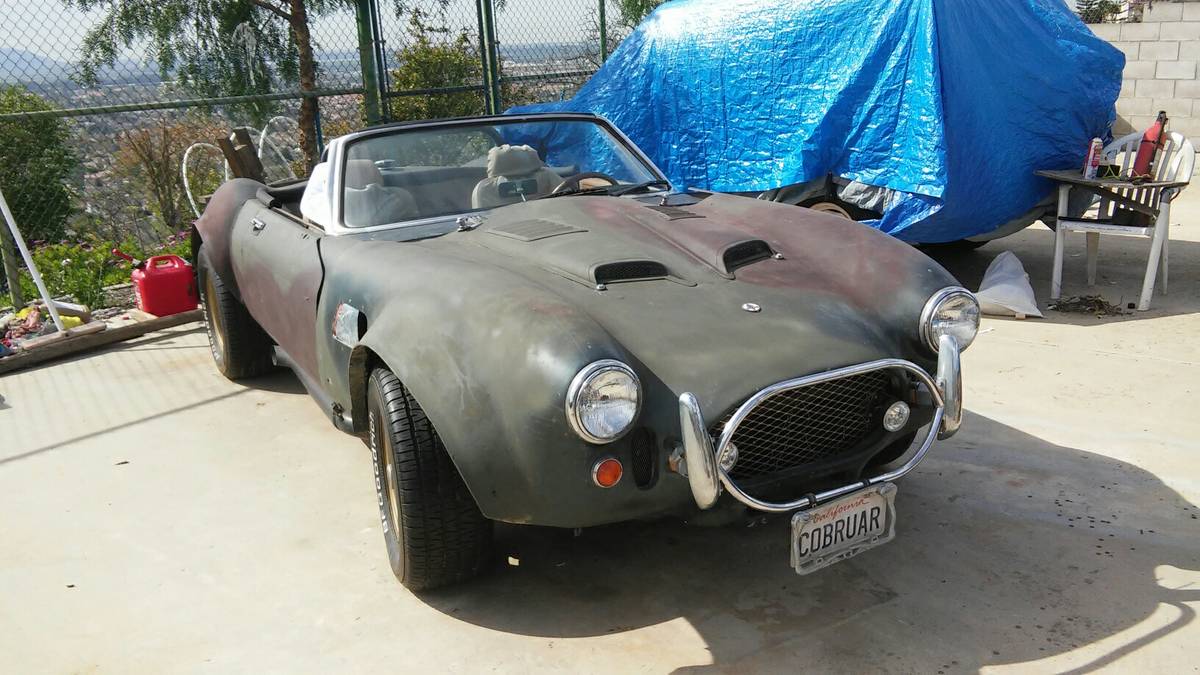 This isn’t the best example of a Fauxbra replica — the Firebird inspired ram-air snorkus hood is tragic, the panel fit is worse than an 80s Oldsmobile and somehow it appears that the fiberglass is rusting…BUT…BUT…just pop the hood. 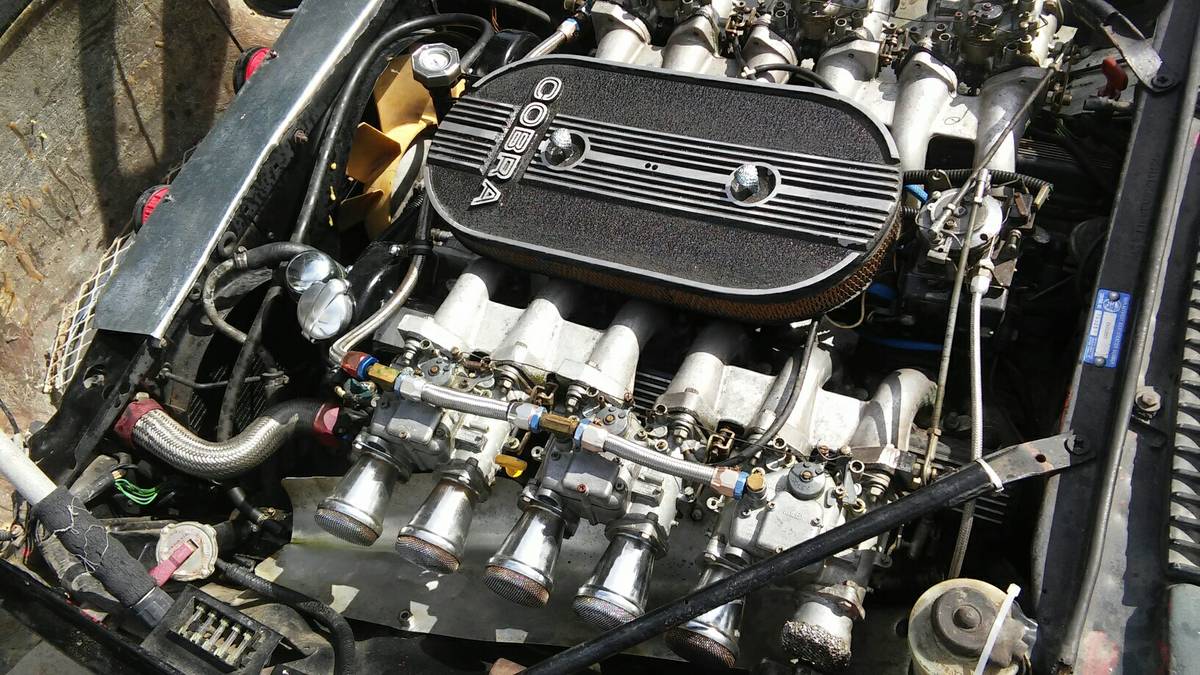 You’ll forget all about the condition of this beast after you fire up that 5.3 liter Jaguar V12 from an XJS.  Fed via an alarmingly high number of Solex cars this thing will be as tricky to balance as a giraffe on a dental floss tightrope, but it’ll be awesome.  I think. 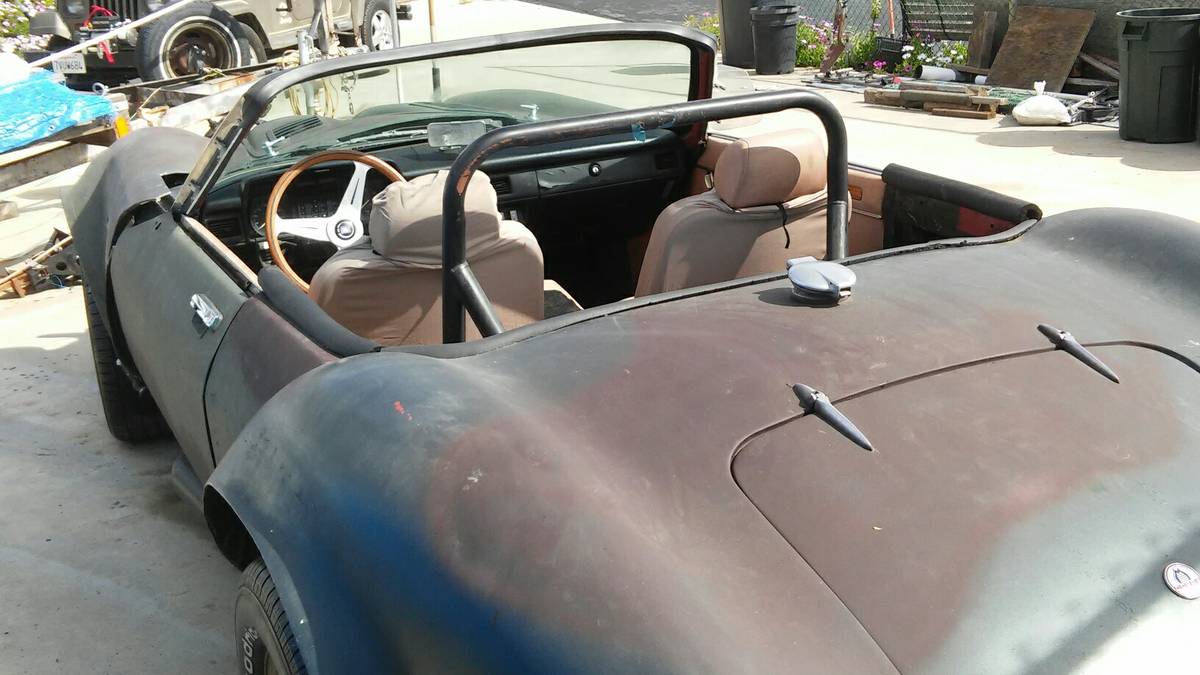 See a better car for impressing your neighbors? tips@dailyturismo.com