The Buick Roadmaster certainly has its fans around these parts; the body-on-frame finale of GM’s Land Yacht division was available as a 4-door sedan, yes, but more importantly as a full-on wagon, akin to the Chevy Caprice. Ford may have made the Crown Victoria until 2011, but this whale you see here is the last of the real traditional American wagons. Imagine our shock when finding one with a claimed 38,000 original miles. Find this 1993 Buick Roadmaster Estate Wagon for sale in Carlsbad, CA for $6,800 on Better Way Auto’s website. Tip from Hunsbloger! 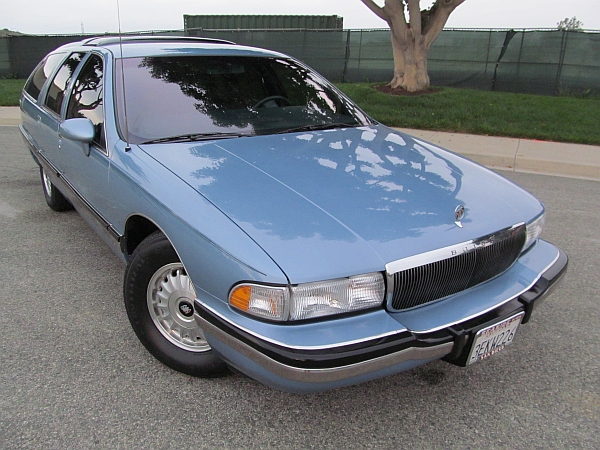 Resident late-model Buick Roadmaestro and Graphics Guru KBZ wanted to do a mic-drop posting of a dozen photos of this car, with the one word: perfection. I’m not able to leave well enough alone however, so here are some words about the car. Badonk. 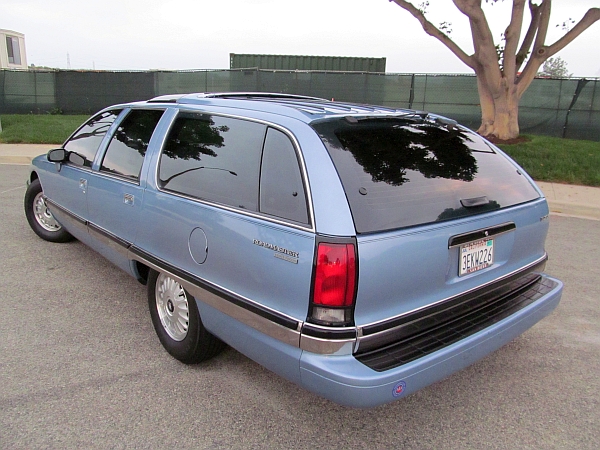 As in, look at that rear end. If that doesn’t scream “I’m a wagon and IDGAF,” then not much could. 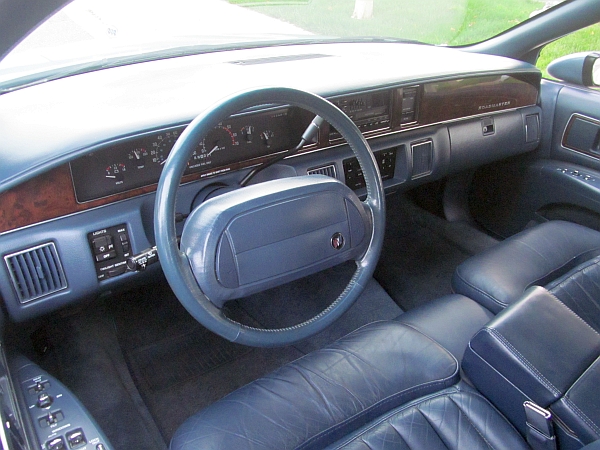 The car seen here is listed by a small dealer in the northern part of San Diego county, home to some staunch old rich Republican bluehairs. So it’s not surprising that a low-mile creampuff Buick would come out of this area, but this one really does take the cake in originality and condition. 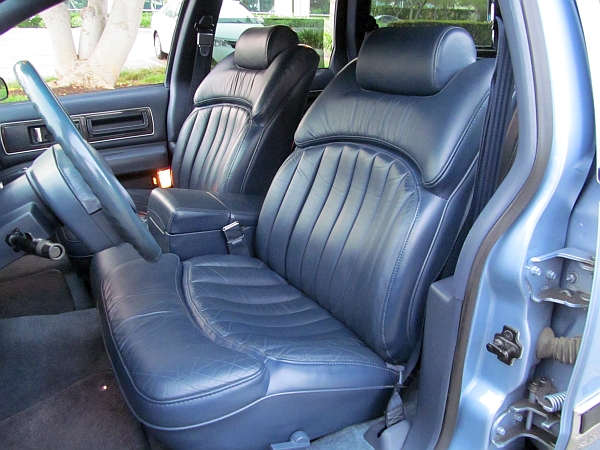 Check out those barcaloungers. If Fat Tony from the Simpsons was a leather-stuffed seat, this is what he’d look like. This thing certainly smells better than an overweight mobster, even if it would look just right with a pinky ring wearing, white loafered wise guy behind the wheel. 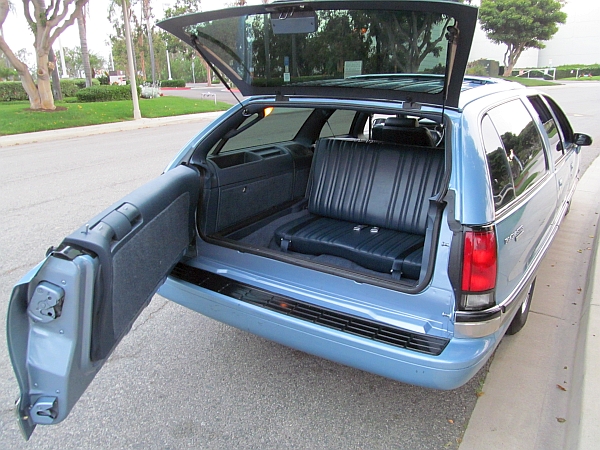 The utility you get with a Roadmaster wagon is second to none; the configurations are virtually endless. Rear glass hatch flips up, tailgate flips down or sideways. Rear-facing 3rd row bench up or down; same with the 2nd row too. 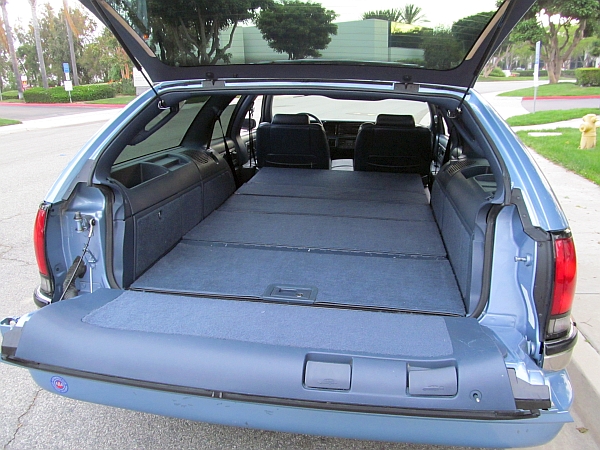 Don’t attempt to adjust your monitor or mobile device. The photo above has not been horizontally stretched. These are the true proportions of the Master of Roads. 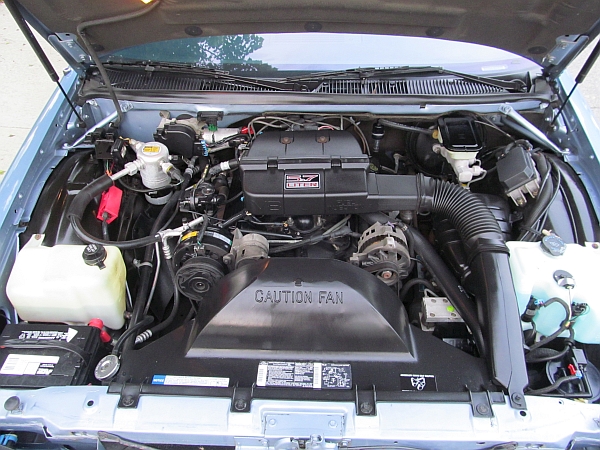 KBZ’s former 1994 Roadmonster was bequeathed to E-i-C Vince, and since then I’ve had a chance to drive the beast. It looks exactly like this one, drives exactly like a Crown Vic, but has a surprising amount of grunt given the Corvette-spec LT1 V8 under the hood. The only downside of the ’93 seen here is the lack of said LT1. 1992-1993 model years came with the 5.7L “L05,” which despite having the same displacement, made only 180hp in contrast to the 260hp you get with an LT1 equipped ‘Master. If you own a museum for endangered aquatic mammals – the one seen here is your car, but if you want to drive one regularly, wait for a good 1994-96.

CFlo is Daily Turismo’s co-founder and Technical Editor. When he’s not thinking about turbo Volvos, he’s wishing he had a big V8 cruiser.