In 1960 American Motors Corp styling VP Edmund E Anderson directed reboot of the oddly named Rambler American (the Rambler name originating from AMC’s acquisition of Nash which made a Rambler model, but AMC made Rambler a brand and added an American model name…) — regardless, the Rambler was changed from the roly-poly bathtub style to the squared off breadbox style — a moniker that is particularly apt when you look at the wagon version.  Find this 1962 Rambler American Wagon with LSX V8 offered for $5,000 in South Hillsboro, OR via craigslist. 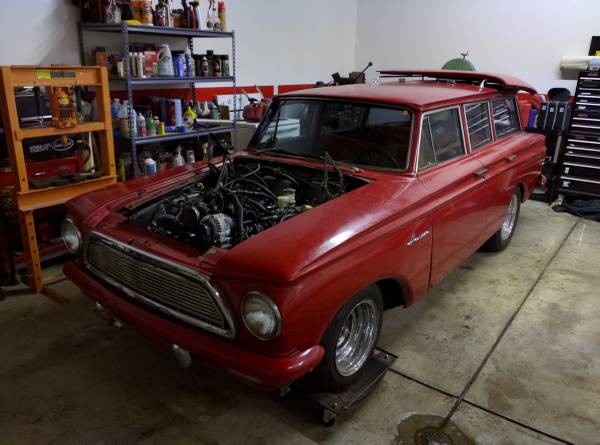 Any American station wagon from the early 60s with an LSX swap offered for $5,000 would normally be categorized as a scam…unless it was some kind of rat rodded pile of rust or perhaps the swap was incomplete…which is what we have here today.  The seller admits that it does have some small rust spots, but the interior looks great, the paint is okay, it hasn’t been bagged or bashed into a tree… 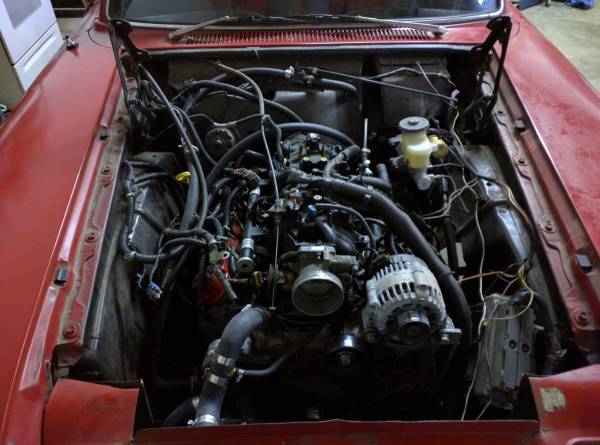 According to the seller, the project was started about 2 years ago, but stalled for whatever reason and now what’s left is:

I left off when I was getting to wiring the motor up. fuel system is
plumbed & running, fresh brake lines were plumbed – I think I they
were bled. engine & trans are in and mounted with nice soft factory
mounts. Rear end is in with new shocks. driveshaft is in. Trans needs
the trans cooler mounted & the lines finished off for it + filled.
Engine needs wiring – the battery was relocated to the trunk – the large
gauge wire needs to be sized & bolted to the starter. The steering
column needs to be wired in. The engine wiring harness has already been
cut down to the standard no-emissions stand-alone style harness used in
older hotrods. ECU is there – needs to be mounted, I don’t remember if
we flashed VATs off of it or setup the normal non-emissions tune on it
yet. Need to plumb an intake and exhaust. the gas pedal that came with
the car was a hinge and a piece of metal… it’ll need a new one and a
throttle cable. It will also need an alignment. 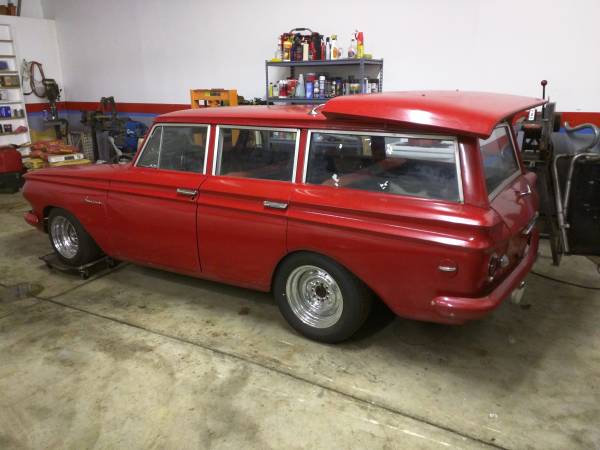 See a car with more potential for less? tips@dailyturismo.com