I know what you are thinking. Who wants to read a feature about a crummy 1996 Oldsmobile Aurora? Look closer, however, and you will find that this is actually two crummy Buick Regals that have been sawed in half and welded together.  The question is, what would you do with it? Find this 1991 & 1992 Conjoined Regal(s) for $3,500 via craigslist. 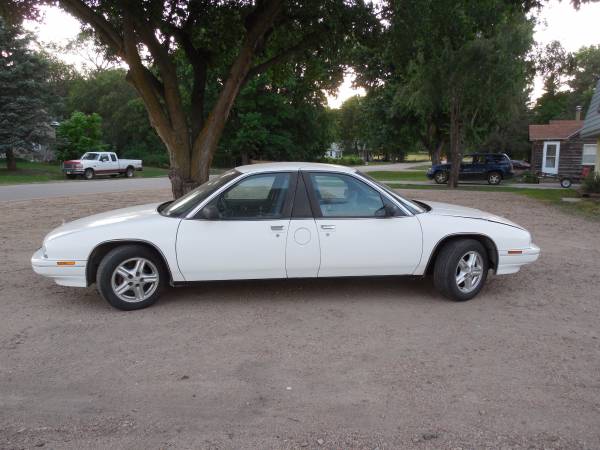 According to the ad, this car(s) is not street legal. This is understandable, given the rearward facing white lights, no brake lights, dual VINs, etc. We are willing to chance it, though, given the range of hooneriffic mischief we could use it to commit. To get caught, first a cop would have to distinguish this car from an Olds Aurora, which is unlikely. Second, I would like to see what one might get charged with for driving it on a public road. Police officer: “Do you have any idea why I pulled you over?” You: “I don’t know. Drivin’ two cars at the same time?” Police officer: *clicks pen*. 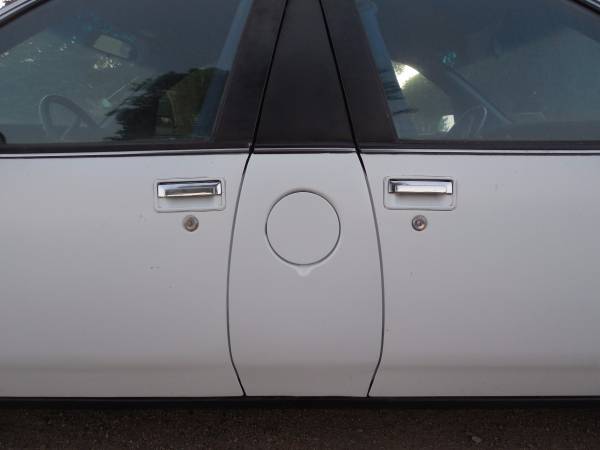 This creation was put together to advertise for a body shop and it was used only in parades.  I would like to see how it handles on the track, though. Eat your heart out, Honda Prelude and Mitsubishi 3000GT VR4. This is real four wheel steering. All you need is a terrified, talented co-driver with a bloodshot eye on the rearview and you would have an unfair advantage over the competition. That, or a spectacular wreck. 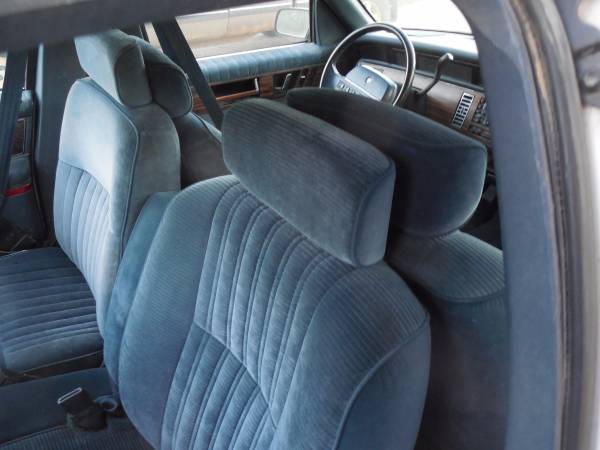 Speaking of terrifying people, you ought to be able to drive this thing down the highway dog-tracking at a 45 degree angle if you wished. Now nobody can pass you without your permission.

Another talent this car possesses is the ability to do spectacular donuts. Regardless of the steering position, with both engines running and in drive something crazy is going to happen when you stomp on both accelerators at the same time.  Maybe a tight pirouette, maybe a slow, smoky drift directly to the right or left.  Who knows?  Just make sure you have plenty of room when you try it. 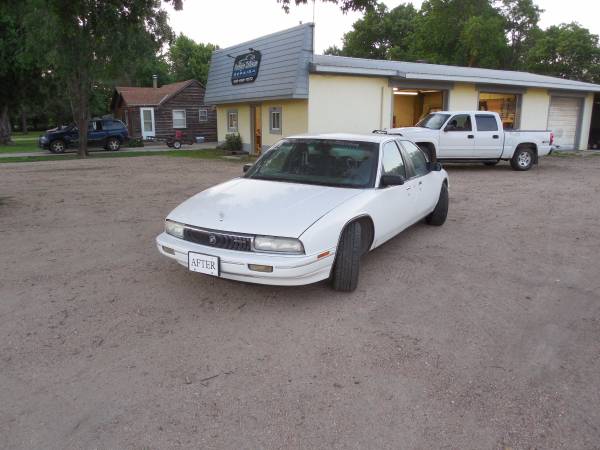 See another 91-92 Regal? Didn’t think so, but email us here: tips@dailyturismo.com