If you’re going to be a time-machine building physicist, we figured, why not drive a car with some style? No, not the time machine itself; nevermind that now, nevermind that now. Doc Brown’s personal ride in the 1950s was a 1948 Packard Custom 8 Victoria Convertible. Turns out those are hard to find, as just over 1,100 were made originally. So you’ll have to forgive the crudity of this comparison – we didn’t have time to paint this one or build it to scale. Find this 1949 Packard Super 8 Victoria Convertible (basically the same car) for sale in Orange Village, OH for $44,900 via Hemmings. Tip from ELB. 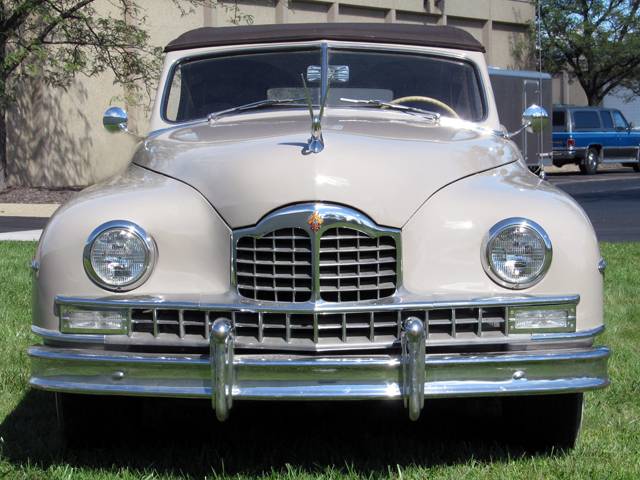 The Fish Enchantment Under the Sea Dance is where all the cool kids go to cop a feel out in the parking lot, but we wouldn’t recommend that if your date to the dance is your own mom. Disregarding incest, a postwar Packard convertible is just about the classiest bathtub a small town American high schooler could’ve been handed the keys to in 1955, 1985, or yes, even 2015. 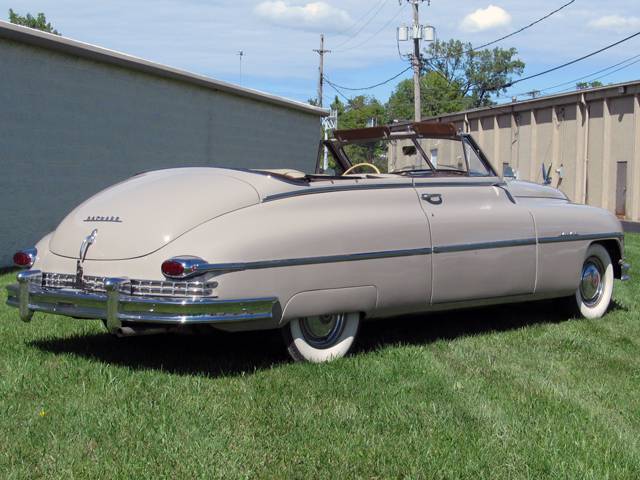 Impressing your date in this behemoth won’t be difficult, especially if she thinks your name is Calvin Klein and that white-haired dude you’re always hanging around with is your…er…uncle. Your mom girlfriend will feel important looking down the long sideways-hinged hood through the swan hood ornament at all the plebes in their Hondas and Toyotas (no wonder this thing failed…it says “Made in Japan”). 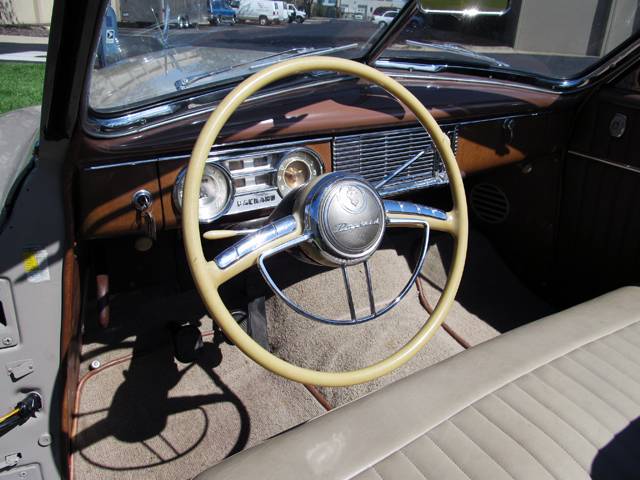 Any booze swiped from the old lady’s liquor cabinet will fit nicely in the glovebox, and when you do a spit-take all over the dashboard you can at least be relieved that the fine wood and bakelite surfaces will wipe clean with ease. Nothing says 1940s luxury like power seats, windows, and convertible top…and this thing won’t disappoint, because it has all of those things. 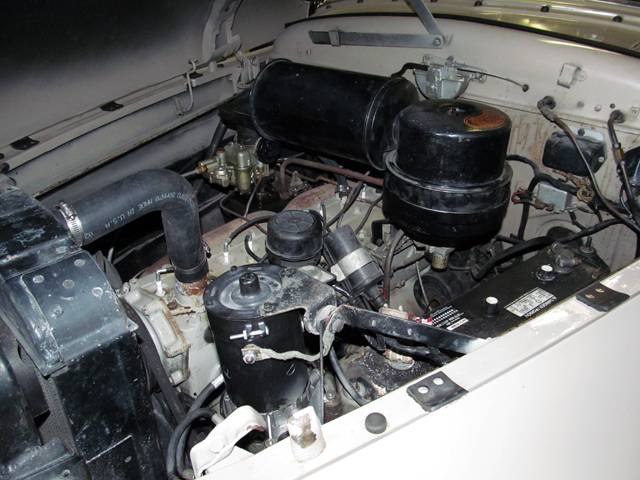 The cast iron straight eight engine is a blast from the past, even to an ’80s kid like me. Half a ton of smoothness and torque is contained under that long bulbous hood, and 327 cubic inches (5.4L) spat out 150 horsepower like it was nothing. Because well, it wasn’t much power, but it was smooth, Daddy-O. This was some heavy stuff…literally…one source I found says the bare block alone weighs 300 pounds.

Find a nicer cruiser for an unemployed physicist? email us here: tips@dailyturismo.com