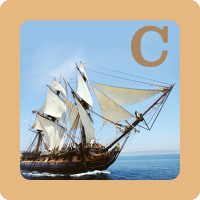 To compete against sports cars from around the world, Chevy put its money in the Corvette’s mechanicals. That’s a polite way of saying it’s cheap everywhere else. Indeed, Corvette seats are the subject of such scorn in automotive journalism, you would think they were made of ground-up Bengal tiger cubs. Power-adjustable leather seats were part of the Z07 package along with wider wheels and tires and make the car a canyon carver and cozy commuter.

Tragically, this Vette comes with a salvage title. From the ad: “Previous owner’s wife found out he cheated and took a ball bat to the car.” Comment corps, carefully curtail any crude Corvette owner cliches…

The best of this generation packs twice the horsepower of the worst of the previous, comes with an LT1 mated to a T56 6-speed, and can be had for about $10 grand. Manual or automatic, inferior seats or not, the C4 is a performance bargain.

See a conifer-colored colonial coupe for cheaper? Email us at tips@dailyturismo.com.

PhiLOL actually likes the tuna here, but abhors structural rust. Save the manuals.

Previous: B is for Boosted: Turbocharged 1966 Volkswagen Typ…