BMW launched their second generation of their executive 5-series in 1981 with styling by Claus Luthe and power by straight-six engines.  Naturally, the speed lovers will want the M5 version, but prices for those all-black beauties have skyrocketed in the past few years and the juice might not be worth the squeeze.  Next up is the 535i, which does provide a decent punch and can be picked up with a 5-speed manual box…but what about a highly tuned oil burner?  Find this 1985 BMW 524TD offered for $8,500 in Seattle, WA via craigslist.  Tip from Kaibeezy. 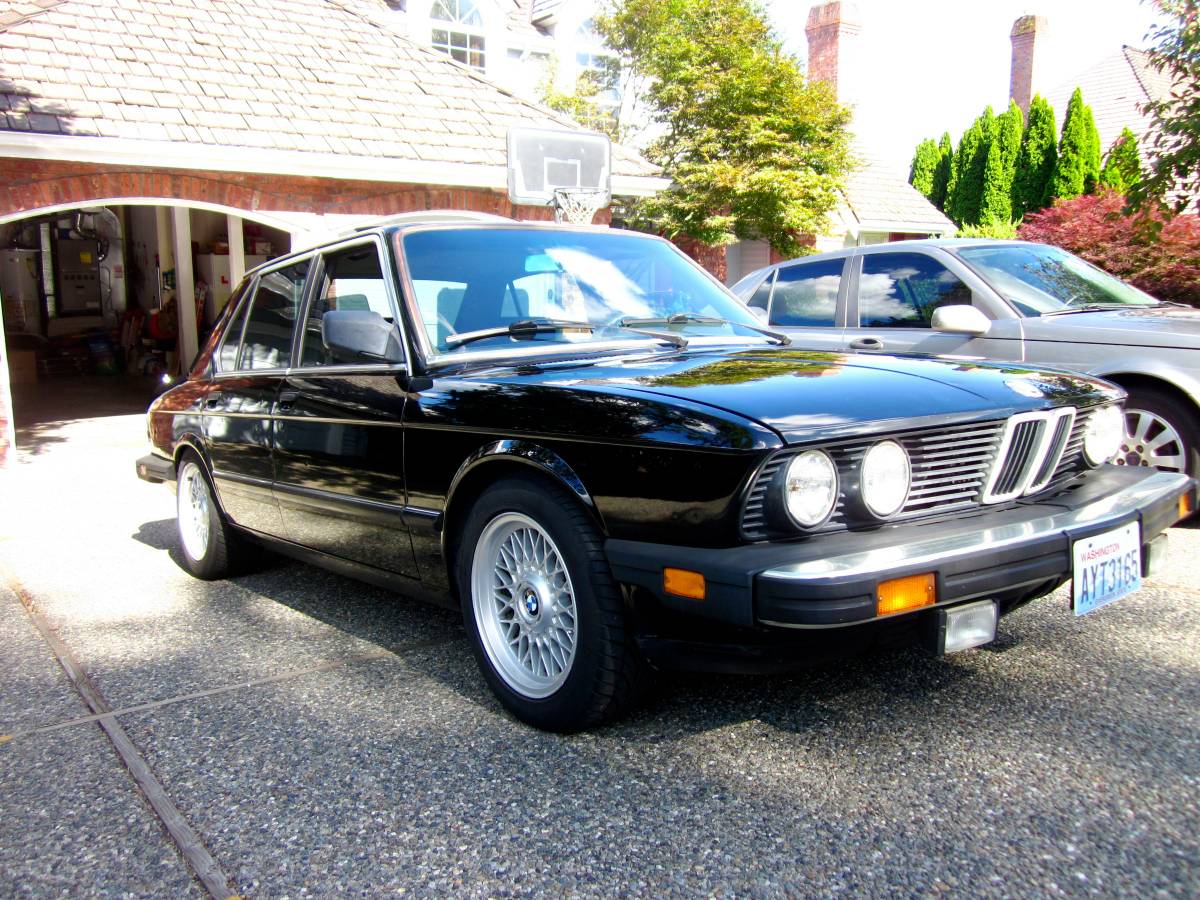 I know what you’re thinking…$8500 is a pile of money for an old stinky diesel Bimmer…but this thing has a few surprises under the hood…and might just take an M5 in a drag race if all that diesel torque doesn’t melt the tires first. 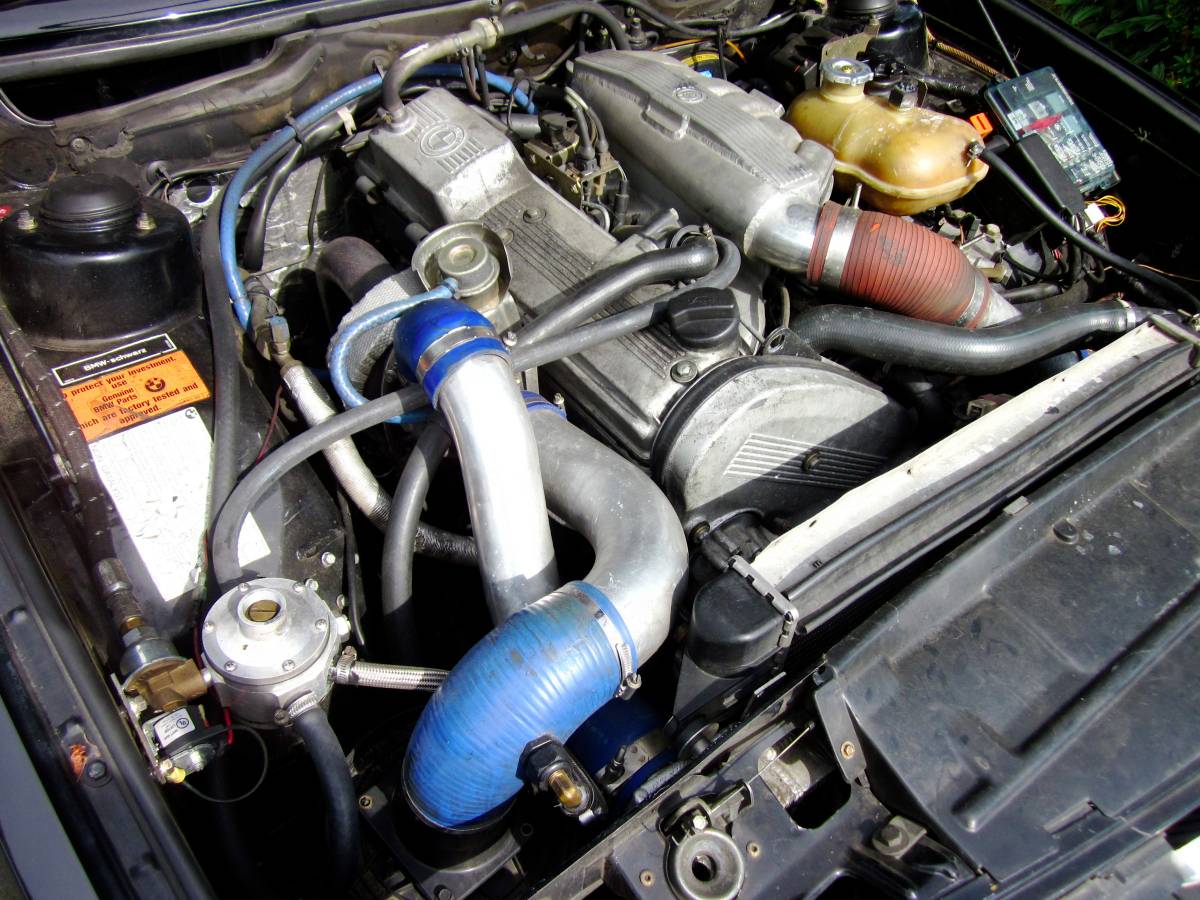 This 2.4 liter M21D24 inline-6 is now force fed with a Garrett GT2056V blowing through a big intercooler for a grand total of 250 horsepower (twice stock!) according to the seller.  The seller also states that it has a variable vane setup — no word on what (if anything) is controlling the orientation of the vanes. VNTs (variable nozzle turbines) have been in production for a number of years and help turbocharger spool up sooner by speeding up the hot exhaust gases into the turbine at low flow (low engine speeds) and then opening up when you need less back pressure (higher engine speeds) — however, to get the most out of it, the VNT needs to be controlled by an ECU based on engine speed, rack position, airflow…etc.  Not sure what’s happening here, but it could be a fun science experiment. 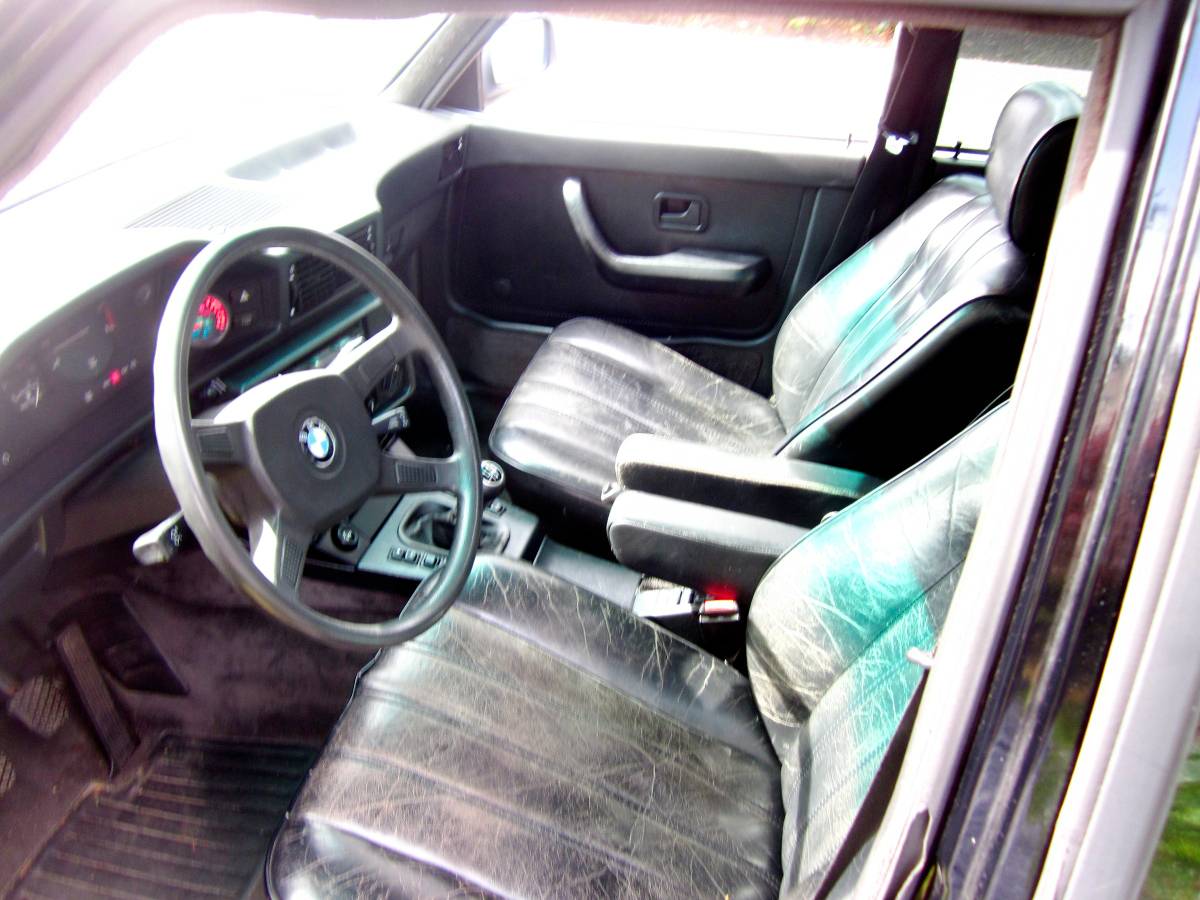 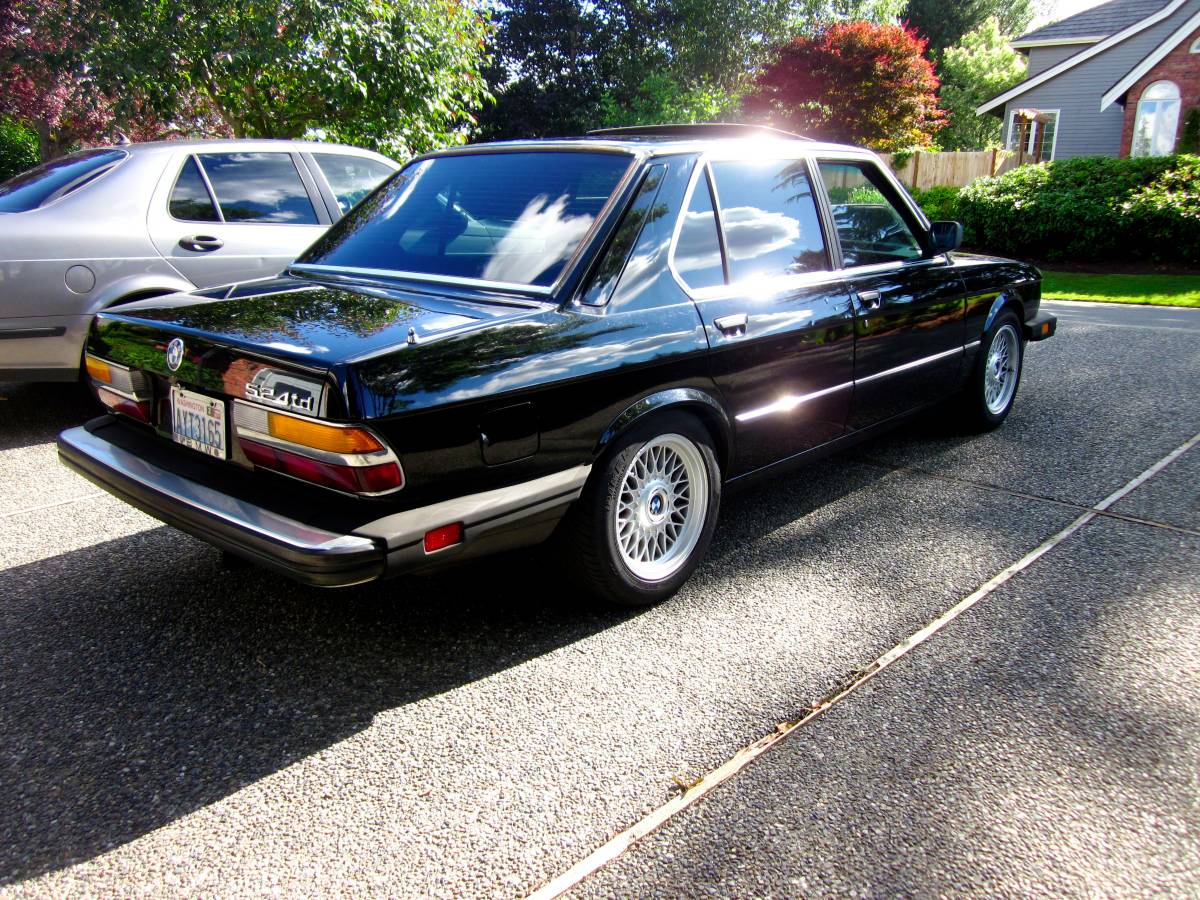