There is no better time to buy up a clean General Motor G-body car than right now.  Variants included the Chevy Monte Carlo, Oldsmobile Cutlass, Pontiac Grand Prix, and Buick Regal.  These were the last cars to follow the classic V8 rwd muscle car formula.  The Grand National was a collector car when new, but in 2018 it is easier than ever to create a restomod version any of these cars.  When they were new, G body V8 engines produced a paltry amount of power even in higher output Hurst or SS trims.  With the info all over the internet, it is easier than ever to create a 400+ hp V8 be it some LS version, big block, or turbo anything.  Today’s Monte has a older school 355 set up that might not be a LS, but still delivers the goods.  Find this 1981 Chevy Monte Carlo for sale in Pittsburgh, PA for $9,500 via craigslist. 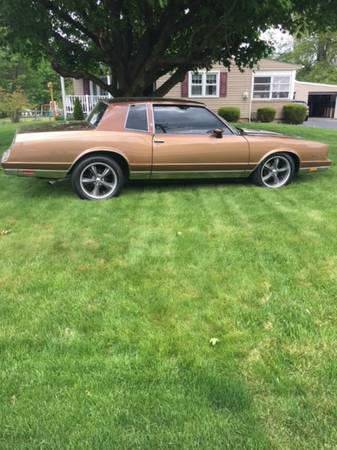 Details from the seller in all caps:

CUSTOM MONTE CARLO. BUILT 355 W DART II HEADS AND MOROSSO 390 POSI WITH TH350 BUILT TRANNY AND HOLLEY 750 CARB. NEW BATTERY AND PLUGS AND WIRES. NO RUST AND NO FLOOR PATCHES. BOTTOM OF THE CAR IS SPOTLESS AND AS IS THE INTERIOR WITH CUSTOM STEREO WITH AMP.NO TRADESNO HELPB/O 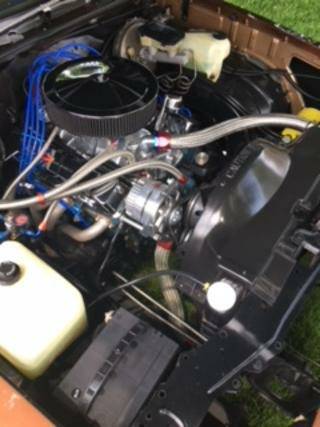 The pictures in the listing leave a lot to be desired, but this car does look awfully clean.  The choice of wheels is a good one for the car even if the front ride height seems a bit lower than the rear.  The two toned brown paint is definitely a highlight and looks great with the tinted windows and dark wheels.  I am not sure exactly what sort of power this engine should make, but no doubt it move out sufficiently with the 3.90 posi rear end. 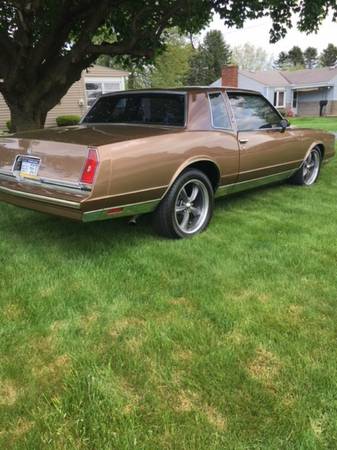 Cory is trying to decide whether he should do the front control arms on the C36 or pay a shop to do the job.