by Glenn — Without a doubt, the E-class is the bread and butter of Mercedes Benz.
With over 13 million sold to date, it has deservedly earned “best
selling” model in MB history.  They were built to be tough and are used
in demanding applications such as taxi cabs
throughout the world.  Many different variants evolved under the W210
chassis run including this clean low mileage 1997 Mercedes-Benz E420 Sport offered
for $8800 CDN ($6800 USD at today’s rate) in Vancouver, BC via
craigslist. 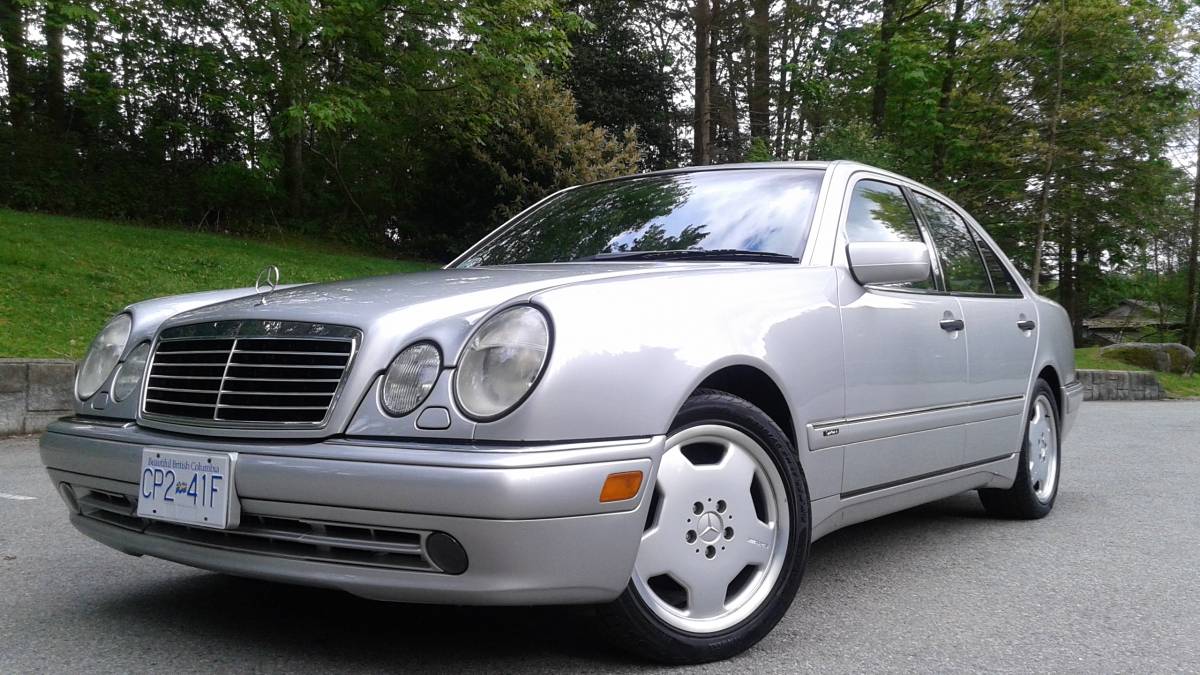 The W210 chassis was distinguishable from previous E-series with it’s
quad lamps and softer lines.  This Sport model benefited from
factory cosmetic upgrades including Aero side cladding, AMG mono block
wheels, & revised front air dam.  Topping $57K as equipped
in 1997, depreciation has not been kind but does present an opportunity
on maintained low mileage examples.  The seller incorrectly lists this
as an AMG model but can be forgiven as the Sport model was developed by
MB in conjunction with AMG input. 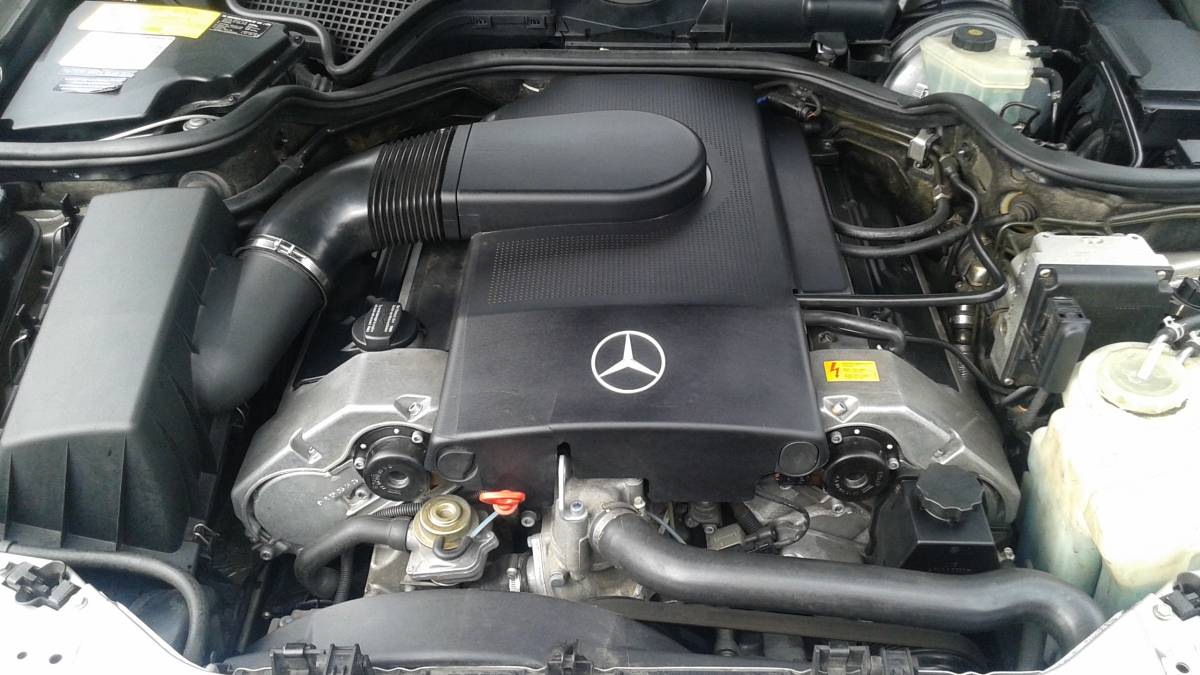 E420’s were first introduced mid-year 1996 and came equipped with
the 4.2L M119 V8 engine producing 286 HP.  Honed over many years of
production, the M119 was built with with longevity in mind.  Known
issues with this series are the plastic cam oiler tubes which
have a tendency to blow the plug out of one end resulting in a loss of
lubrication to the affected lifter and noticeable ticking noise.  An
easy fix is to swap in an earlier set of cast aluminum tubes for many
years of trouble-free driving.  Coupled to an
electronic 5-speed automatic, these were built for long hauls in
comfort & style. 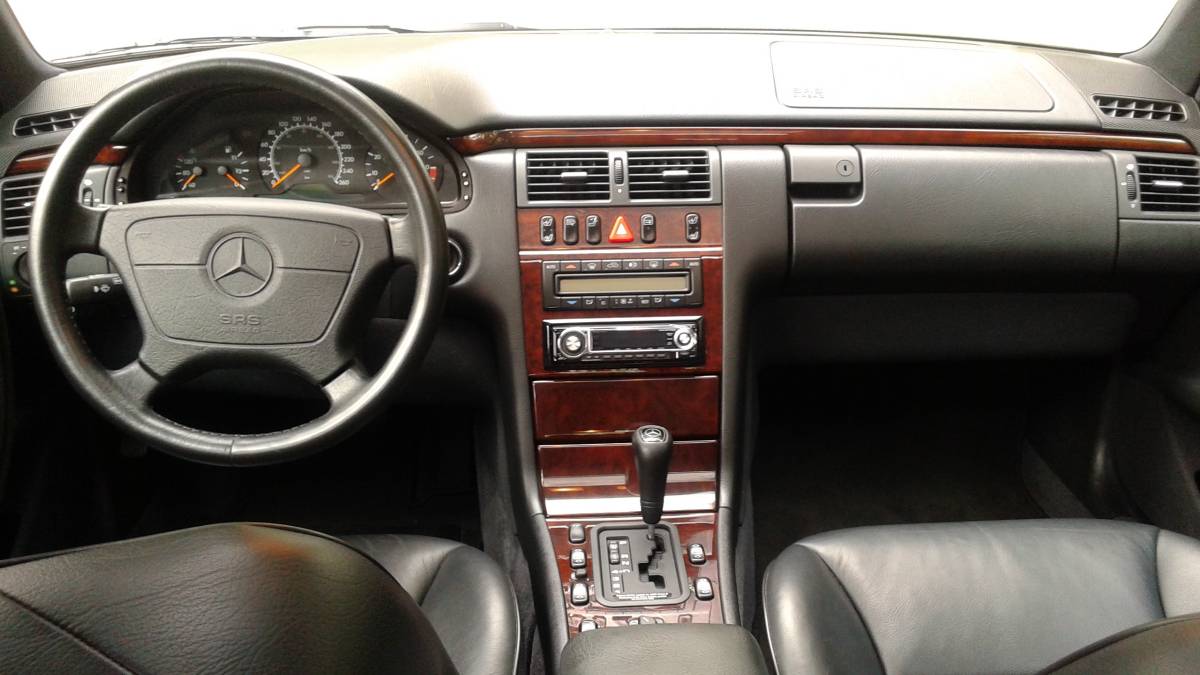 W210 interiors were built equally durable and this example looks
well kept.  The leather looks almost factory fresh as does the trim and
controls.  This model was the top of the line E-series in it’s day and
was accordingly well appointed with such options
as power rear sun-shade, glass moon roof, dual zone climate control,
and heated seats.  ASR traction control & ESP (Electronic Stability
Program) compliment the rest of the E420 Sport package. 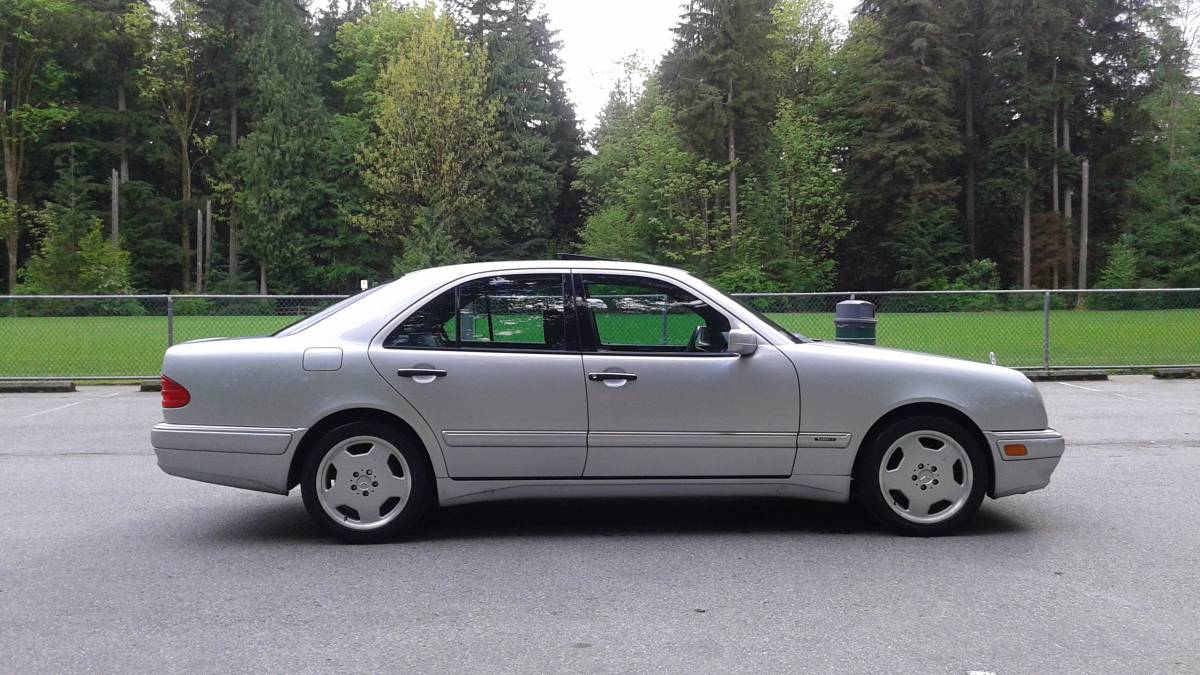 With the odometer showing only 100K Kilometers (62K miles), this
example has a lot of use left in it.  The ad states
“price is negotiable” indicating the seller is motivated.   See another depreciated tank for cheap? tips@dailyturismo.com