by Al — For sale in Riverside CA (70 miles from LAX) is this lovely red 1985 Saab 900S. The car has is a 5 speed with working AC, a recent California smog check and a pile of documentation the size of Mt. Kaskasatjåkka. The owner is asking a very reasonable $2800. 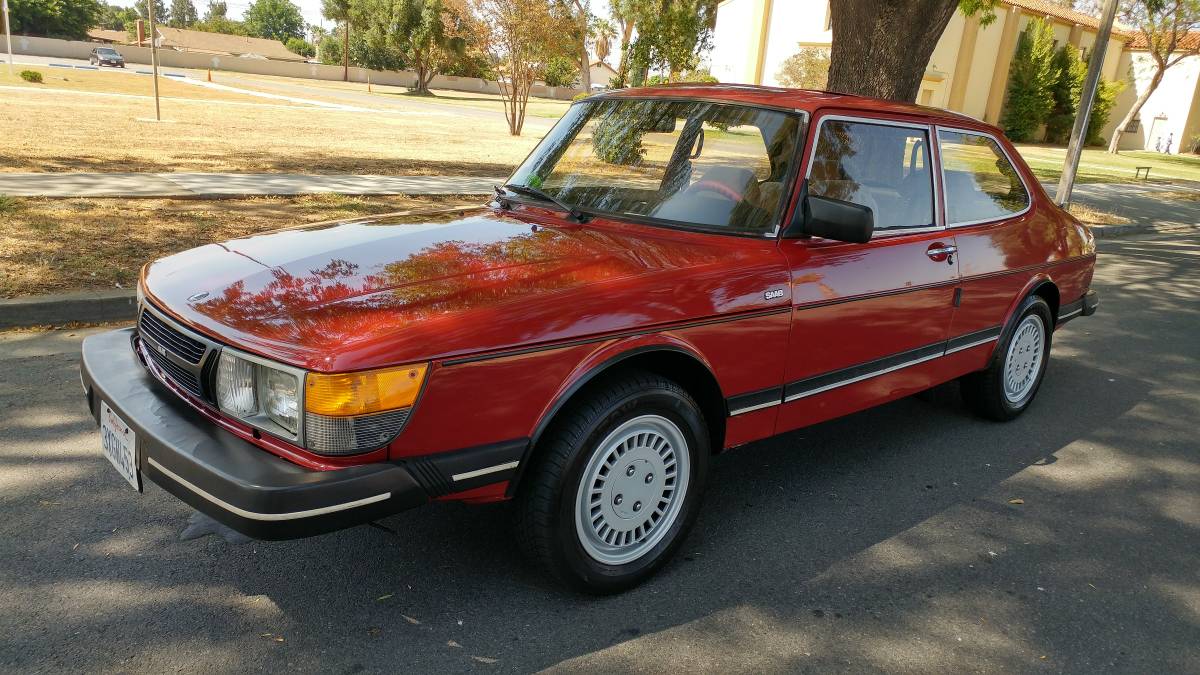 The owner has taken several very nice photographs from the car from different angles. All the body panels align well and would indicate no substantial crash damage. The beautiful red paint looks like it’s still wet. The car appears to be a somewhat less common 2 door sedan version of the 900. Most versions of the car you still find are the 2 door hatchbacks. According to Wikipedia the 900 came out in 1979 with a substantial restyle for 1987. This car benefits from the retro styling of the original version of the car, yet it benefits from Fuel Injection. A picture of the truck with a space saver spare tire and some rusty tools is shown. Everything inside the trunk looks original and unmolested, if a bit dirty. Originality is a always a big plus with a vintage automobile. 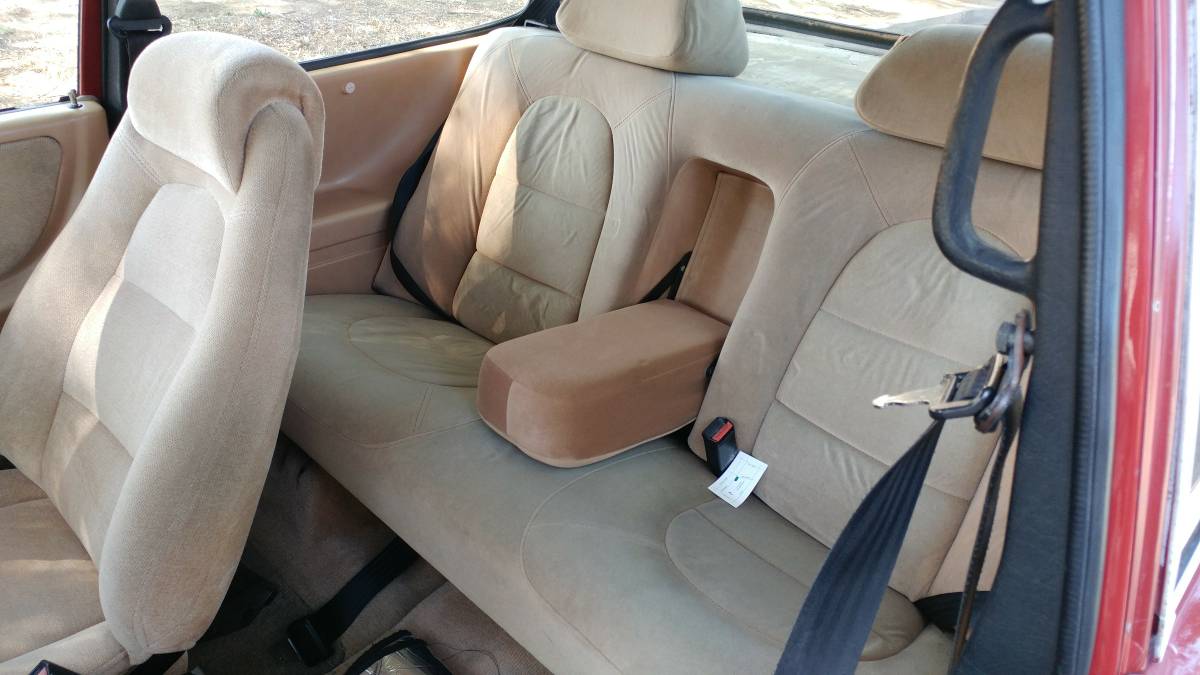 Unfortunately no engine shots are provided, but I would expect an engine bay as tidy as the rest of the car. These cars have the engine “backwards” of how most engines are placed. The fanbelts are close to the firewall. Wikipedia tells me the B201 engine would have made on the order of 116hp. The turbo versions would have had 143hp. 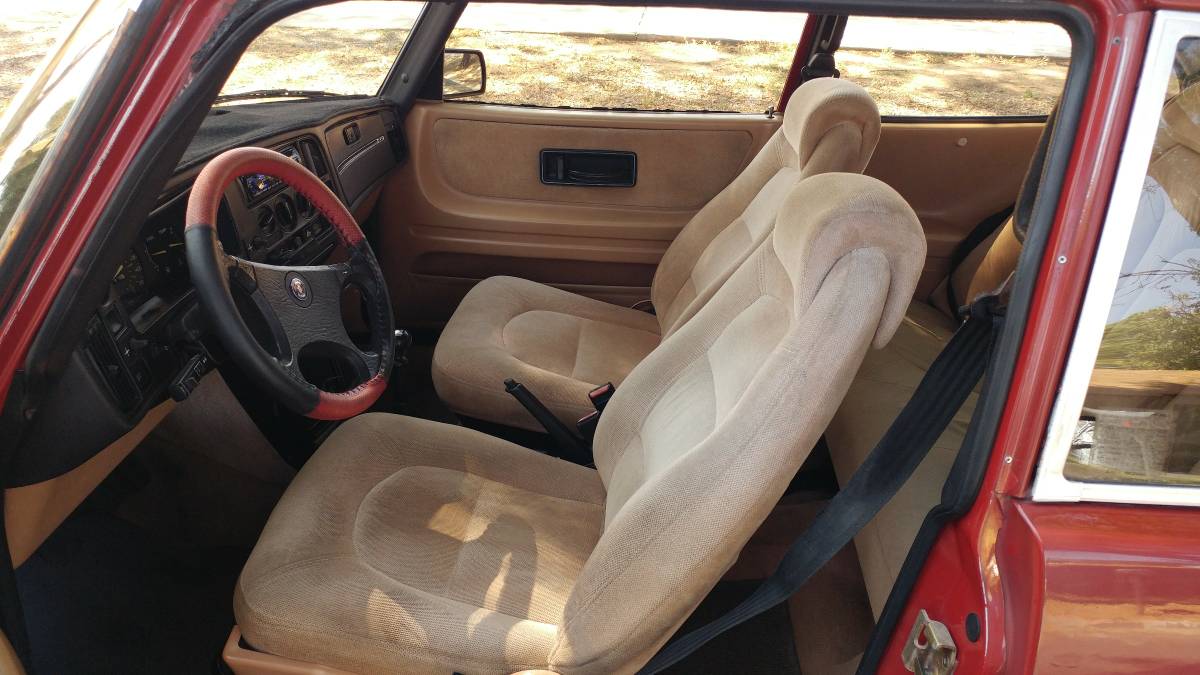 There are a couple of nice interior shots. From the driver’s side you can appreciate the nicely curved (born from jets) windshield. The interior is mostly a presentable tan cloth. There is a rip in the driver seat, but hey…it’s a 31 year old car. There is a shot of the back seat with the arm rest down, which allows you to appreciate how much the interior has faded throughout the years. The car is sold with solid records going back to day 1, and is “More documented than the civil war” according to the seller. Also included with the sale is a pickup truck beds worth of spare parts. I interpret the $2800 obo price as $2500. Not a bad price to pay to relive the magic of the 80s while enjoying air conditioning in your classic ride. 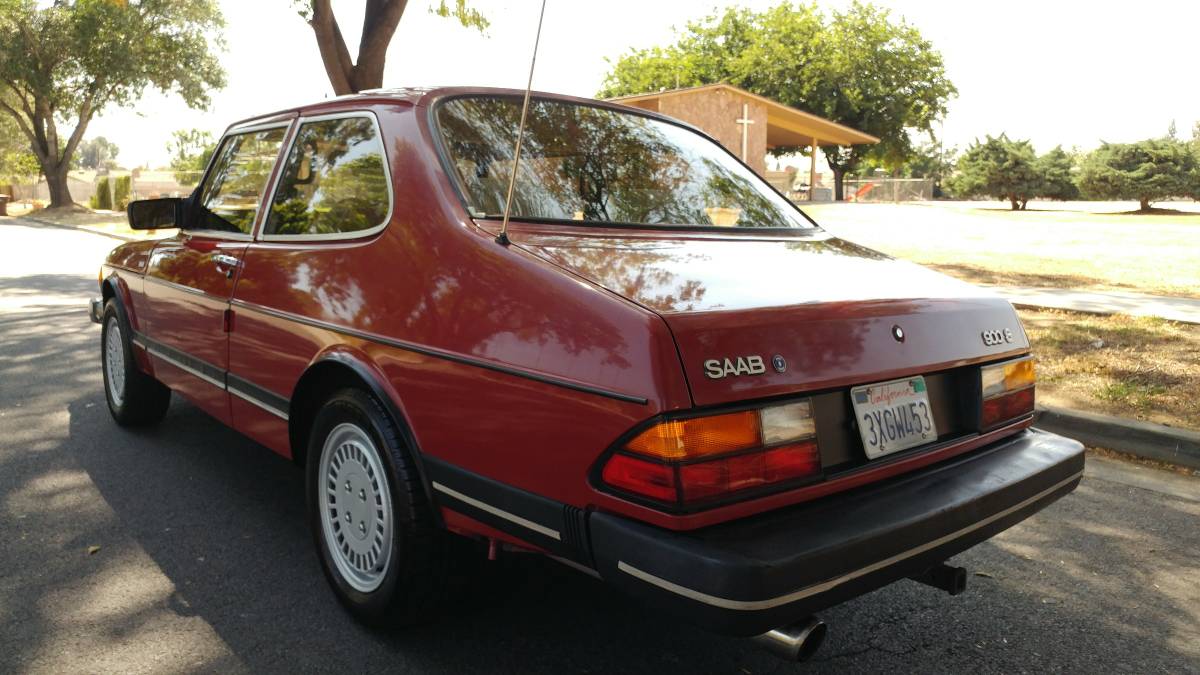 See a better way to drive a classic Saab? tips@dailyturismo.com