The SAAB 95 (not the 9-5!) was a 7 seat, 2-door wagon from Svenska Aeroplan Aktiebolaget that reminds us of the days before SAAB was mercilessly run into the ground by bean counters, and designed cars that looked like rocket ships. Today’s feature is for two 95s with little detail from the seller on specs or condition, but a fantastic asking price.  Find these two 1969 SAAB 95 Projects offered for $1,000 in Ojai, CA via craigslist.  Tip from Sean. 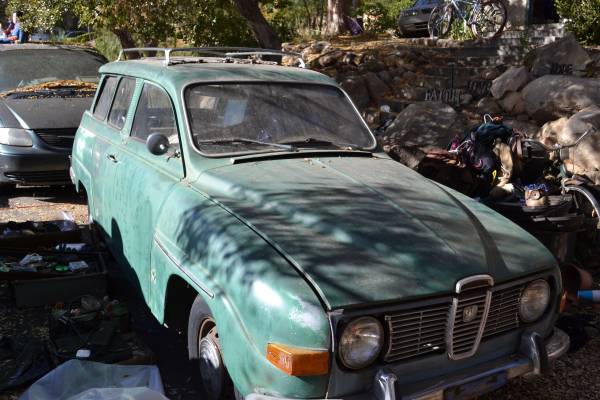 The SAAB 95 is powered by a 2-stroke 3-cylinder or a V4 engine taken from the Ford Taunus.  This one is probably the V4 –a 1.4 liter 55 horsepower 95 ft-lbs of torque engine that powers
the (later 4-stroke) 96 and Sonett.
It puts that power to the front wheels via a 4 speed manual
transmission (with the funky freewheeling action from the 2-stroke
engine version).  These cars are better known for Rallye

than for anything on the tarmac – the front wheels help pull the car
around in low grip environments.  On the inside you’ll find 5 forward facing seats (2 up front, 3 more in
the back) and a final 2 bonus seats facing out the rear. 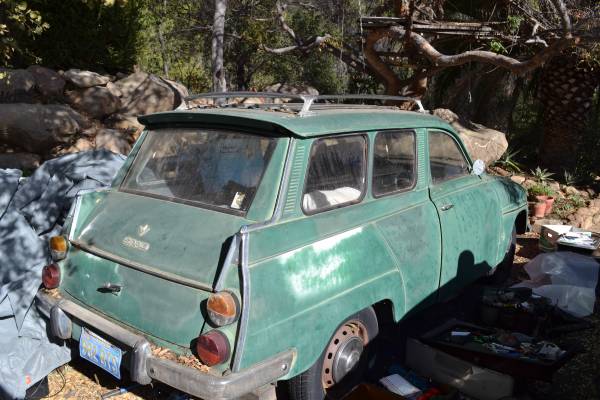 See another package deal on a few classics? tips@dailyturismo.com