The Dauphine was Renault’s answer to the Volkswagen Beetle, Fiat 500 and Morris Minor — a people’s car from the people who loved cheese, wine, and a provincial life.  It had a 845 cc Ventoux I4 mounted out behind the rear wheels and a smiling face up front, and over 2 million were produced during a decade of production.  Find this 1960 Renault Dauphine offered for $1,000 in Maple Valley, WA via craigslist. 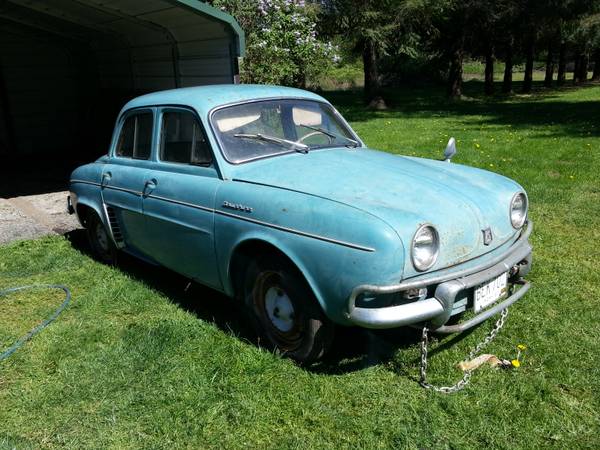 The Dauphine has a pleasantly mustached front end with a preposterous
bass mouth grin instead of the evil frown on its
cousin —the R8. This one has a chain (for towing?) that adds a Fu Manchuesque look to the face, and you will need to tow this thing home as it hasn’t run for 40 years. 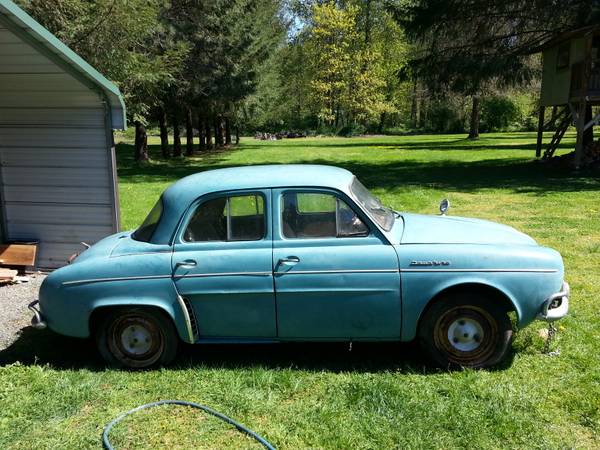 All things considered, it doesn’t look bad for a car that has been off the road for 40 years, but a few pictures of the interior and undercarriage would be nice.  It will have some rust, but it will be a much easier to get back on the road if it the floorboards aren’t yabba dabba done. 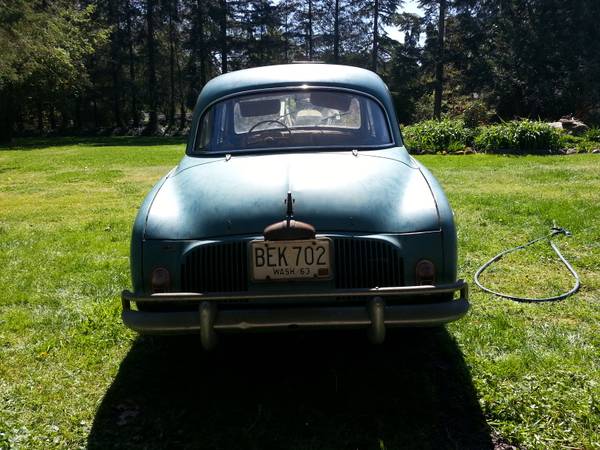 See another car where you can’t tell if it is coming or going? tips@dailyturismo.com