The Toyota Starlet KP61 generation was the first and only Starlet sold in the US Market and in 1985 it was replaced by the Toyota Corolla FX-16. Unfortunately, the FX-16 that replaced it was a front drive un-fun box, but the Starlet was setup with proper rear wheel drive…not that you could tell with the 3 squirrels under the hood provided by the stock K-series engine.  Thankfully, many of the remaining Starlets you’ll find have been properly upgraded with something that leaves dark streaks on the road and your underwear with equal aplomb.  Find this 1981 Toyota Starlet with 13B power offered for $13000 in New York, NY via craigslist. Tip from Art C. 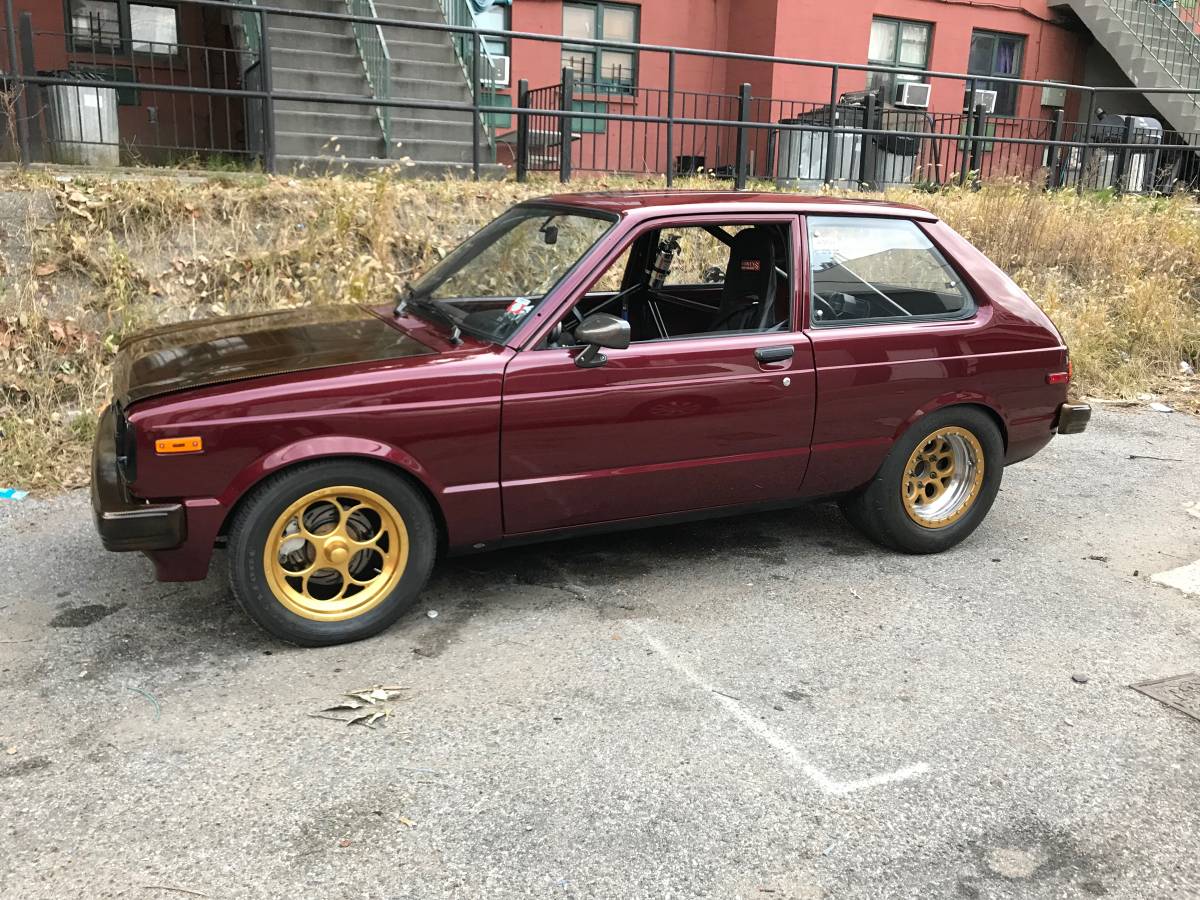 partial trades will be considered 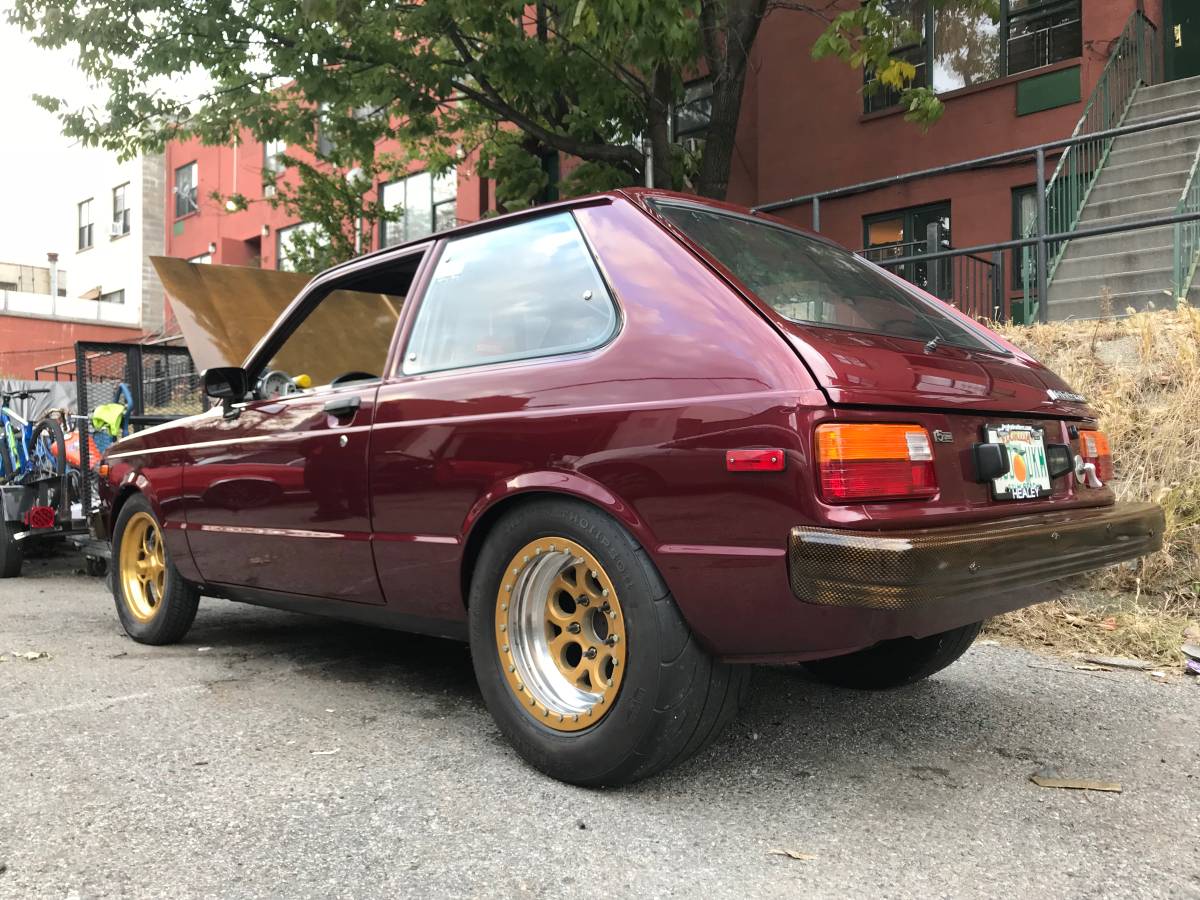