Is it more true that it is more fun to drive a slow car fast than a fast car slow?  With about 53 horsepower on tap, the featherweight Triumph Spitfire 16 second 0-60 time falls clearly in the deep end of the slow car category.  The malaise era was equally cruel to British car engine power outputs as it was to the USA V8’s.  Today’s seller quotes The Guardian (UK) writer Jasper Gerard to do his selling for him, but whether any NYC craigslist shoppers actually care or not remains to be seen.  Find this BRG 1978 Triumph Spitfire for sale in Weston, CT for $4,500 via craigslist. 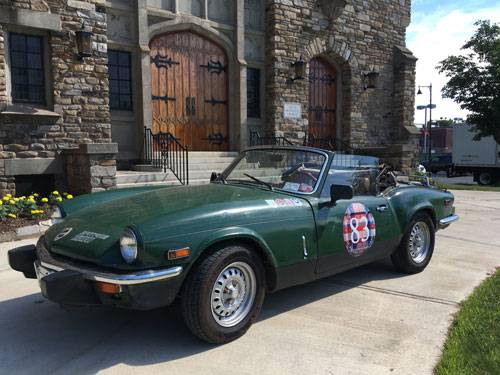 Hot, uncomfortable, loud, smelly and sometimes soul-crushing. And then there’s driving in the Spitfire!Seriously, this is the perfect British sports car – just listen to Jasper Gerard writing recently in the Daily Telegraph:“The Triumph belonged to that golden generation of small, affordable British sports cars that attracted admirers around the world.It competed against the Austin-Healey Sprite but was just that notch smarter, and sportier. It was a fun car for the young, although it also found popularity with retired flying aces who had hours of joy, swooping through the countryside dreaming they were back bombing Jerry.Certainly Iain Durrant from the parish council is struggling to keep the smile off his face as he fires up the Spitfire. Chocks away and we are soon careering around the village, hedgerows and hedgehogs passing in a squashy blur.Spitfires were known as “grasshoppers” for their propensity to veer onto the verge if you tackled a bend too aggressively.But on the straight this late version with the larger 1500 engine is surprisingly fast, reminding you that a Spitfire once won its class at Le Mans.”This beauty’s an all-original 1978 1500, in British Racing Green. The engine is in immaculate shape, and the rest of the car has a patina you’d pay big bucks to have someone replicate. It ran in The Old’s Cool Tour – Rally Around The Ivy League last year, and was an all-around favorite.Are you ready to break out of your dull and mundane air-conditioned nightmare and let the wind ruffle your hair again, fer crissakes? We’re all going to die soon enough – why not go straight and fast to hell and back and spit a little fire one last time before you do? 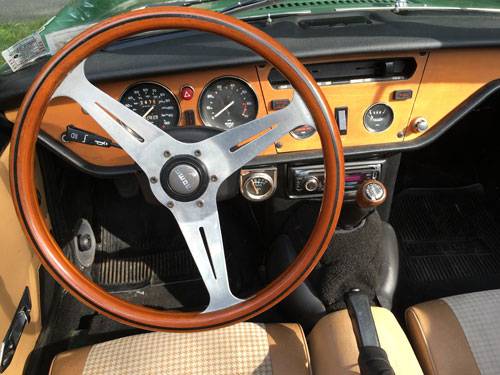 In doing research on the Spitfire, it was quoted as circling a skidpad at a shockingly high .87 which means these convertibles can really handle.  This car looks to be best described as a 10 footer and the seller seems to embrace.  They highlight how well the car runs and drives and let the couple pictures show some of the uglier points. 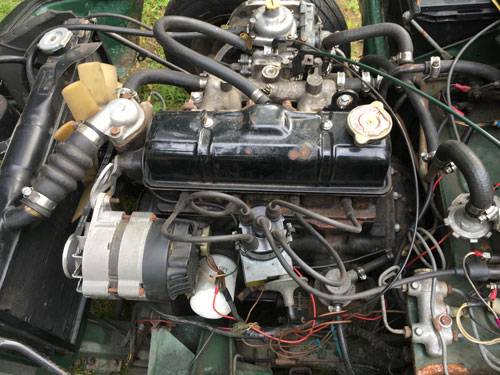 Cory is looking forward to having all of these Mercedes parts disappear in the next two days.