Behind the Garage: The DT Radio After Show

By K2 Mystery Car  After the hosts have been whisked away in their limousines and the guests solemnly shown the back door out (to avoid the neighbors and bounty hunters, of course), what happens?

Once the guest is shoved out into the blinding California sun, I try to latch onto them like a homeless guy looking for a handout. So far, they’ve eluded my grasp. But this time my victim wasn’t so lucky...

Welcome to the first and possibly last installment of Behind the Garage: The DT Radio After Show! Depending on whether or not El Jefe allows me to continue squatting back here and you, my dear DT reader responding to this carefully crafted crapola, we might have another one in the future. Like life, there are no promises.

In Episode 7 of the DT Radio Show, the guest was none other than the newest member of the DT horrifically underpaid and under-dressed staff and the Official Daily Turismo Northwest Correspondent (I made that up, just now). Unfortunately, he wasn’t able to hang around for the whole episode but that’s what Behind the Garage is for; to get down to the nitty-gritty minutia that truly nobody cares about. Except the most rabid DTers of course, for which there is never enough. Welcome to the club; sorry about the smell. 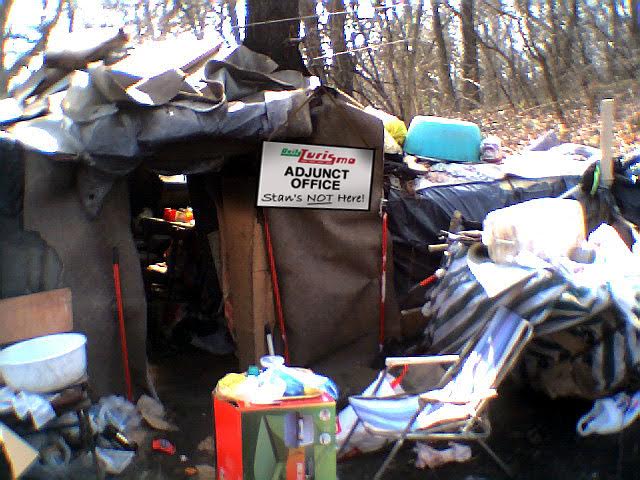 And so, without further ado, here’s our pal Gianni!

K2: So, how did your first and hopefully first of many appearances on the DT Radio Show go?

G: What, I thought I was done and free to go? Behind the garage? Isn’t that where you dump stuff you are too cheap or lazy to dispose of properly? No, seriously, El Jeffy and CFLo were great and it was fun. Isn’t technology wonderful? It was like I was sitting right there in the studio.

K2: You didn’t get a chance to participate in the ten second reviews, so here’s your chance to lay down the Gianni Law. Tell us how you truly feel about the Volvo 242 GT.

G: A friend of mine had one back in the late 80’s. He bought it used (of course), and it was in good condition with no rust like most cars here. After he graduated he got a job in the suburbs outside of Chicago, and after a couple of winters it was toast. I don’t remember it standing out as far as performance or styling. I guess for a Volvo person, it was something special.

G: Bargain of the M world and unfortunately a lot seem to be getting hacked up as they hit the bottom of the depreciation curve. I wasn’t too crazy that it was available as a 4 door. A guy at work back in ’98 or ’99 bought one new, he gave me a ride in it, short shifting all over the place. I remember thinking, this is too much car for you, pity to waste it, you should have bought a regular 3 with an auto. I don’t think I’d ever one one. E30 M3 on the other hand, now you are talking.

K2: How about a muscle car wearing ass-less chaps, the 1968 Dodge Charger with a rainbow flag on the roof; go.

G: I love it as a concept. It offends many different constituencies all at once.

K2: El Jefe had a wonderful, non-sequitur story about the next car; shoot the breeze about the Polski FIAT 126p.

G: As far as I know this or the proper FIAT version was never sold in the US. There was a Wheeler Dealers: Trading Up where Mike went to Poland to get one and there was a big customizing scene for these.

K2: Kick out the jams on the Chrysler New Yorker Brougham. I’m not sure that there was a Brougham in the 80s, as El Jefe and CFlo mentioned on the show. I know they existed in the 70s, so I’m not so sure but they did mention the 80s so I think they were focusing on the K-cars. Would you rock one?

G: When I was a kid we’d always say “Broam, broam!” whenever we’d see something named Brougham. I think an 80’s K vintage would probably be fun to own for a day, then you’d realize that you were driving a K-car…

G: I agree with the hosts, looks cool from the outside, especially in a 70’s color like orange or yellow with 911 style wheels and a surf board on top. I think from the drivers seat, you’d get tired of the lack of performance and around here, the sad defroster system would be a big pain. Like a hamster blowing through a straw as they say.

K2: The “From the Website” segment is always interesting; El Jefe chose the AMC Concord D/L as the car of the week. What do you say to that; grapes for a fine wine or you wish this one would fly off a clip to a fiery grave?

G: Like I said in the comments, there is probably a reason why the current owner tinted the windows…

K2: El Jefe chose the Elva Courier as the latest car that he’d like to actually buy. Would that have been your choice from the past week or so or would you choose the Mazda-based Ford Courier as your choice of chick magnet?

G: I could care less about the chick magnet part, but that Elva must be a total kick in the pants to drive. I’d love to have one.

K2: You didn’t get a chance to answer the question posed to you by some guy named K2 Mystery Car on the podcast. Now’s your chance; what do you think of the new Alfa Romeo Giulia sedan? Wait, let me get behind this retaining wall…okay, go!

G: I’ve been an Alfista since the early 70’s, so that gives me zero credibility to comment on Alfa’s (FCA’s) product planning. I’m precisely the person they make sure not to invite to focus groups. Anyway, I’m not crazy about what FCA is doing to Alfa. My GTV stickered for $5,300 in 1973. Using the magic of an inflation calculator, that works out to about $30K in today’s sorry, deflated dollar (Fiat currency – get it?). That is “affordable” to someone of modest means if they stretched a bit. Today, at least in the U.S. we have the limited edition 4C that reportedly stickers for around 50K, but really will be more like 70K and this new sedan that is supposed to go for around $50K. I don’t think I’d consider that affordable. I also think it looks like a German car with an obnoxiously oversized Alfa grille slapped on. It doesn’t have a distinctive look that you can tell from a distance: Italian car. You’d probably lose it in a car park amongst the Germans. I think they are too focused on trying to be the Italian BMW or Audi vs. being Alfa Romeo. Typically, I’d say I’d wait a couple of years after it finishes depreciating like a rock, but I’m not really interested in a sedan unless it was an updated Giulia Super. Fat chance of that happening. It will probably drive like a German car too. Had enough ranting yet? Here let my wipe that spittle off you…

K2: The end of “Top Gear” came up at the end of the podcast. Do you have your own memorial and thoughts on the mother of all car shows?

G: I liked it for what it was: an automotive comedy show. I’m interested in what it will look like on Amazon Prime. It will probably be about the same, with a few small tweaks to keep the Beeb from suing them for trademark infringement, like no Stig for example. They will still be able to call rubbish cars rubbish. As long as the Am-holes get people to sign up for Amazon Prime, they don’t have to care about the manufacturers opinions. I’m a bigger Wheeler Dealers fan if you are asking…

K2: I really enjoyed your spot on the DT podcast. I hope we’ll be hearing from you again real soon…? Are you hungry; want to have some lunch? Let’s see here, I’ve got some dumpster diamonds and road pancakes I found a week ago we could grill up…

At that point, Gianni was able to escape my grimy grasp and he got away. He left us with much to cogitate and ruminate over like a bunch of berry-biting bovines. Until the next DT Radio Show and another episode of Behind the Garage, that is…!

DT E-i-C Vince: Thanks to K2 for putting together this post show interview and Gianni for his candor and cooperation!