Before they became associated with grey hairs who’d given up on anything resembling performace, Buick was GM’s luxury performance brand.  In 1955, their popularity peaked when 738,814 new Buicks found their way into homes everywhere from Springfield to Mayfield and Mayberry.  While that would seem to suggest there are more 1955 Buicks to choose from than any other year, finding a nice one is still pretty tough.  Find this minty clean 1955 Buick Century 2dr Hardtop for sale in Olive Branch, MS on Ebay with bidding at $12,600 with the reserve unmet and closing today. The seller has a buy-it-now of $19,000 which gets us in under the wire as a reasonable alternative to a used Camry. 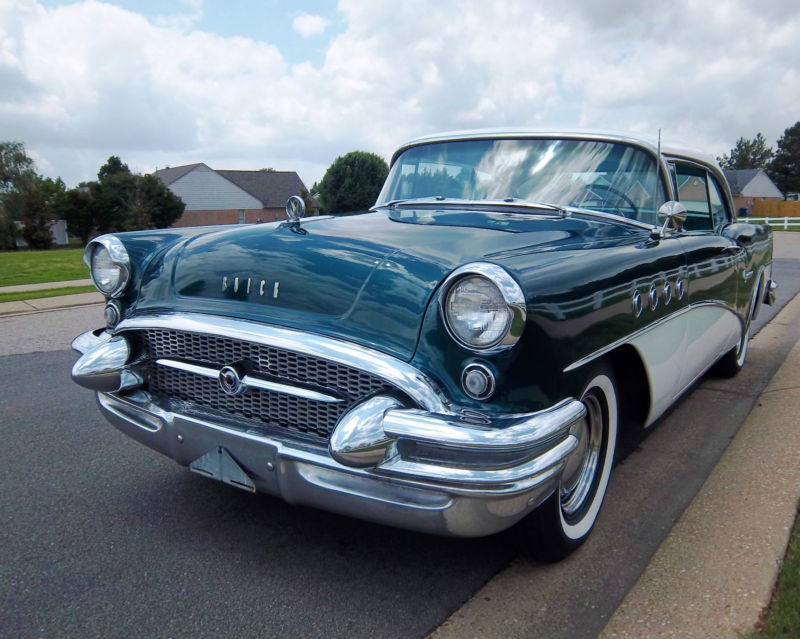 While the Roadmaster and Special are the two models most associated with Buicks from the 1950’s, the Century is truly the model to own.  This particular model is the Century Riviera Hardtop.  Before Riviera became a stand alone model in 1963, it was the designation for all of Buick’s hardtops whether two or four door.  Referred to as the Banker’s Hotrod, the Century was based on the win-win formula of the Special’s shorter wheelbase and the Roadmaster’s bigger 322 Nailhead V8 engine. 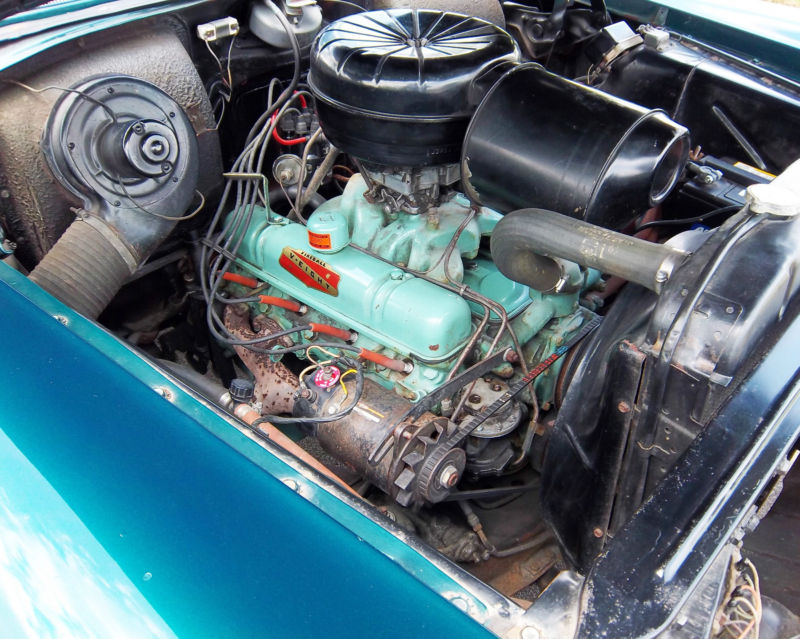 Equipped with a Carter AFB 4 barrel carb, the 1955 Century boasted 236 hp, allowing it to claim rocket-sled like performance of 0-60 in just over 12 seconds!  A fair amount of that horsepower went to spinning its variable pitch DynaFlow transmission rather than the right rear tire.  Think of Buick’s variable pitch DynaFlow as the great great grandfather of the CVT.  According to the text of this ebay ad, this car is apparently on a low-carb diet as its described as topped with a Carter 2bbl carb.

If patience is required for developing highway speeds, at least there’s a good waiting room as shown in the picture below. 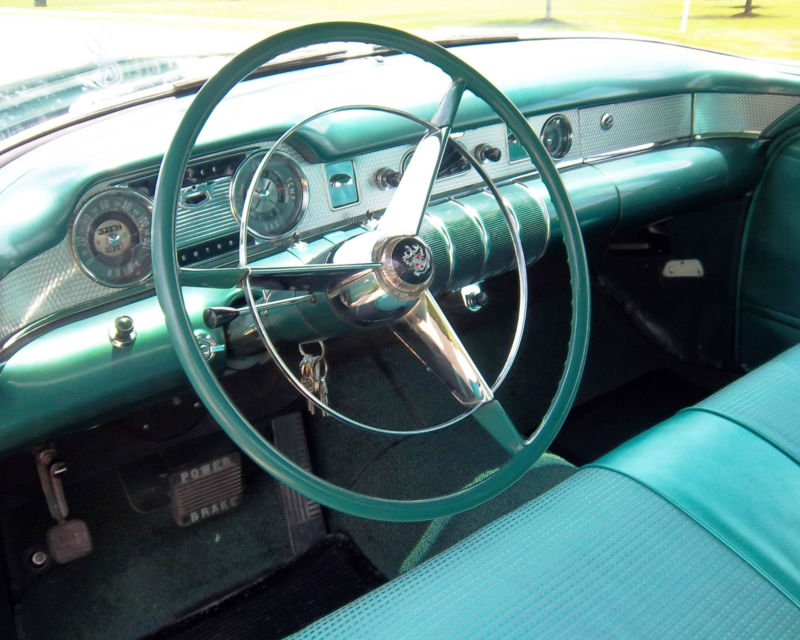 While the base cushion above appears to have an original style fabric, the seller notes that they are including “interior fabrics stock” which is shown in this picture of the trunk.  OEM fabric from sources such as SMS in Oregon is getting to be quite rare expensive.

If you buy this beast, just leave the keys in it when you park it, as most people haven’t a clue how to start a 1950’s buick.  This generation of Buicks has its starter switch incorporated into the carburetor linkage.  When the engine is not running, a small ball bearing rests in a tube at the base of the carburetor where it completes a ground circuit.  Pressing on the gas pedal to the floor engages the starter.  Once the engine starts, their is sufficient vacuum created to pull the ball bearing out of the way, breaking the circuit and disengaging the starter.

See a another Minty Clean 1950’s Freeway Bomber? Email us at tips@dailyturismo.com