The Jensen-Healey was one of those automotive mashups that didn’t quite gel into something memorable enough for everyone to instantly recognize & adore, decades later. The combination of names sounds impressive, but the finished product left something to be desired, unlike the more successful joint ventures that have reached LEGEND status… e.g. Shelby Cobra. Kaiser Darrin. Nash Metropolitan. BMW Isetta. OK, maybe I’m getting a bit far into left field here. At any rate, find this 1974 Jensen Healey for sale in Alamagordo, NM for $6,500 via craigslist. Tip from Johnny Bouncewell. 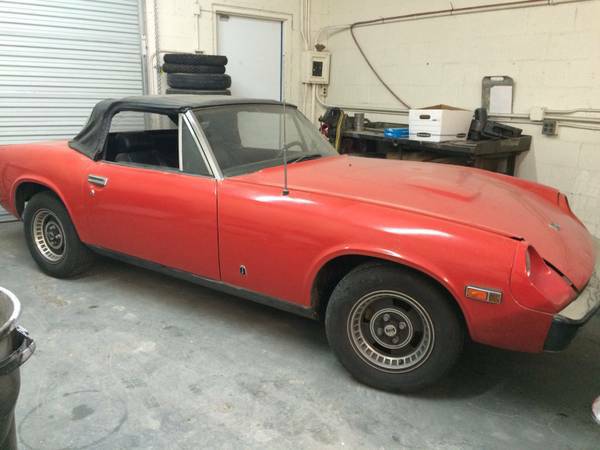 Compared to lots of low-volume ’70s sporty cars the Jensen-Healey looks pretty restrained, even with its angular removable hardtop. This 1974 model has bigger Federally mandated bumpers but retains the old 4-speed Chrysler sourced transmissions – 75 and 76 models got a BMW-spec Getrag 5-speed. 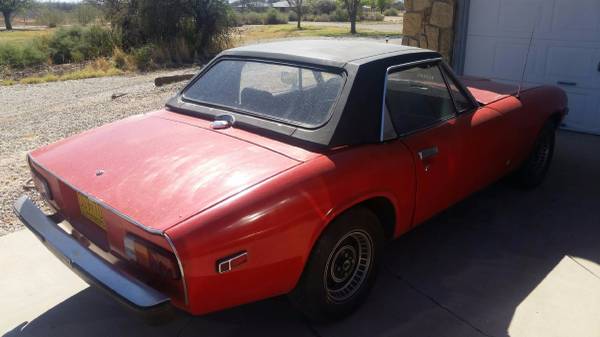 This car doesn’t look to be in poor shape and has a claimed 52,800 miles on the odometer. So why haven’t J-H values taken off, like the A-H before it? Maybe it’s the undistinguished styling, or the compromises that were made to the final spec in order to sell it in the US during the beginning of the emissions control era. Or maybe, you know, the crummy build quality and terrible reliability. 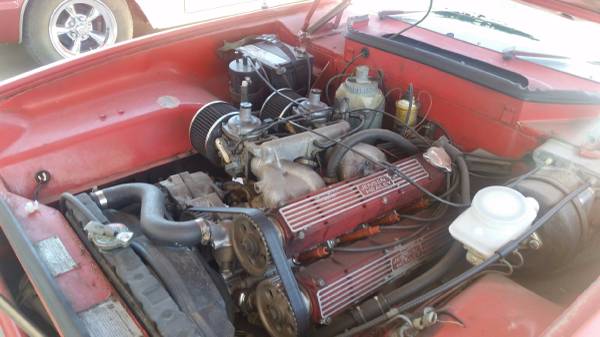 The Lotus 907 engine isn’t a swap, it’s what these cars had from the factory. It’s a 2.0L twin cam 4-cyl that made about 140hp when new. The dual Zenith/Stromberg carbs could be upgraded to a set of Euro-spec Dell’Ortos for a power bump, assuming your state of residence doesn’t have a visual emissions inspection for 1974 vehicles. 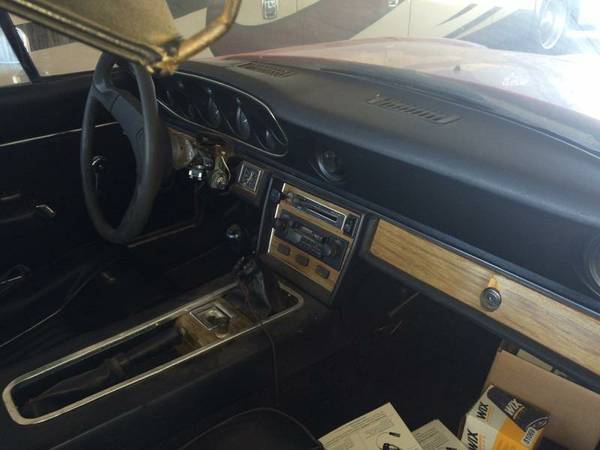 This interior looks like a decent place to spend some driving time – again – why is this thing so cheap? It certainly couldn’t be down to the marque’s racing provenance – I myself happen to have driven in a 24 Hours of LeMons race where two Jensen-Healeys were competing, one of which was driven by none other than Neil Peart, drummer of the band Rush (who are finally in the Rock & Roll Hall of Fame). So I dunno, maybe the J-H is due for some appreciation.

See a better deal on a joint venture? email us here: tips@dailyturismo.com