The re-invented 21st century Mini was designed/developed around the turn of the century in a collaboration between Rover and BMW…but ultimately the design was much more Munich and not so much Gaydon.  The car was produced in Oxford, England, but with an American designer, French engines, and German engineering, so it is about as British as bratwurst, Laissez-faire politics, or the metric system.  It was, however, a paradigm of practicality, maneuverability, and unpretentious fun…this next example…not so much.  Find this 2004 Mini Cooper offered for $2,600 in Kennesaw, GA via craigslist. Tip from Jeff. 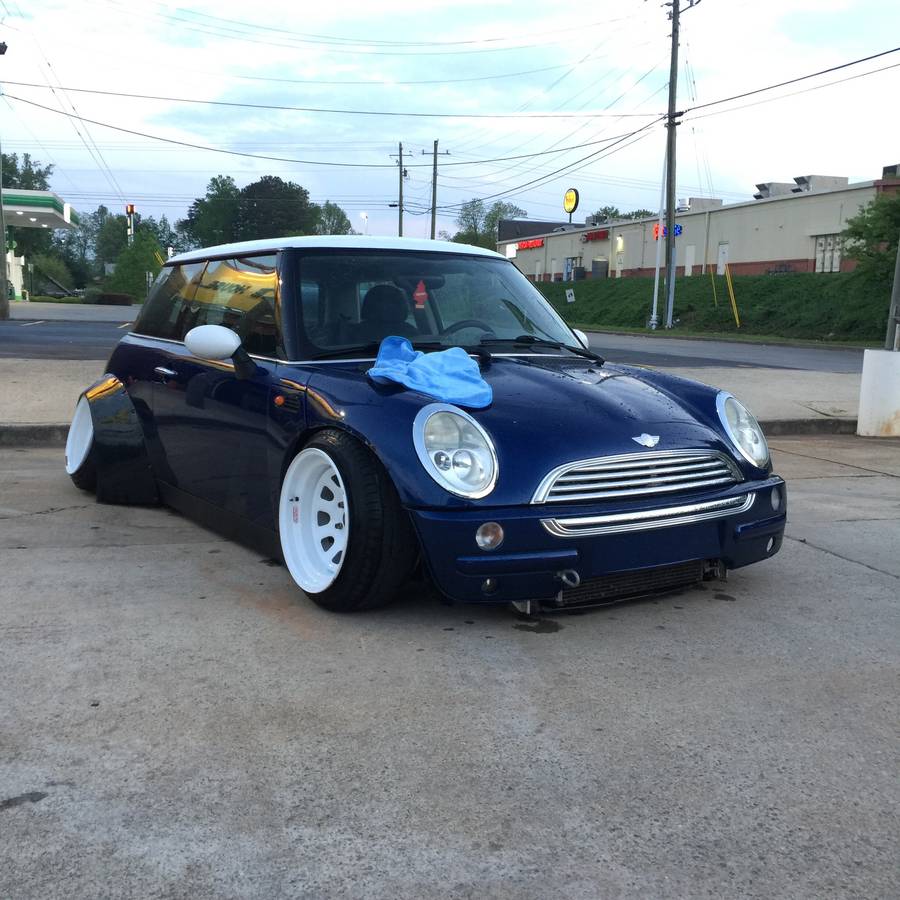 Engine and transmission is perfect. Nothing wrong with the engine or trans. Trans is 2 years old. Replaced by Mini of kennesaw. Have paperwork.

Clinched 12cm slider flares in rear. Front flares are 7cm slider. ( I have them but not on the car. )

The car has a wooden pbr can as a shift knob. I took out the e break and shift boots to replace but haven’t got around to doing so.

Only thing that’s wrong with the car is that the driver window regulator is out. Also needs a battery. Maybe, not sure just talk to me and we will see. Driver side door cable is loose or needs replacing and as mentioned shift boots. Other than that it’s fine. Car runs and drives great. Bags work great. 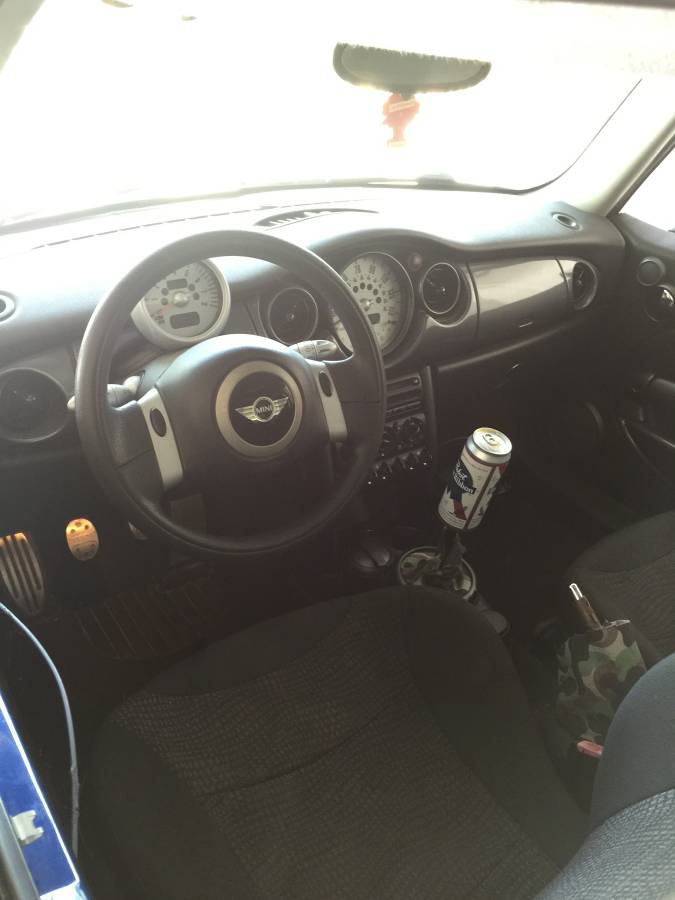 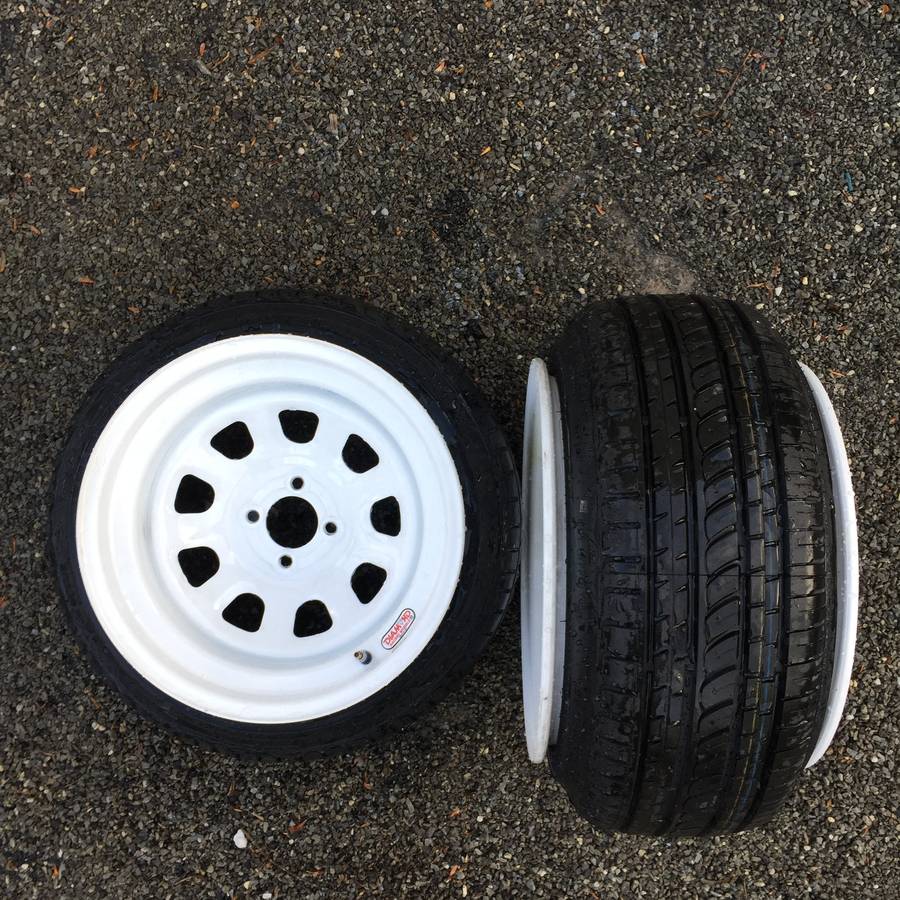 See another car that’ll get you and INSTANT DUI? tips@dailyturismo.com