Television creatives in the 21st century have lost their mojo, and the current trend is to create remakes or reboots of classic, successful shows — perhaps with a twist.  Change ethnicity or gender of the lead characters (compared to the original whitewashed 50s/60s versions…) and you’ve got instant gold.  Imagine if you rebooted the original A-Team, but used vertically challenged actors instead — John “Hannibal” Smith is played by Danny DeVito, Templeton “Face” Peck played by Tom Cruise, “Mad” Murdock played by Wee Man, and B.A. Baracus is played by Steve Urkel.  Now…for the pièce de résistance, the GMC Vandura is replaced by this 1990ish Cushman Van here on eBay offered for $6,950 buy-it-now or make-offer located in Mundelein, IL. 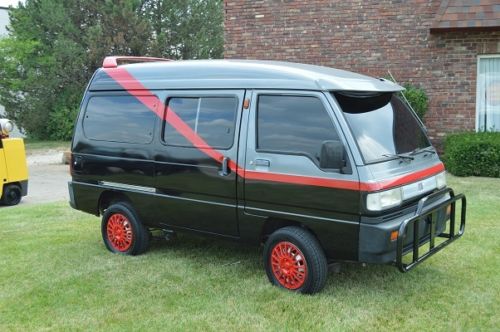 High speed car chases won’t be so high speed in a van with 49 horsepower, but if looks could kill, this baby will be deadly.  The custom paint, red wing, and front bumper combine for look that will guarantee notoriety and fame wherever you go. 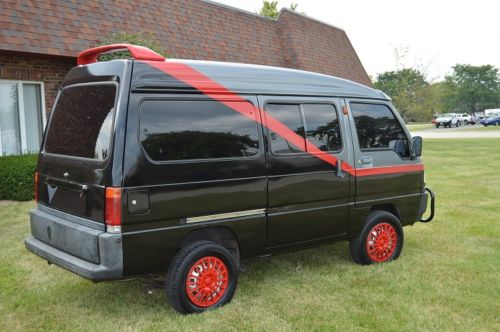 See a better way to drive around like the A-Team? tips@dailyturismo.com