B is for Boosted: Turbocharged 1966 Volkswagen Type 1 (Beetle) 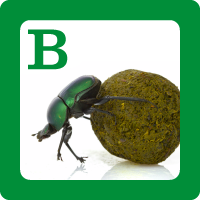 Since most rear engined aircooled cars starting with the letter P are climbing ridiculously away from the DT price cap of ~$20k, what better than the ancestor itself, the “four seat 356,” the Volkswagen Type 1, for the enthusiast driver who wants his car pushed around from behind sans radiateur? That’s right – this car was never officially called anything other than Type 1, despite the many nicknames it received: Beetle, Bug, Fusca, Käfer, Pulga, Tortuga, and Vochito, to name a few. It manifested out of the minds of Dr. Ferdinand Porsche, Erwin Komenda (some would argue Hans Ledwinka and Josef Ganz) and friends around 1939 in recognizable form and soldiered on until Mexicano producción fue muerto en 2003. 64 years was a good run. Today we present this nice mid-60s example with a butt ton of power and a clean but scruffy appearance. Find this turbocharged 1966 Volkswagen Beetle for sale in North Hills, CA for $11,000 obo via TheSamba.com classifieds. 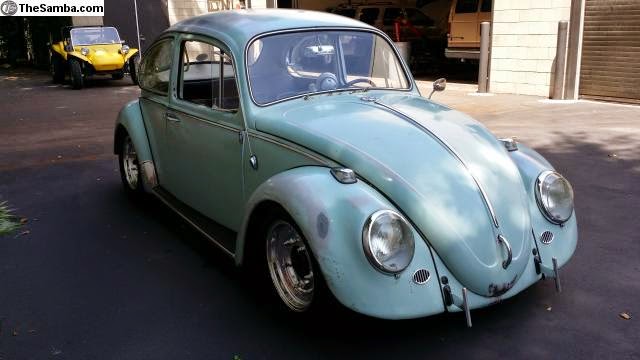 Ok, I know what you’re thinking: “the VW Beetle is a terrible car and you’d have to be insane to drive one regularly in 2014, let alone a turbocharged lowered hot rod.” You’re probably right, but these cars are just fun in and of themselves. If you forget that every other car ever imagined ever existed, they are perfectly adequate for daily duties and exhibit a certain willingness to keep on running forever. If you imagine that automotive engineering was frozen in time circa 1939, you’re more likely to accept the quirks and foibles of the world’s most prolific people carrier. 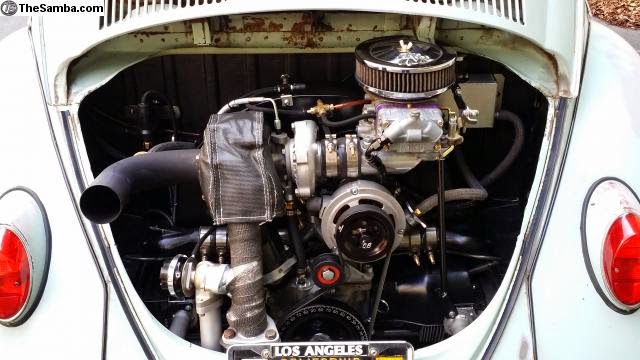 Conversely, driving a Beetle will make you appreciate every other car that much more. “Wow, this 1983 Volvo 242 sure feels luxurious and powerful!” I would say to myself after driving my ’66 Beetle one day, and the DTPC 242 the next. Let me put it on record that the DTPC looked great but was a wallowy, underpowered, 300k-mile appliance when I sold it to my buddy Alex…and now it’s a lot less wallowy…anyways, I digress. 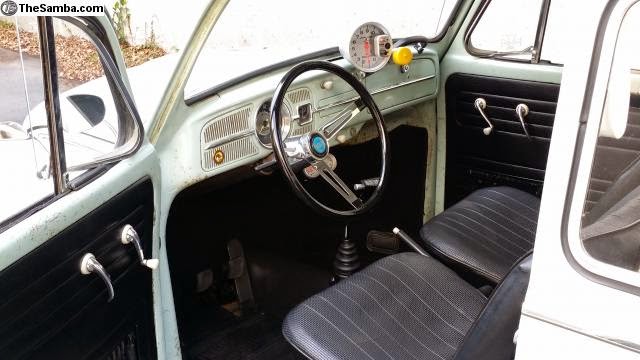 This featured car is the alleged recipient of much mechanical work, including an AJ Simms Lowbugget.com turbo kit with draw-through carb setup, a newly built 1915cc (1.9L / 117 c.i.) flat four, a transaxle equipped with straight-cut gears and an overdrive 4th gear ratio, disc brakes to replace the original 4-wheel drums (which are terrible!), Centerline style wheels, and slightly lowered suspension. I hope it’s making somewhere in the neighborhood of 200 hp (100hp/L), which is more than enough for a squirrely 1700 lb car from the ’30s and would give it a ridiculous weight/power ratio near 8.5:1….i.e. seriously fast. 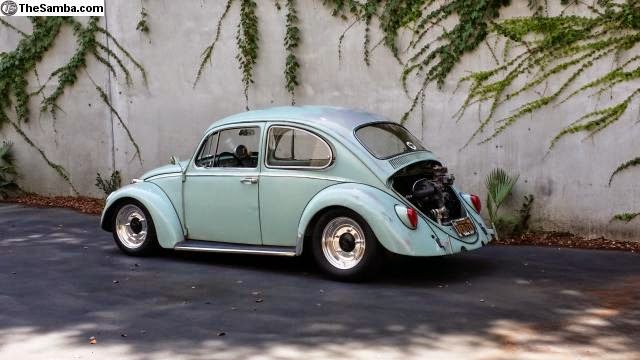 As the longtime owner of a ’66 Beetle myself, I can say I really like the idea of daily driving a simple ’60s car if you have a short commute and want a more raw experience. With this turbo’d hot rod, the experience will definitely be more raw, if a bit less pure than a naturally aspirated VW wheezer making the 50hp that would have originally powered this Bahama Blue bug.

Previous: A is for Abomination: 2003 Pontiac Aztek

Next:  C is for Corinthian Leather: 1992 Corvette Coupe

A is for Abomination: 2003 Pontiac Aztek C is for Corinthian Leather: 1992 Corvette Coupe