The BMW E30 3-series is a popular car for modification — it was produced in great numbers, has a huge fan-base, and handles like a modern car.  This means that all kinds of engines get shoved in the front, mostly larger/better/later BMW inline-6s, a few BMW V8s, LSX V8s (of course), but this one is certainly an interesting choice.  Find this 1987 BMW 325i with Nissan VH45DE V8 power offered for $6,200 in Tustin, CA via craigslist. 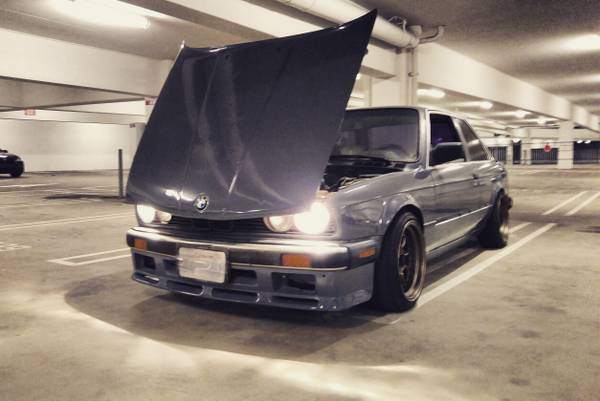 The E30 with an engine swap that we’ve featured, but it is the first time I’ve seen the Infiniti Q45 engine shoved into a BWM.  The car also lowered a few inches and is covered in a battleship grey paint that doesn’t look BMW OE to me. 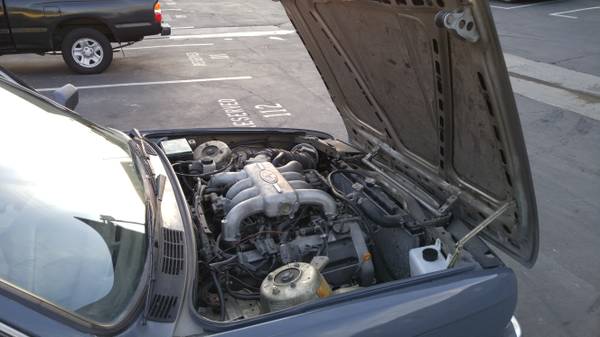 Under the hood is Nissan’s VH45DE V8 that appears transverse at first glance due to the tarantulaesque intake manifold, but it actually a longitudinal DOHC V8.  The VH45DE is rated at 278 horsepower from the factory (but actually produce something closer to 310 hp) and is mated to a 5-speed manual from a twin-turbo 300ZX.  With the welded diff out back, this thing should be quite a little menace. 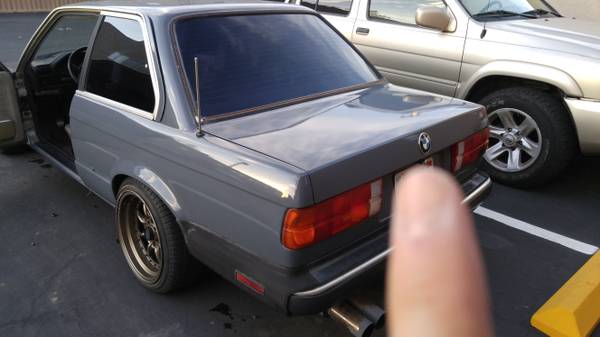