The Avant Garde art movement was an early 20th century rejection of the norm by artists — up became down, and down became green.  The fine “art’,” music, theater, and cacophonous nonsense that emanated from the “advanced guard” of the art world is just about the antithesis of Audi’s stately Ur-S6 wagon, but they strangely share a name.  Find this 1995 Audi S6 Avant offered for $10,000 in Centennial, CO via craigslist. Tip from CJ. 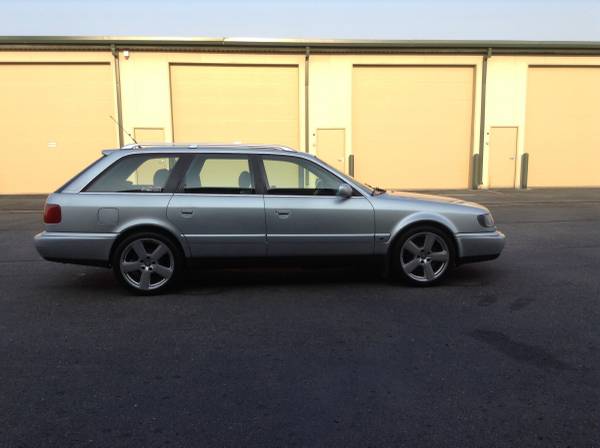 If you are in the market for a 7 passenger family hauler, the S6 Avant might not be on the top of your list…heck it probably won’t even make the list, but all 400 of the US bound C4 generation S6 Avants (typ 4A9) came with a small set of rear facing kid seats…so it should be on the list.  Right next to the AMG E55. 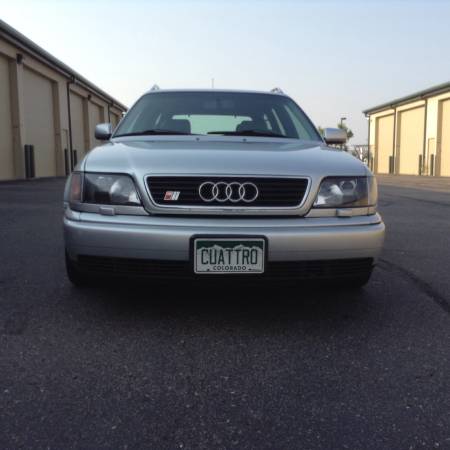 Powering the ur-S6 is a 2.2 liter inline-5 cylinder 20-valve engine that pushes out 227 horsepower and 240 ft-lbs of torque — decent numbers of the mid nineties and enough to put 60mph behind you in 6.7 seconds.  It isn’t fast per se, but the time you spend behind the wheel is fun in the odd way that Audi S-cars bring fun, luxury and style.  They don’t have the lithe reflexes of an M-car or the pure mid range punch of something from AMG…but they just seem happy to scramble for grip coming out of a corner. 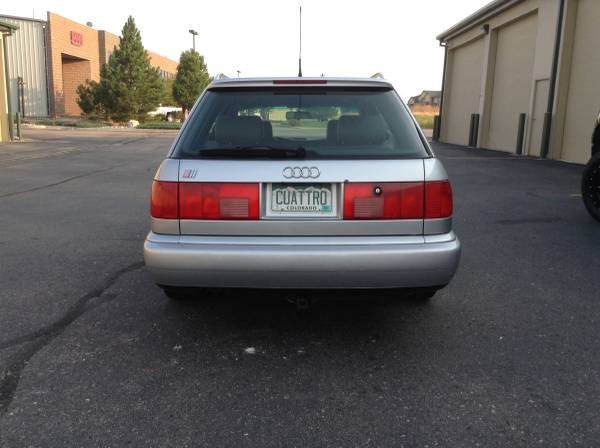