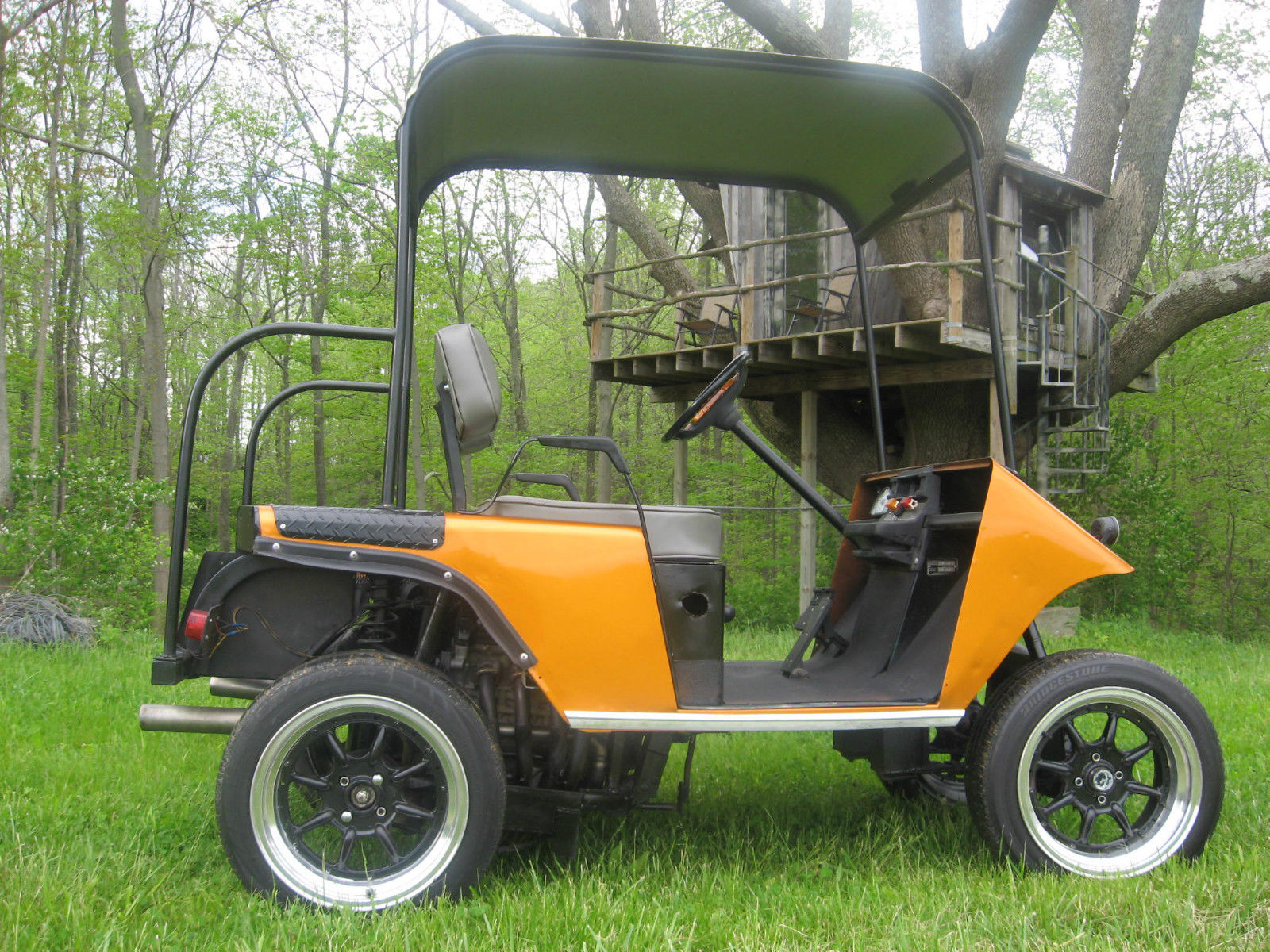 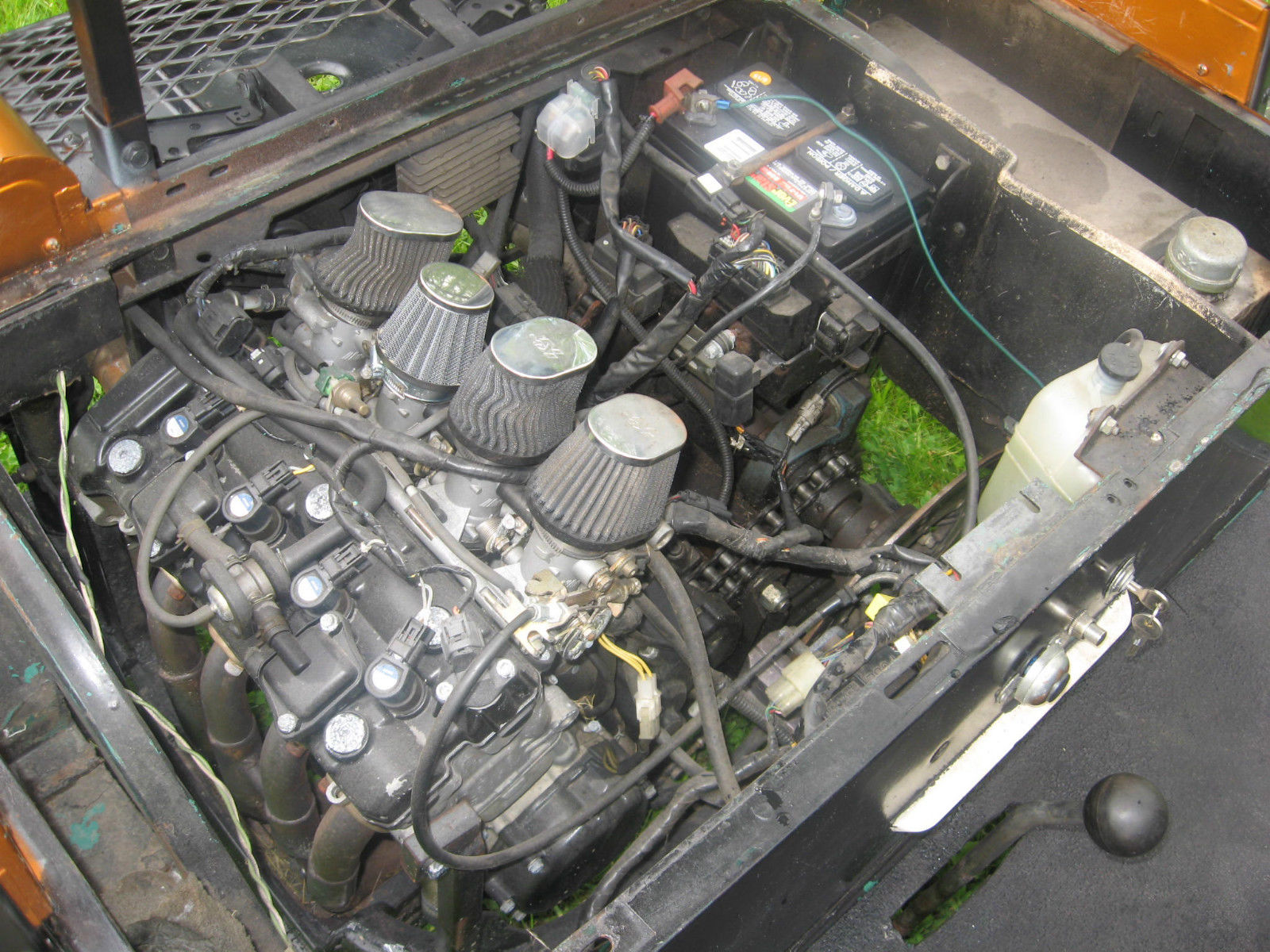 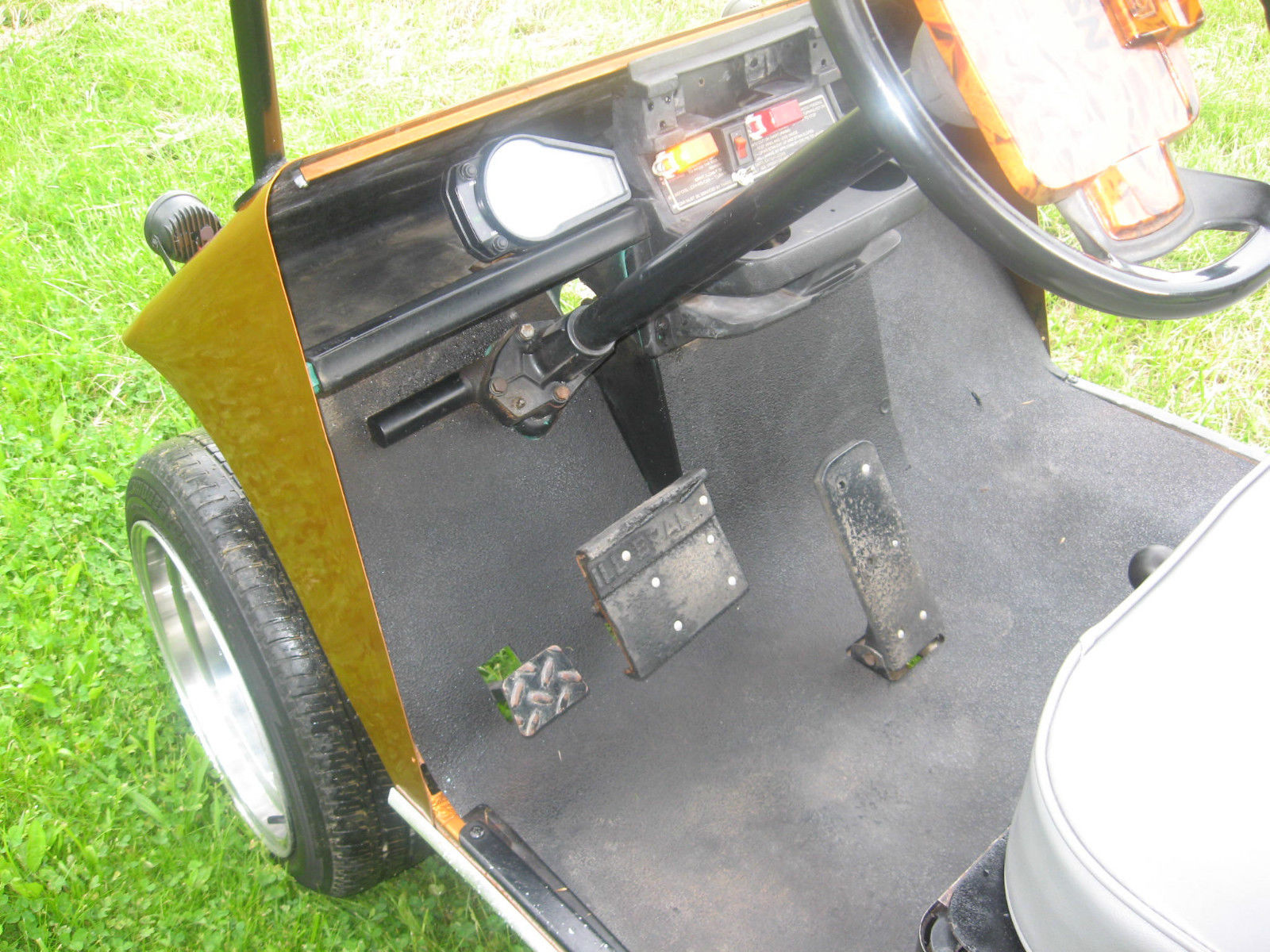 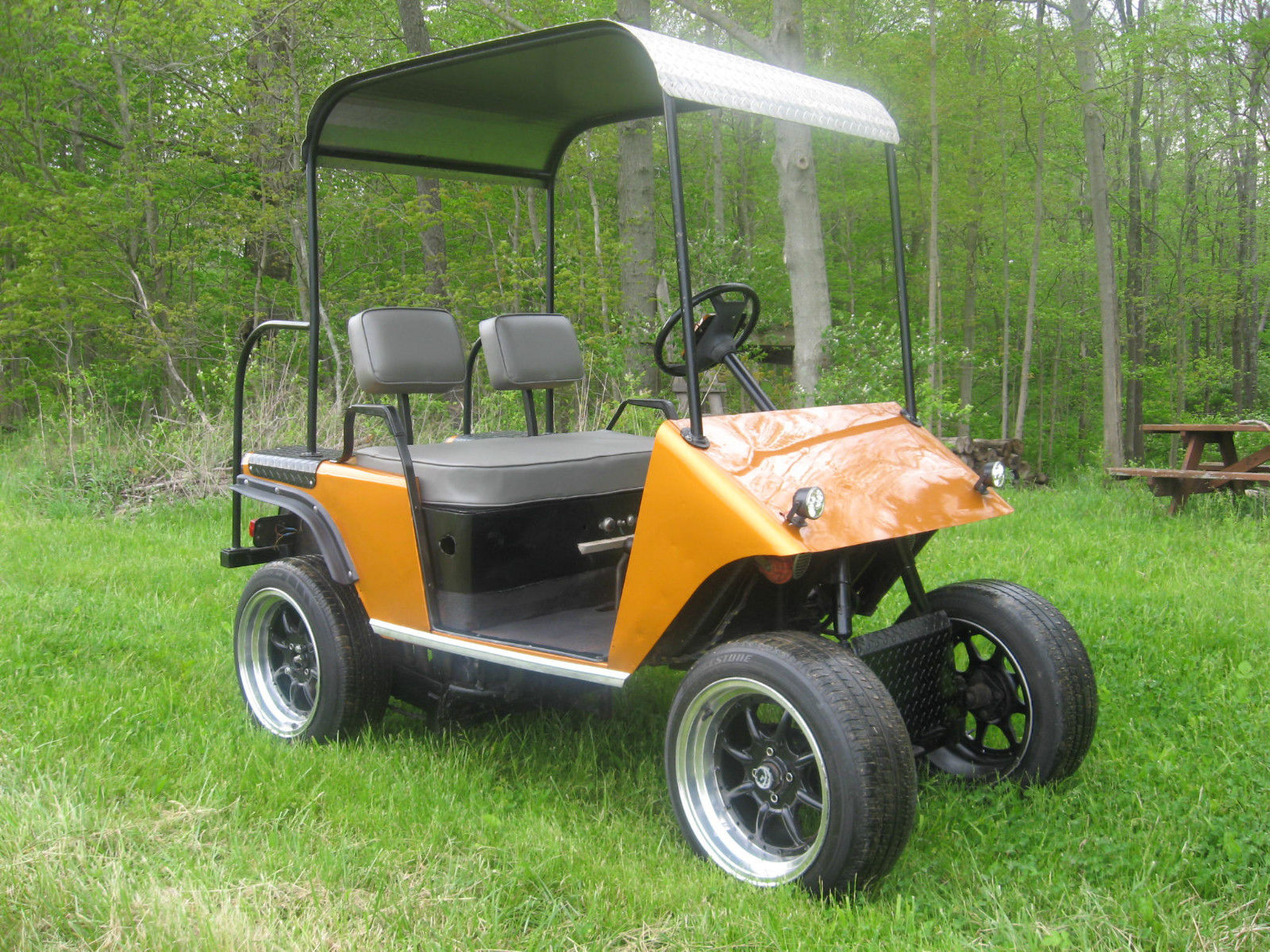 OK, what we have here is your standard 100
horsepower golf cart!  This 1986 EZ-Go Marathon has a 2002 Suzuki
GSXR600 engine and dash installed.  The specifications on the bike says
it makes 115hp…  The install into the cart is actually pretty tidy – I
bought it like this and don’t know who did the actual work but they did
a good job installing the motor, radiator and dash.  It is liquid
cooled and fuel injected.  Runs great.  See pictures for details of the
install.


Here is a video of me driving the cart – the sound is what gets it:  https://youtu.be/LBOLW5PtIGY


Now,
the driving experience… this thing is loud, it sounds like an inline 4
cylinder sportbike without much of a muffler, because that’s what it
is.  It really gets loud when you rev it up but if you just poke around,
its not too offensive.  It definitely turns heads because when people
hear the noise they expect to see a motorcycle pull up, and then when
they see its a golf cart, well let’s just say its surprising.  It is a 6
speed with a clutch (foot clutch like a normal manual car).  There is a
gearshift knob that you push to the right to downshift, and to the left
to upshift.  It does not have a reverse, so plan accordingly.  The
brakes aren’t great – might need new pads, I haven’t looked into it.  I
usually just downshift to slow down.  This thing is not the most stable
vehicle in the world and it will go a lot faster than you will have the
nerve to drive it. On the street it gets pretty nervous above about
30mph. I’m pretty stupid and this thing scares the crap out of me.  I’m
selling it before I kill myself in it.  I thought it would be fun for
my kids but after driving it myself, no way am I letting them drive it.


I
suggest this is only driven by very intoxicated people because in a
crash, the drunk is always the one who lives through it…    The stock
gauge cluster from the Suzuki is mounted in the dash and the speedometer
works though it reads high due to the gearing of the cart being
different than what the bike originally had.  The cluster also tells you
the coolant temp and has a neutral indicator and the usual other info
that is on the motorcycle gauge cluster.


The
cart is lifted and has 16″ wheels off a Honda car.  The headlights and
taillights work.  I don’t have a title for it but I will give you a bill
of sale.

You do not want to put a kid behind the wheel unless you don’t like the kid, because he WILL crash it.


I’d
much prefer you come drive it before you buy it but I realize that only
works for local buyers.  It is fun to drive and like I said, gets a TON
of attention (I mean how many 100hp golf carts do you see rolling
around the campground?) but its pretty high strung and definitely not
for the faint of heart.  It does all work, but again, its not all that
stable and I just tool around on it at fairly low speeds.  New shocks
may make it more stable, I just don’t know.


Its
not perfect cosmetically – has some dings and scratches and could use
some detailing.  The seat cushions are brand new.  This thing is a
novelty item and I wouldn’t consider it practical transportation, not by
a long shot.  When I bought it the seller told me not to romp on it in
1st or 2nd or it will slip in the motor mounts, so I take it easy until
its rolling along.


I
live about an hour east of Cincinnati and can possibly help deliver the
cart, I have a truck and trailer.  Its for sale locally as well.  $500
PayPal deposit at close of auction and balance in cash when you pick it
up, or we can work something else out.  Regardless of how you pay, the
funds must clear into my account before the cart goes home with you.