People will sometimes ask me what is the strangest car we’ve featured on DailyTurismo over years, and typically I’ll mention some low production oddball like the Brazilian built Puma GT, Manta Montage, Frank Sinatra Edition Imperial, anything by Zagato, or a loony toons custom like the Jeepfiero, not to mention scores of El Caminoized things…but this next feature is not only one of 125 produced, but it is also one of one in terms of concept.  Find this 1966 Arctic Cat Cub 2X2 here on eBay 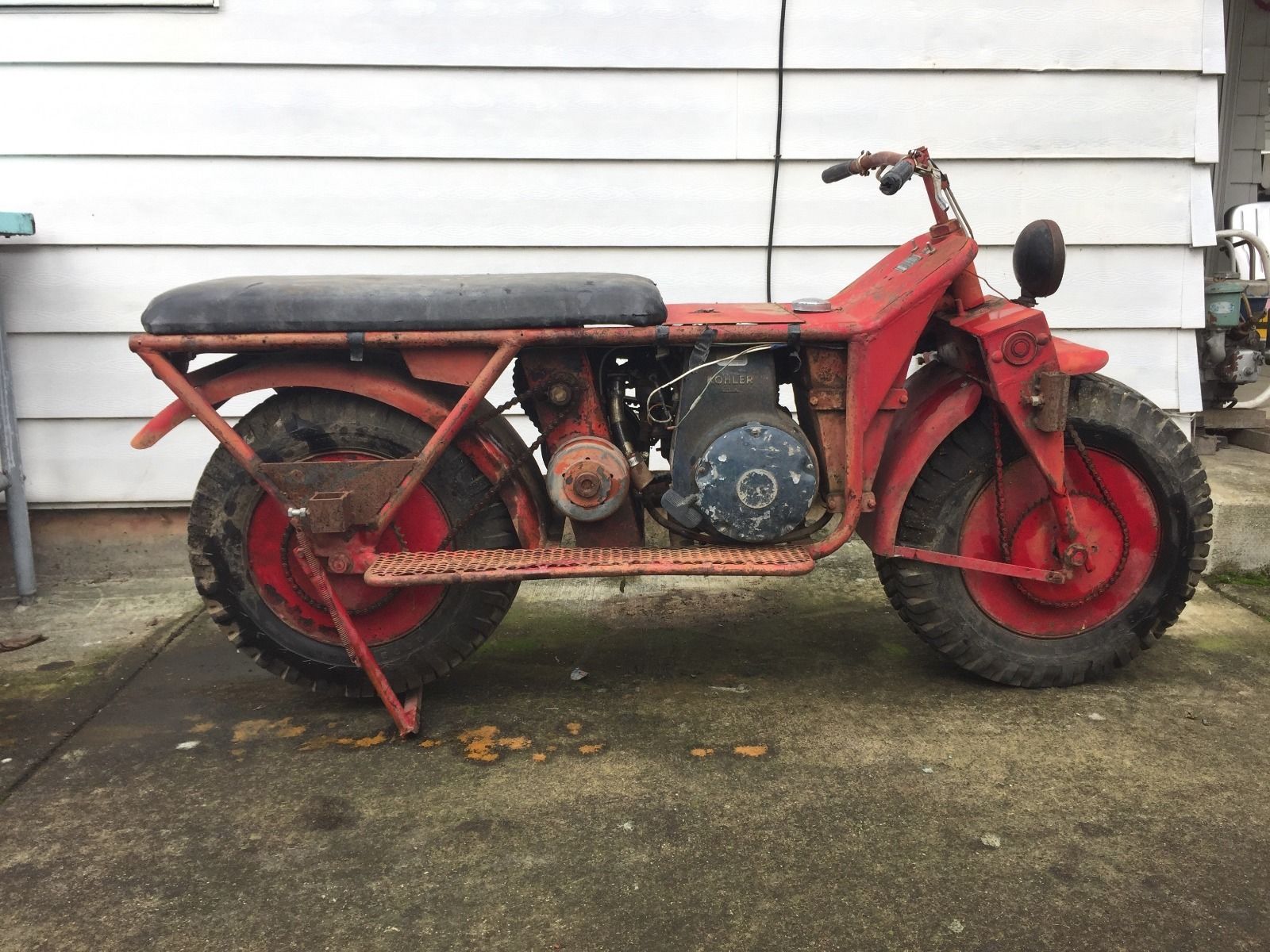 The Arctic Cat Cub wasn’t the only 2-wheel-drive motorcycle to climb the dirt hills on this planet; there was a company called Rokon (surprisingly, they still exist) that also built 2X2 motorcycles back in the 1960s.  Power goes to the front wheels via a complex set of belts, chains, and pulleys — I’m sure the original 2D vellum drawings for this thing could be framed as pieces of art. 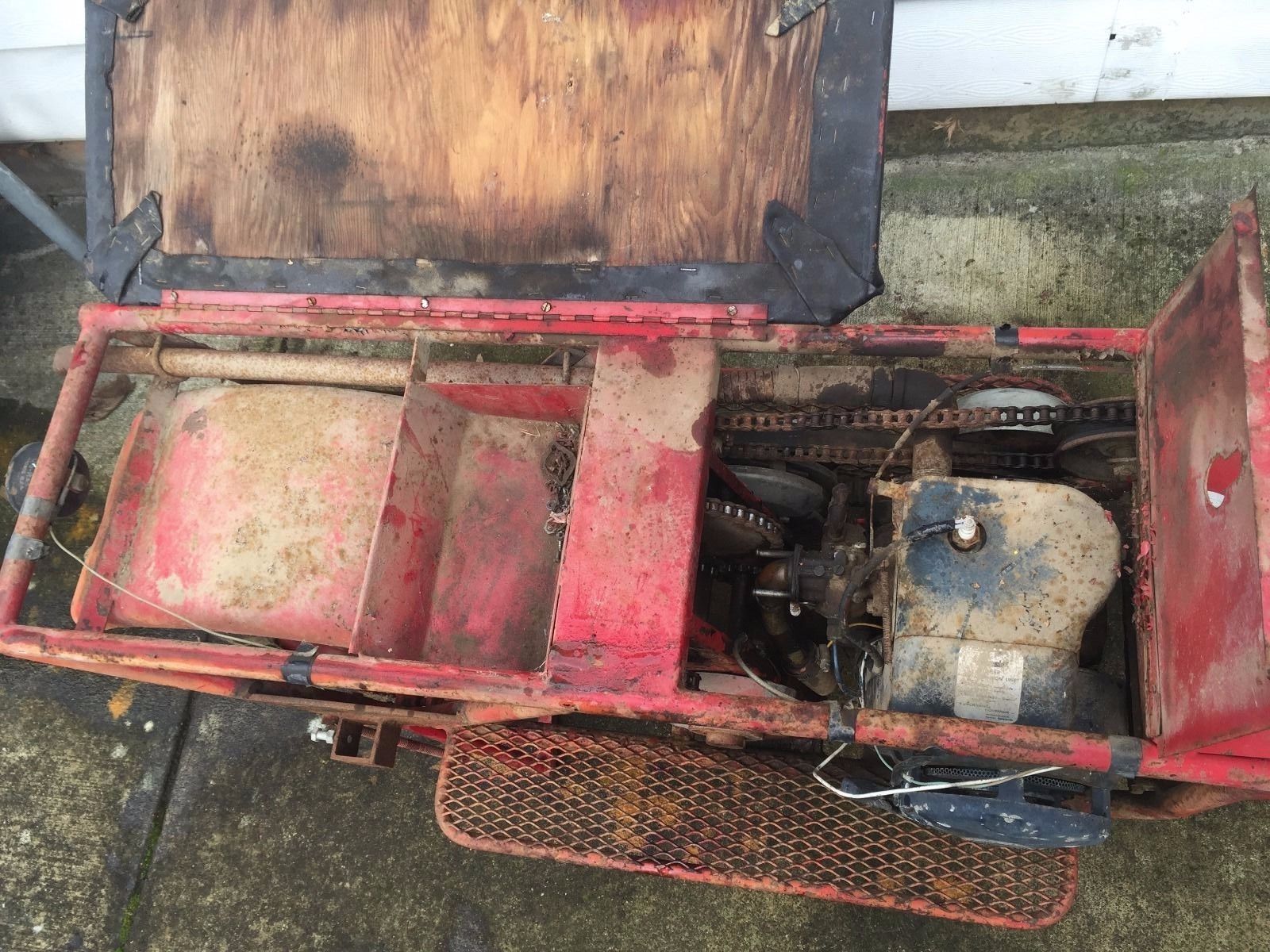 Under the vinyl covered slab of plywood that protects your nether region from flying bits of chain is a Kohler 4-cycle engine that puts 6.25 horsepower into both wheels via a centrifugal clutch.  You’ll need a good set of tools and a decent understanding of mechanical things to restore this Cub back to running condition because you aren’t going to find a Chiltaynes guide at your local PepKragenReillyBoys. 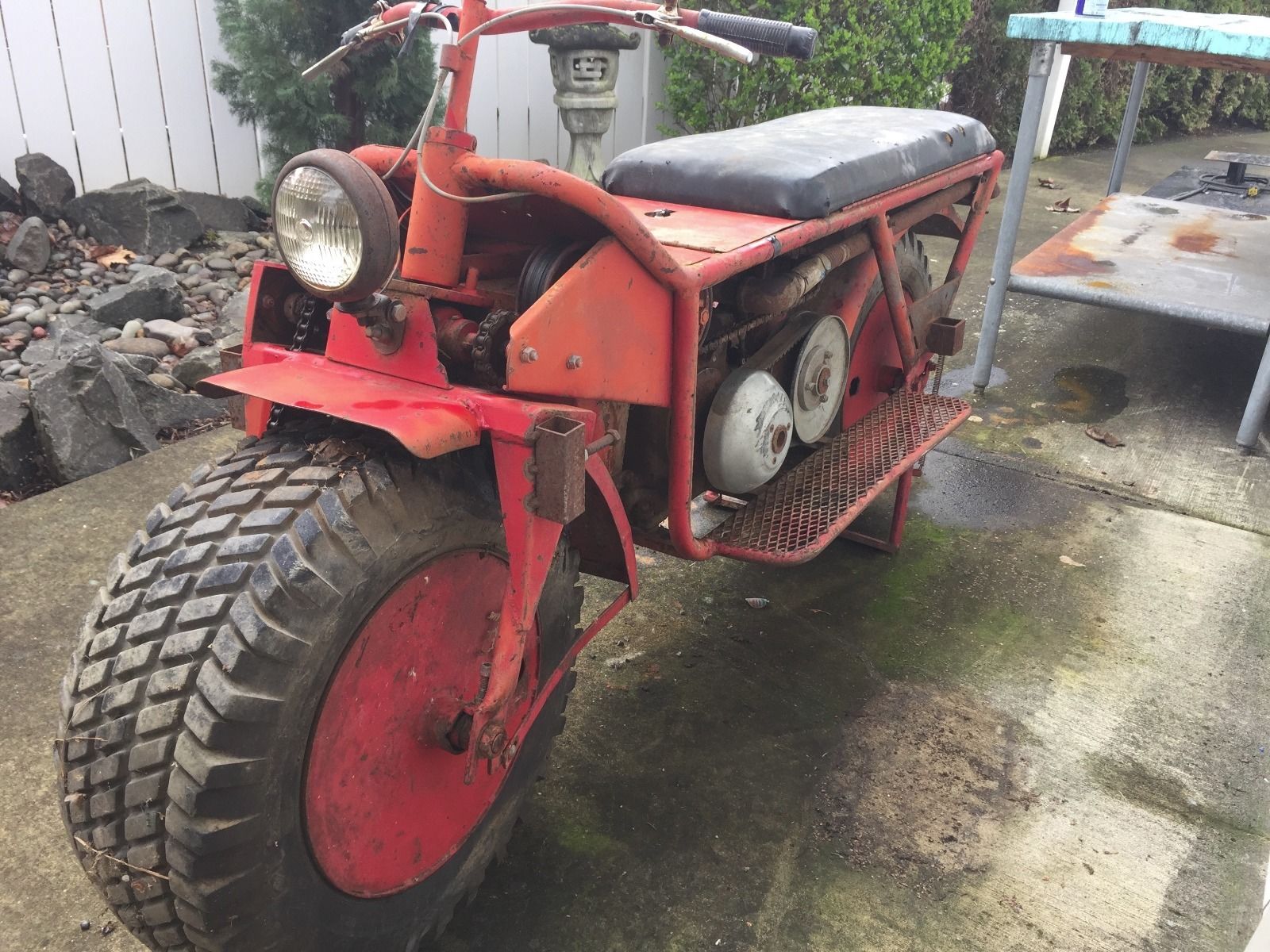 See a cooler vehicle for a Canadian commute or Alaskan adventure? tips@dailyturismo.com