When I was a kid, I had a small collection of those little plastic molded army men — and they were awesome.  A few of the guys had guns, one guy had rocket launcher, and another guy was a slightly different shade of army green, but he had a grenade in one hand and was missing the other.  Obviously he was “Sergeant” and ran this rag-tag group of dirt soldiers…I wonder whatever happened to those guys…?  Anyway, if Sarge and his crew ever came to life, this is what they’d drive.  Find this 1962 Meyers Tow’d Dune Buggy here on eBay  bidding for $4,122 reserve-not-met with a few hours to go, located in Las Vegas, NV. 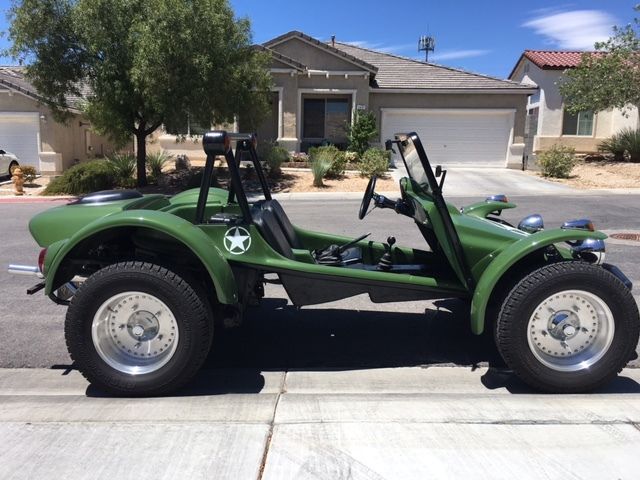 The Tow’d (assembled from bits of a Volkswagen Beetle donor car) was designed to be towed behind your motorhome and then hopped
over sand dunes like a toad when you get to the various free to play
areas that used to dot the American landscape.  These dune buggy off
road areas have mostly been closed by the never ending creep of
urbanization and big brother’s need to keep us safe from ourselves…but
this is essentially an early version of the market need that has been
filled by the likes of Polaris and other enclosed ATV builders. 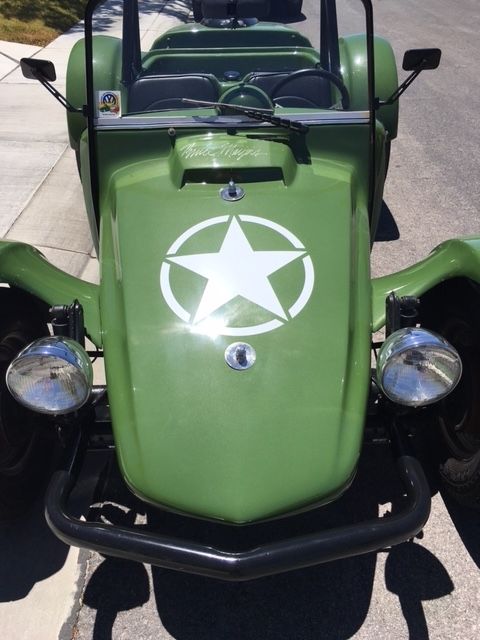 This particular Tow’d looks in great shape, particularly for the low bidding price.  If the reserve is anywhere nearby, it will be well bought if you ask me.  Now…where do I find a green army-man suit to wear while driving this thing? 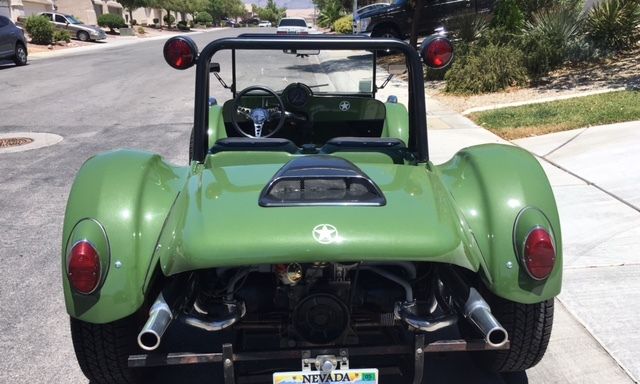