by The Professor — Yes, that’s right, I like them clean, mostly
original, and CHEAP! (relatively speaking). Up for your consideration, a
1950 Ford Custom offered for $9,500 on Craigslist. Stodgy you say? Sure is.
Homely you might even say? Maybe, but look at how clean that puppy
looks. Can’t you just see your old man, cruising along, puffing on his
pipe, wife along side, with 2.5 kids riding in the back? And the dog,
don’t forget the family dog. No word on how many repaints it’s had, or
how recently, but it looks to be well done from here. OK, so it’s a 4
door sedan, I might have ho hummed this one too, but, look under the
hood. 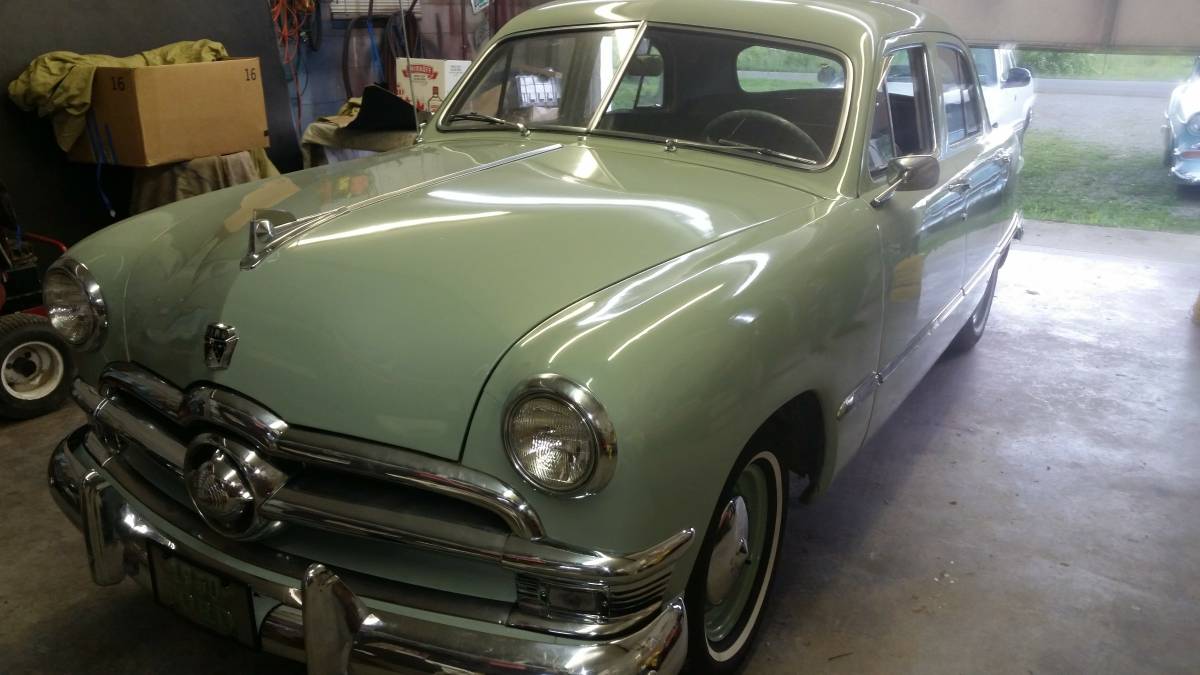 Yeah, baby, yeah! That ain’t your every day, plebeian, straight 6 you
might expect to find here. No sir, that is the venerable 239 CID flat
head V8. The Flatty was rated at a whopping 100hp, with more on tap,
courtesy of guys named Offenhauser, Miller, and Moon. Heck, you might
even pick up a Hooker or two, Hooker headers, that is. Evidently,
somebody named Ward named this engine one of the top 10 best engines of
the 20th century. I’m too lazy to look and see what the other 9 were,
but the other 9 are probably some type of SBC. 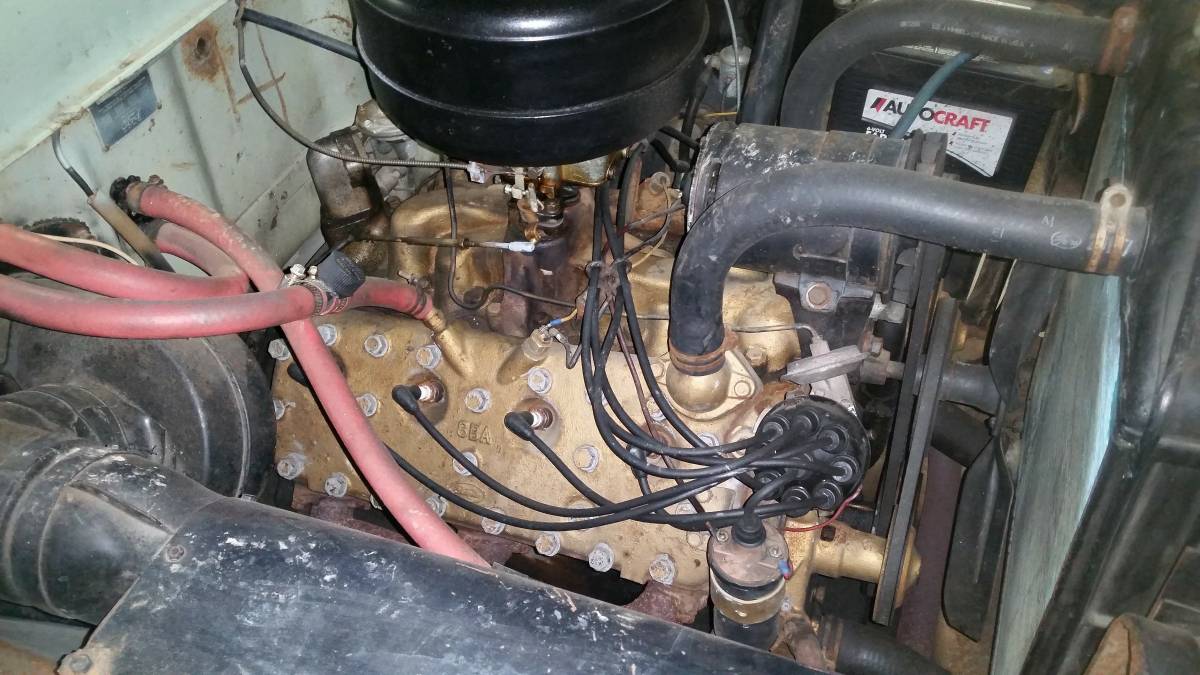 What else do you get for $9,500 OBO? Well, you get a 3 on the tree
manual tranny, a nice interior with, wait, whats this, DIRTY CARPET!?! I
mean, how lazy do you have to be not to vacuum the carpet before you
advertise a car like this? Inquiring minds want to know. I’d have to
offer 2 grand less because, evidently, this person just doesn’t care. So
folks, yet another example of common, quality, Detroit iron, presented
as a drivers class entry. Buy this and for the love of God, vacuum the
carpet. Deal? 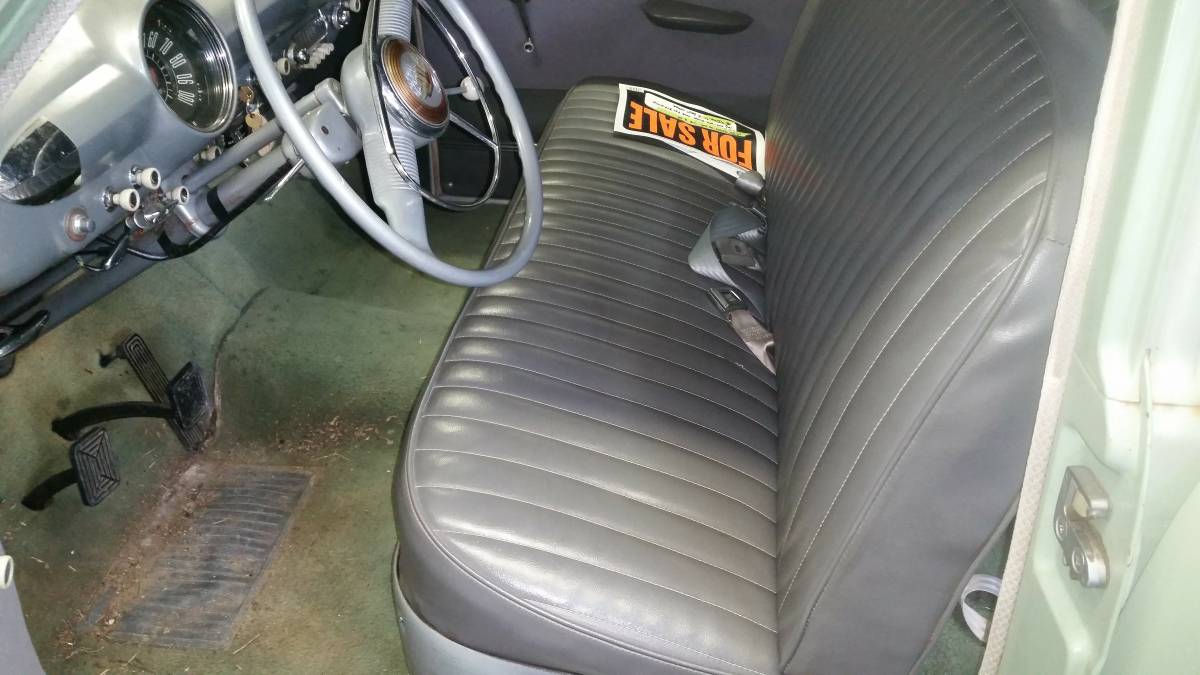 The Professor is an old car and motorcycle loose nut who is currently
working on the largest international science project in the world, a
full scale fusion energy reactor being built in the South of France.