Another Rotary Motorcycle: 1976 Suzuki RE5

When it rains, it pours…right?  If the oddball Wankel powered Hercules W-2000 didn’t offer the right combination of unreliability, fuel/oil consumption, funky space age looks, and low end torque…perhaps this next Wankel powered two-wheeler will.  This is no ordinary Suzuki — it features styling by Giorgetto Giugiaro, a rotary engine, and an exhaust note like nothing else on the planet.  Find this 1976 Suzuki RE5 Rotary Engine Motorcycle here on eBay bidding for $6,000 reserve-not-met with $9,750 buy-it-now located in Dayton, OH. Tip from Hugh. 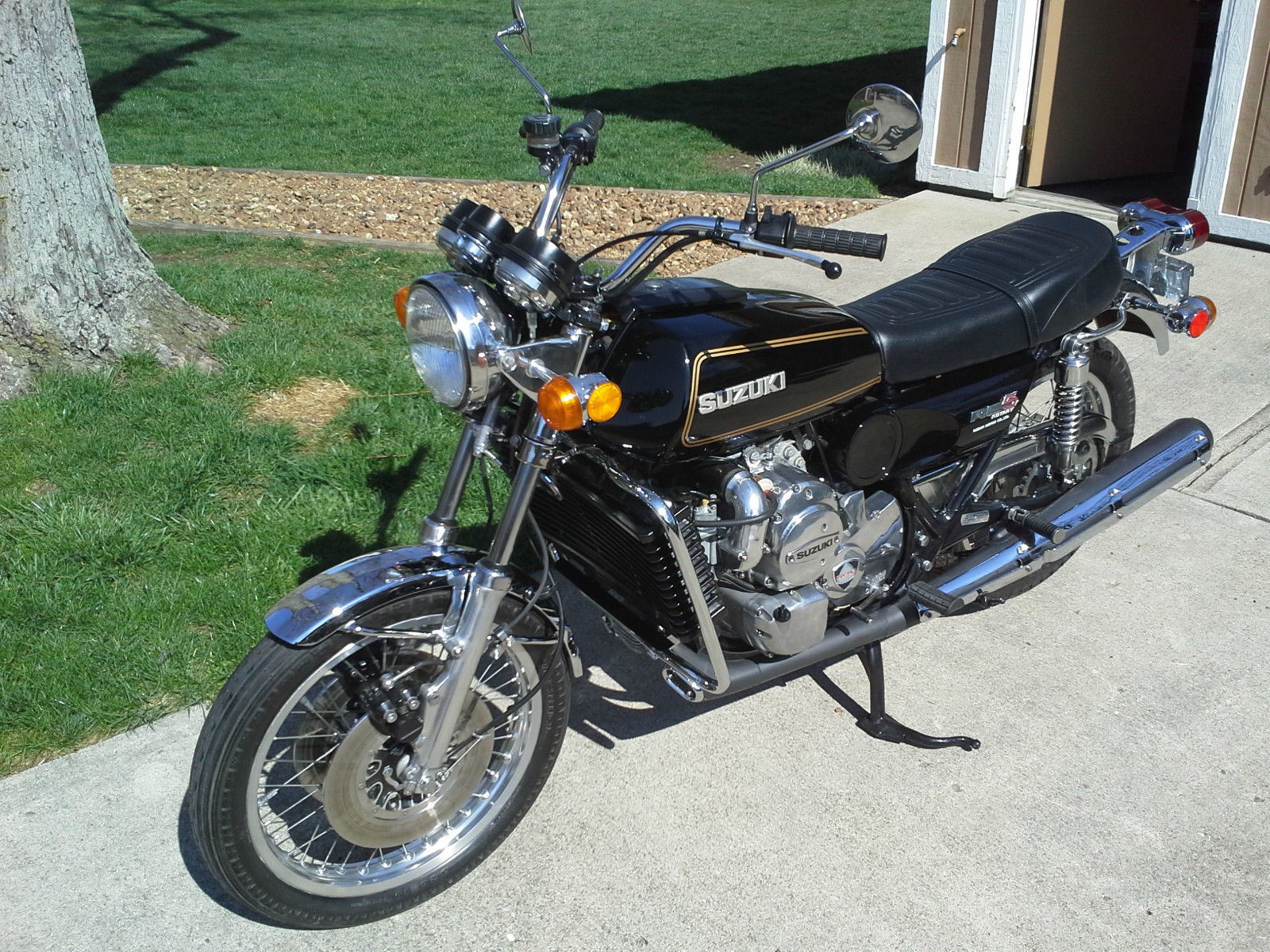 The Suzuki RE5 was introduced in 1974 (a few months after the Hercules) with a much more conventional approach to motorcycle building.  It didn’t have the aircooled longitudinal rocketship horse phallus slug low under the rider’s legs, and instead tucked the spinning single rotor transversely and packaged in a way that at first glance it could be mistaken for a V-twin. 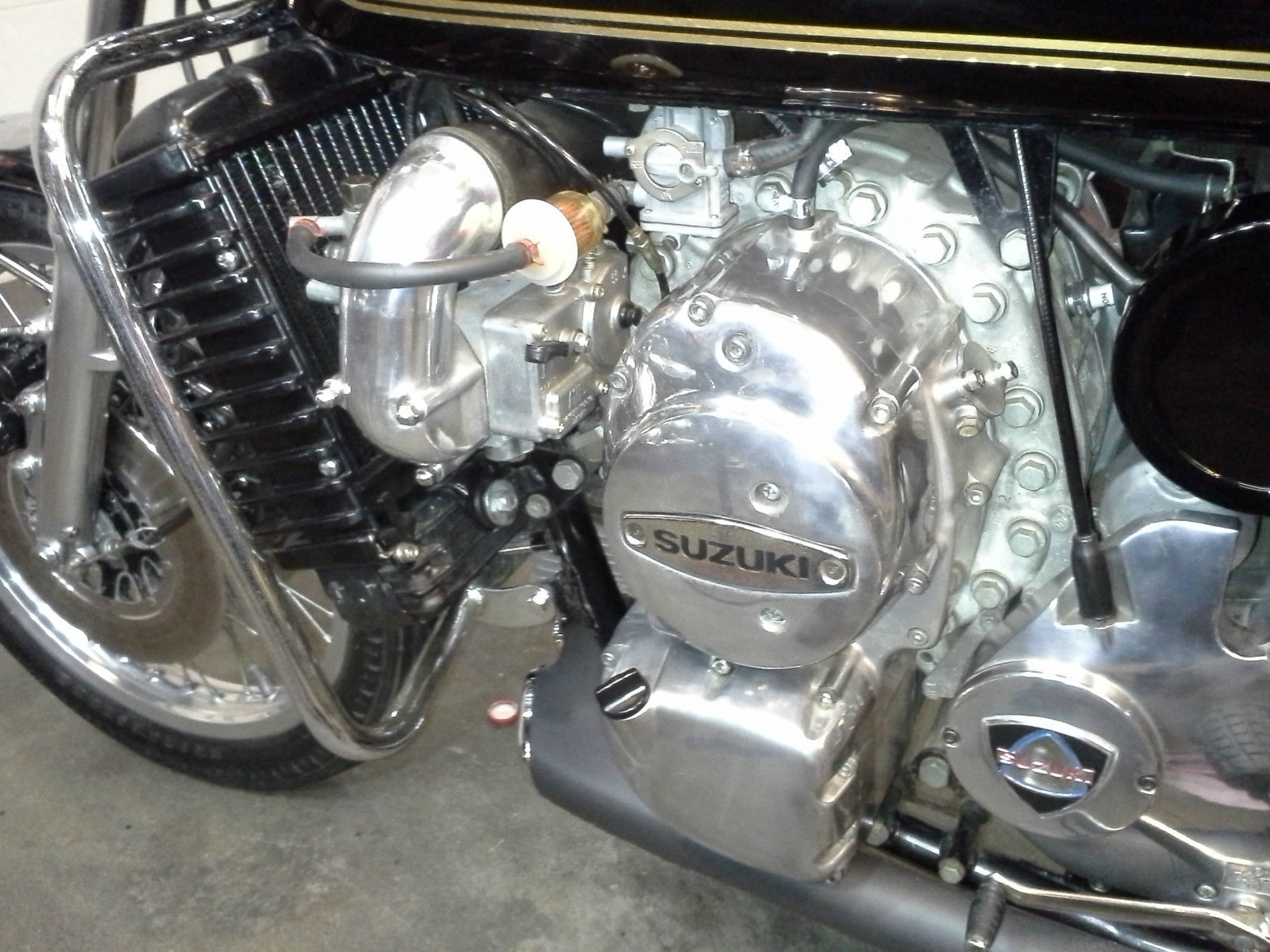 But V-twins don’t usually have the enormous radiator that was necessary to cool down the 497 cc single rotor when it pushed 62 horsepower and 54.9 ft-lbs of torque into the 5-speed transmission.  To supplment the rejected the waste heat from the 65 Mustang sized radiator, the RE5 had oil cooling, a double walled exhaust pipe that used forced air for cooling, and even cooling fins on the exhaust manifold — the guys at Suzuki were determined not to let the Wankel’s thirst for melting the polar ice caps stop them from selling a bunch.  Alas, Suzuki only sold about 2,000 RE-5s around the world in three years of production and the rest of the motorcycle world put their Wankel bike prototypes back into storage.

If you have a spare 10 minutes, you have to watch this vintage 70s two part video on the creation of the RE-5 — it is fantastic.  Find the second part here. 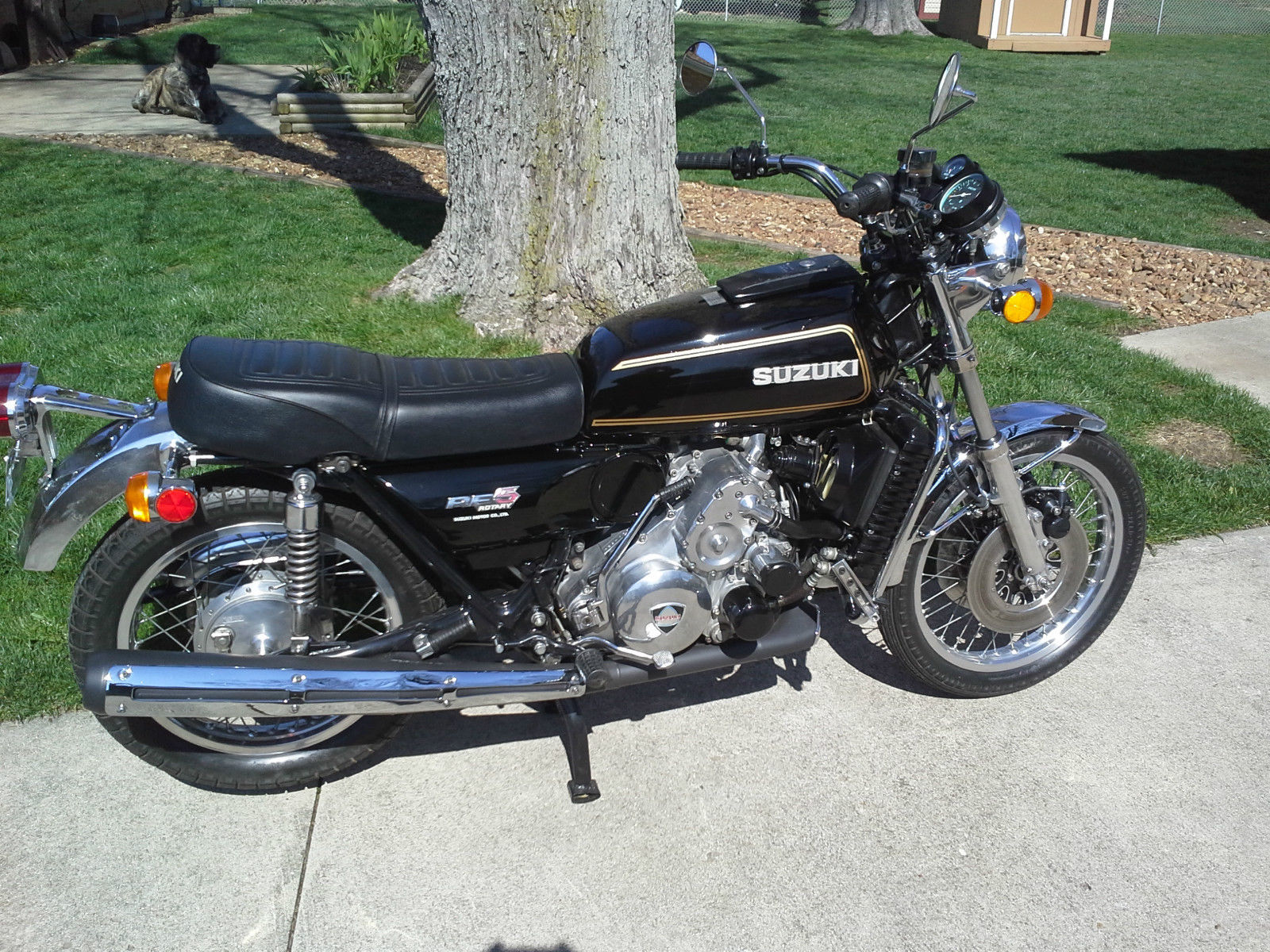