DT’s cub reporter Hunsbloger stumbled onto this next feature in the flesh at the 2012 Coronado Festival of Speed and you can read the original roadkill feature about the car here. The seller (Glenn) seems like a competent craftsman, a serious car nut, and a good guy — but don’t buy our word for it…buy his car and find out for yourself.  Find this 1960 Austin Healey Sprite V8 here on eBay bidding for $5,100 reserve-not-met with 4 days to go, located in Riverside, CA. 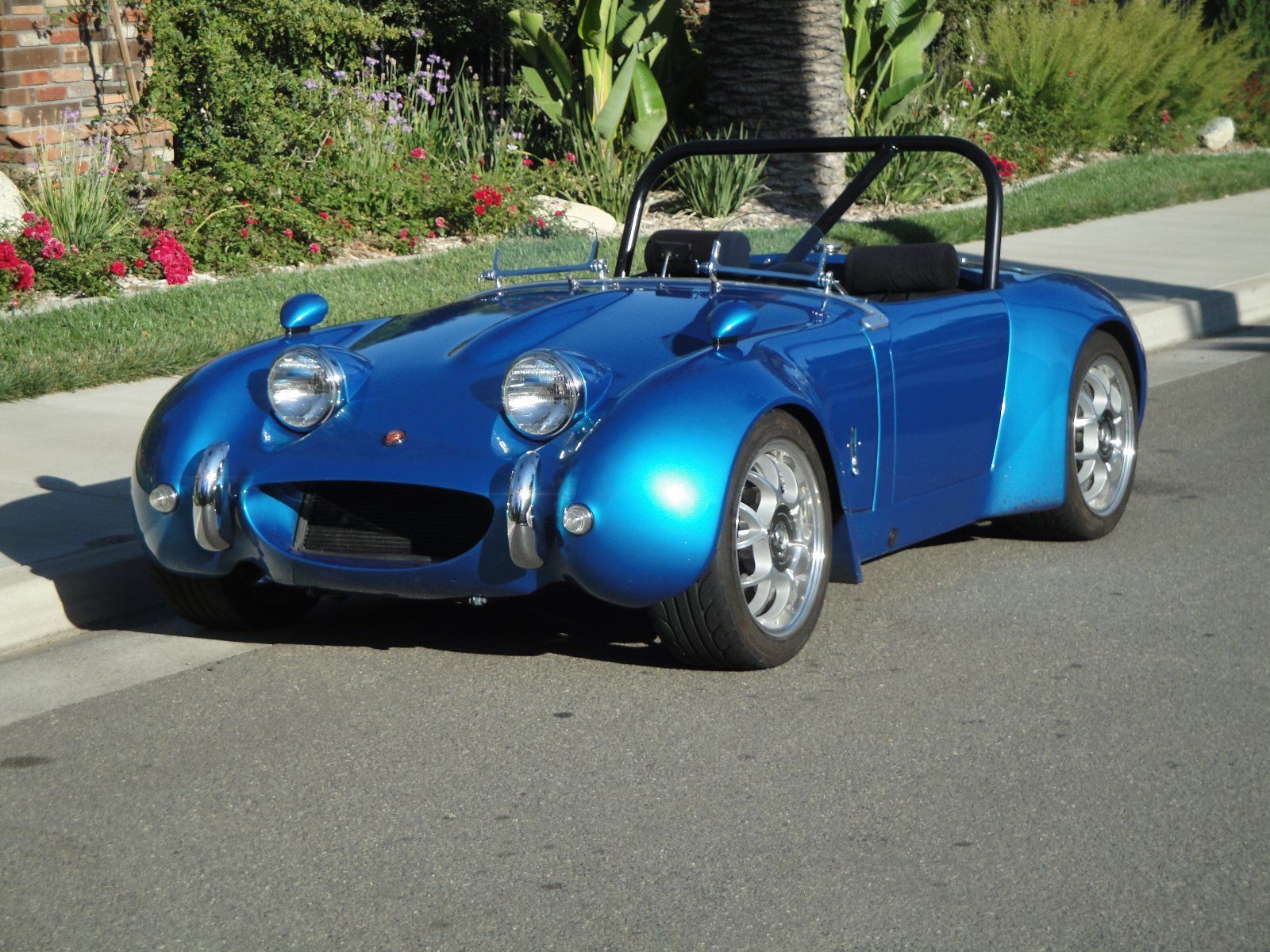 This self described “baby cobra” has an almost comical expression of surprise on its Bugeye face…but it won’t be as surprised as the other people driving around you. This car has been completely transformed from a simple 4-cylidner equipped midget to an adrenaline charged dwarf equipped with a double handed battle axe and a taste for vengeance. 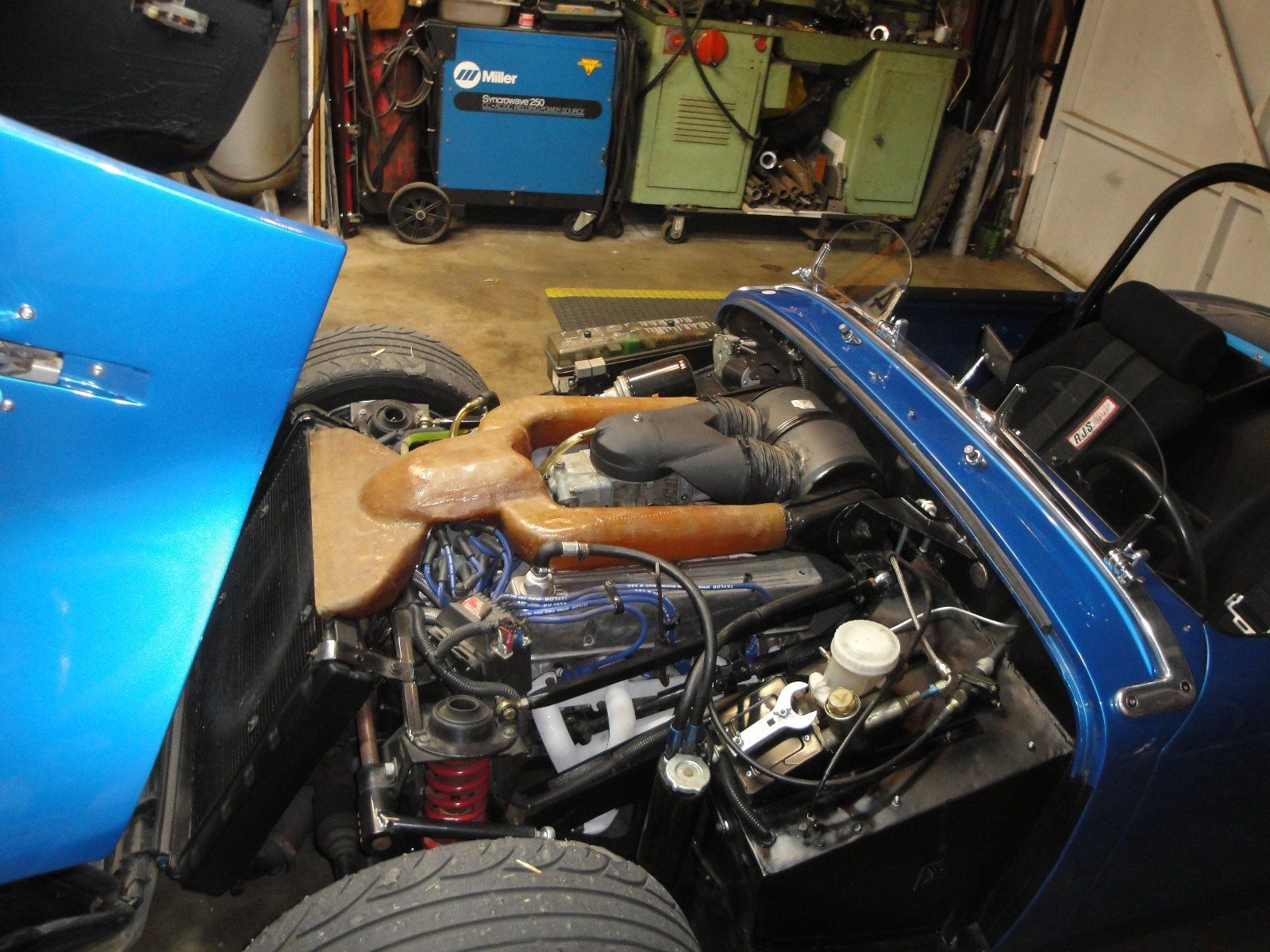 The stock 0.9 liter inline 4 has been replaced with a Rover 3.5 liter
V8 (originally based on a ’60s Buick design – and it’s all-aluminum!)
that has been massaged to make more horsepower and mated to a “World
Class” T5 manual transmission.  The seller claims his seat of the pants dyno puts the car around 200
horsepower, which with this combo and sunk into a 1500 lb Sprite chassis it
should be a fantastic driver!  I especially liked the custom built cold
air intake that brings air back into the stock airbox. 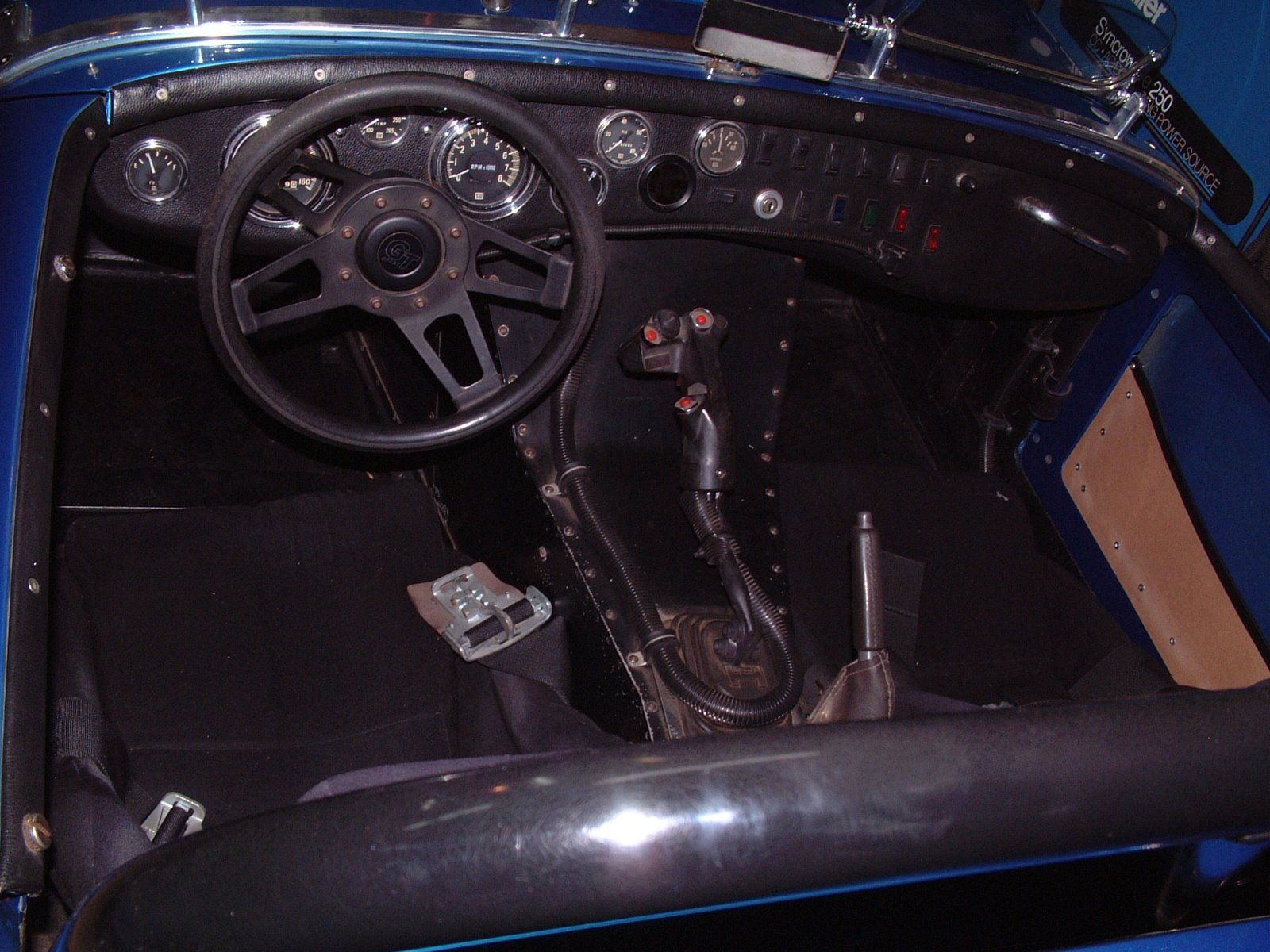 The interior is mostly old stogy English stuff with the exception of the fighter plane joystick that acts as your gear shifter.  The buttons are hooked up and can be wired into your choice of weapons system. 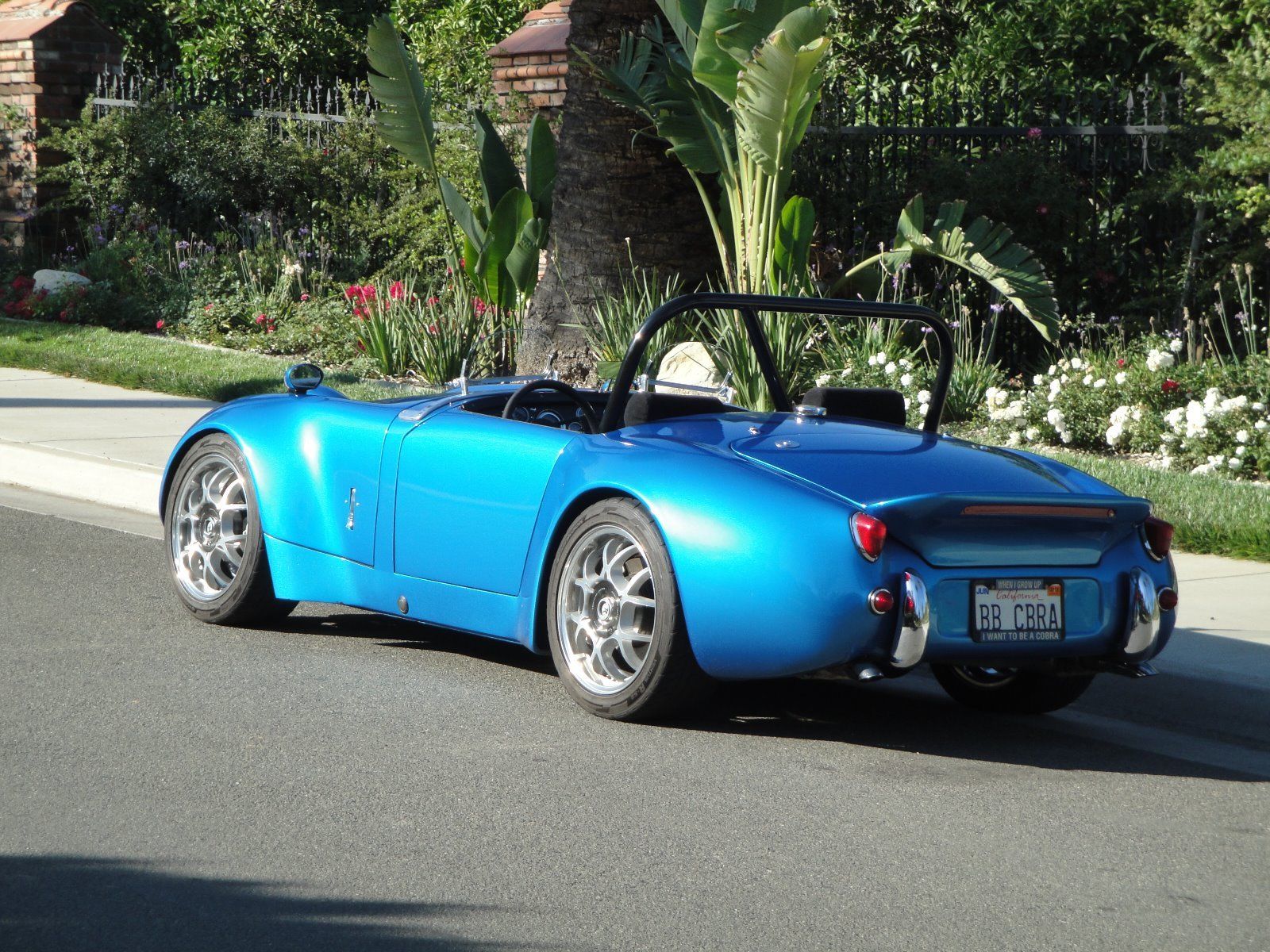 See a better way to humiliate your friends at the track? tips@dailyturismo.com