Getting old is a bitch and having too many needy Alfa Romeo’s can put a real damper on one’s golden years.  Today’s seller has a trio of Alfa’s that are all interdependent on one another to make one decent ride.  The 3.0 Milano Verde is the most valuable car of the of the bunch and would be the recipient of parts from a Milano Platinum and 164 engine donor.  Parts cars are always the most cost efficient way to restore cars on the cheap, but the issue here is transporting all of these cars home which will likely limits buyers to New England area only.  Find these three V6 Alfa Romeo’s for sale in Gorham, ME for $1,500 via craigslist. 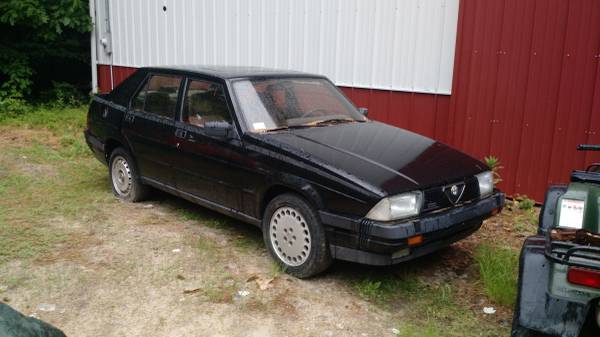 Details by the seller:

I am selling a package of 3 Alfas, one Milano Verde, one Milano Platinum and a 164 parts/engine donor car.

The Verde was my daily driver, a friend borrowed it for acouple months and never checked the oil. Great car, straight body with minimal rust.

The Platinum, I’ve had for 15 years, never got around to it. Good project, could be put on the road again without major work.

164 is just a parts car with good engine, to put in the Verde.  If someone buys right away and makes it easy, I’ll be generous with lots of free spare parts.  Glad to give advice on restoring the Milanos, been doing it for 30 years.Have to sell cars due to failing health. I have a large truckful pf Alfa V6 car parts to sell also, $1K for a serious truck load.

More pics of cars if someone shows serious interest.  I will only sell all 3 as a package, $1500, price is firm. The lsd tansaxle from the Platinum is worth $1K alone! 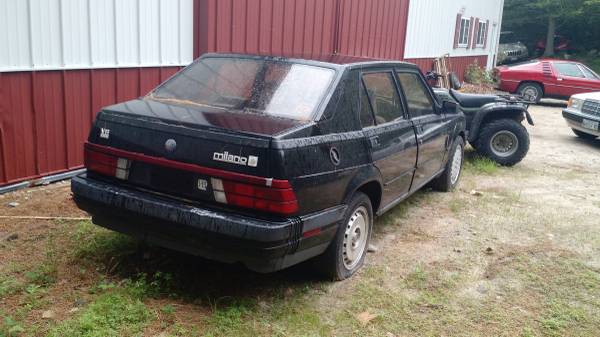 The pictures here are not the greatest, but there are some interesting rides in the background of two of them.  I am almost positive there is a red Alfa Montreal parked next to either a 190E or 300E Mercedes in the one picture above.  I believe the Milano Verde is the one shown on the trailer below, but the seller doesn’t mention anything about blown out rear glass in the listing.  He does dangle the carrot of a hoard of Alfa V6 parts IN ADDITION to the three cars jalopies just in case transport wasn’t challenging enough already. 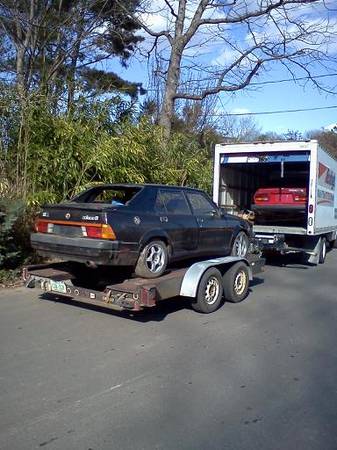