The Cony 360 was a micro car/truck/van built by the Aichi Machine Industry Co, which built aircraft carriers before and during the war.  Legend has it that Airchi was the recipient of German technology between the two World Wars because the Germans were limited in what they could design/produce and had to find an outlet for their engineering efforts. After the 2nd World War the company focused their efforts on automotive endeavors like this next thing.  Find this 1970 Cony 360 Wide Pickup offered for $7,500 in Mentor, OH via craigslist. Tip from Rock On! 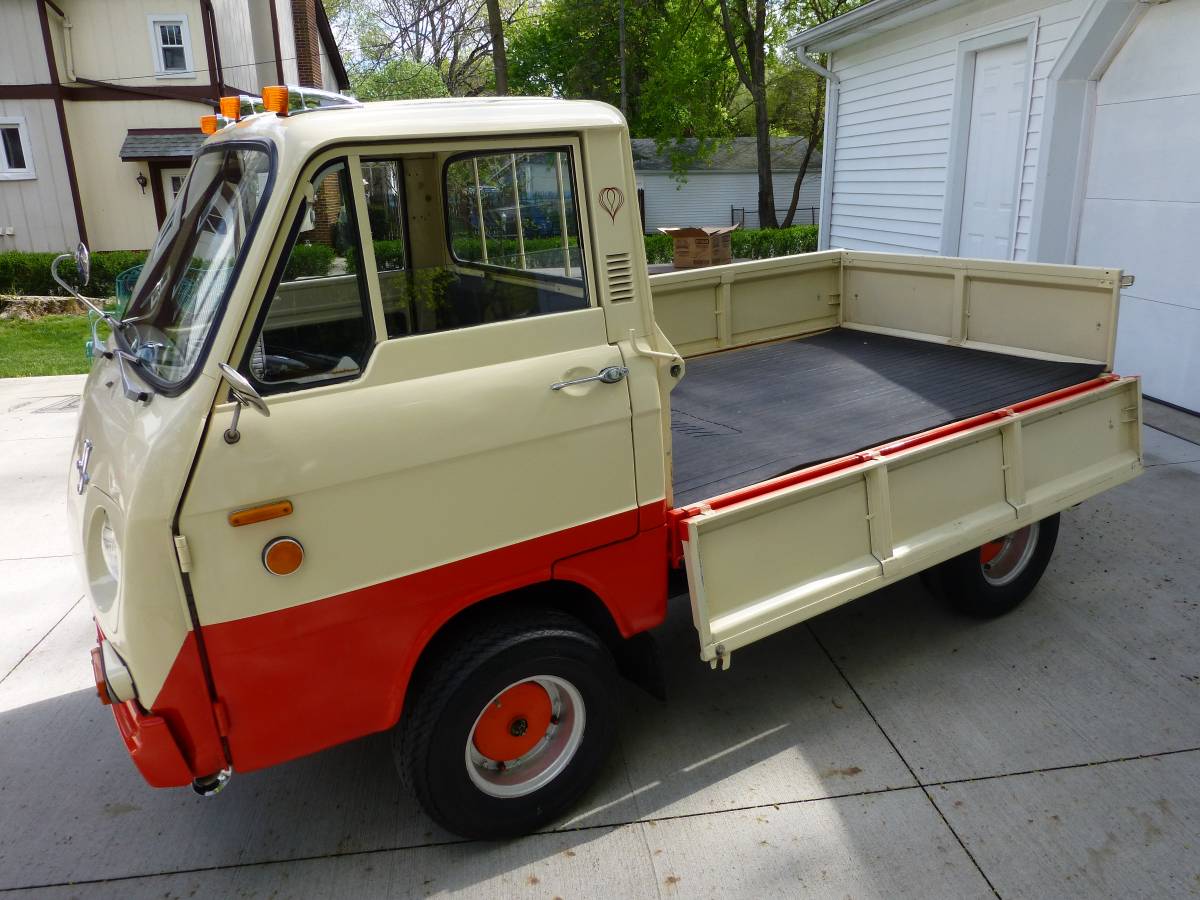 The little drop sided pickup looks like the results of mating a Subaru Sambar to a Volkswagen Transporter.  You might have a hard time reaching freeway speeds, but the JDM street cred is unmistakable, even with a left hand drive version like this one. 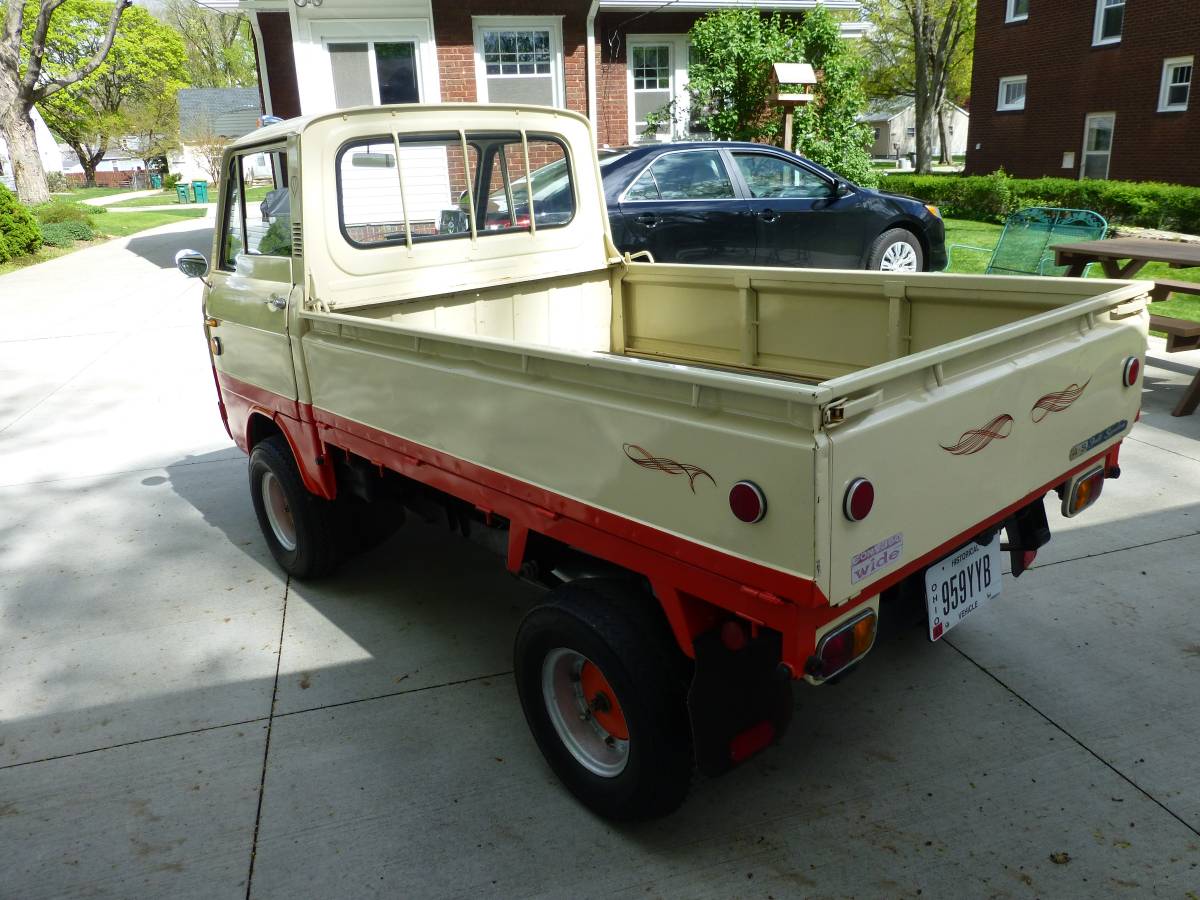 The engine is mounted somewhere between the two sets of axles and pushes out 18.5 horsepower from 360ccs of displacement. 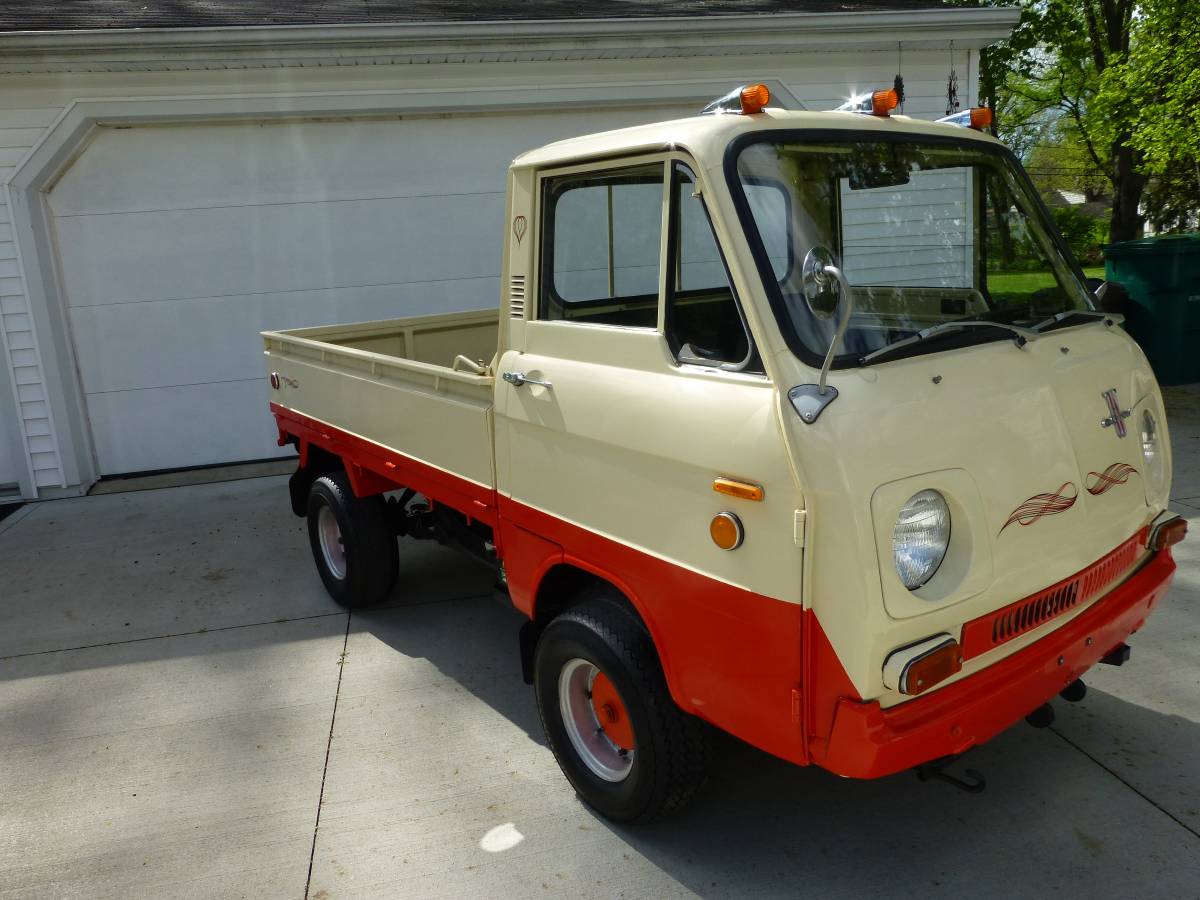 Rare Ragtop: 1959 Nash Metropolitan Convertible What Am I? Greasy Side Down