by Brian — The
Fiat X 1/9 was the first affordable mid-engine sports car for the
masses. It has all of the looks of a Ferrari or a Lamborghini but at a
much cheaper price, and with a removable top. The X 1/9 was produced
from 1972-1989, but we did not see the X until 1974. The first X’s are
highly desirable, and arguably look the best of all of the US market
cars. This 1974 model looks to be a solid low mileage car that needs a
little TLC. This 1974 Fiat X1/9 Bertone is available in Oroville, Oregon on Portland
Craigslist for a mere $3000. 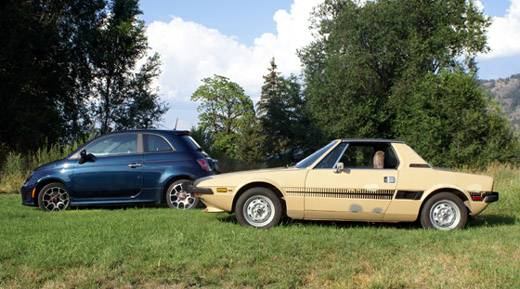 The
X 1/9 is a car that exudes so much character you cannot help but smile
when you drive one. This X is a 1974 model, so it sports some one year
only items. The biggest thing, or should I say smallest is the 1974
“Euro style” bumpers. These were only available in 1974 in America.
These bumpers are highly desirable and really make the car. In 1975 and
upward the bumpers got bigger and gawkier taking away some of the car’s
charm. Also this car has the interesting 1970s iconic stripes in the
body line. This tan color is pleasing to the eyes, and the car looks to
be a nice original survivor. The rockers, rear wheel arches, and lower
rear wheel arches appear to be in amazing shape for an X 1/9. All of the
factory hardware looks correct, and in the correct placement. A paint
job and some TLC would really put this car in the collector car
territory. 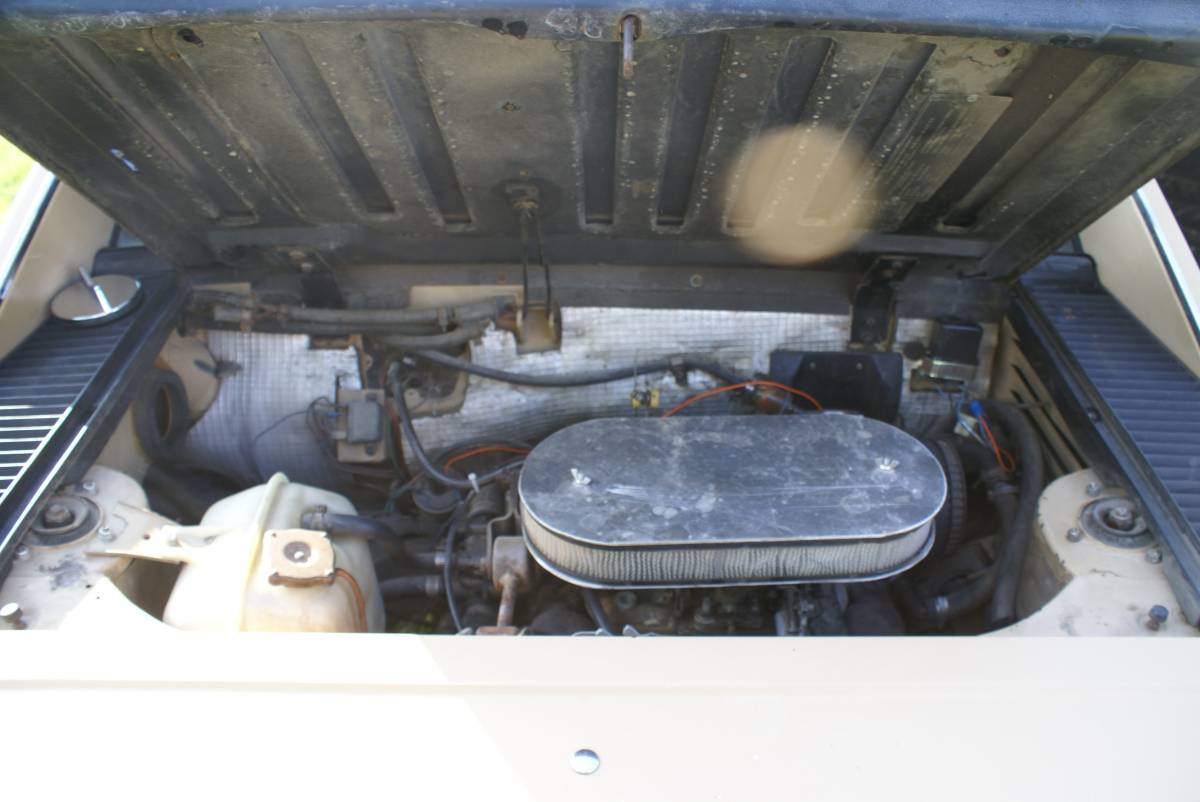 The
drivetrain and engine look clean and appears stock aside from the newer
air cleaner. This X being a 1974 model means that it is equipped with a
1300cc engine and a 4 speed gear box. The little 1300 is eager to
please and propels the car quickly enough to push through the curvy
roads of your choice. The 4 speed cars have a more positive feeling
shifter than the 5 speed cars. You will not be winning any races with
this car, but it will be a tremendous joy to drive on open roads with
the roof off and the engine humming its tune. 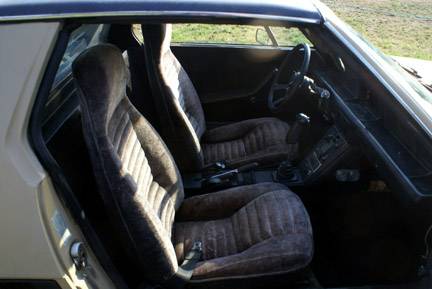 The
X’s cockpit is delightful to say the least. The interior is claimed to be in good condition with mention of the interior being reupholstered, but it looks muddy and strange in the photos.
The 1974 cockpit is a pleasure to be in and to operate. The earlier
center console and instrument cluster lend to the cars 1970s roots. Even
the speaker covers in the doors seem to sing a groovy 70’s tune. 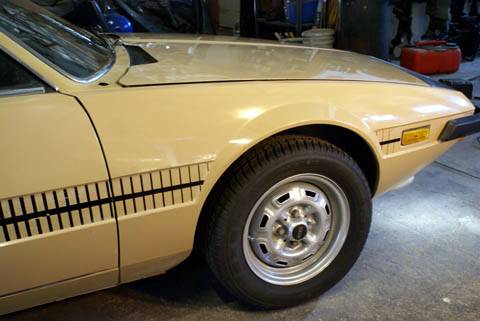 This
1974 Fiat X 1/9 could easily become a show car and a collector car with
some paint and other general TLC. The low mileage, originality, and
upkeep of this X make it seem as if this is a bargain price. The 1974
Euro style bumpers are beyond scarce now and the prices have gone
through the roof. Finding an X 1/9 in any condition that is running and
isn’t eaten up with rust is just about an impossible task. Don’t miss
out on this excellent opportunity! 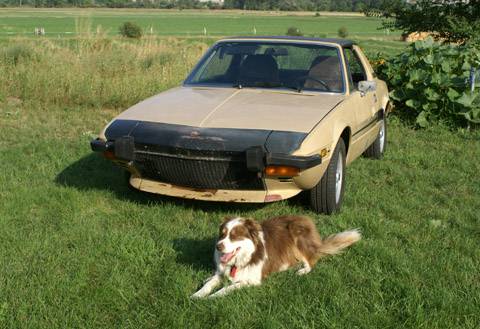