The second generation Gemini was a GM backed and Isuzu built subcompact that was “sort of” styled by Giorgetto Giugiaro.  The front engine front drive setup of the 2nd generation might mean that it lacks the drift potential of the rear-drive first generation, but this one makes up for that deficiency with a spattering of badges that claim things like “LS”, “Handling by Lotus”, “Turbo,” and “1.5T”.  Find this 1989 Isuzu I-Mark Turbo LS offered for $3,2000 in Brooklyn, NY via craigslist.  Tip from FuelTruck. 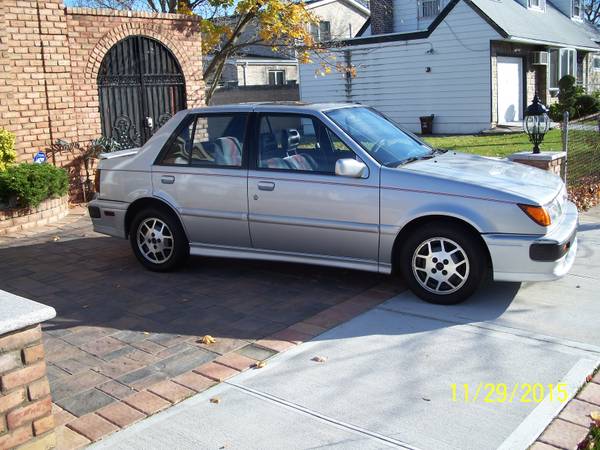 It’s debatable if the Isuzu I-Mark is a “SUPER RARE CAR” or “TURBO ROCKET” as claimed in the ALLCAPS SCREAM OF CONSCIOUSNESS LISTING by the seller.  It includes gems like “THE 1.5LITRE ENGINES GROWLS WHEN THE TURBO KICKS IN,THE 5SPEED TRANSMISSION IS ON THE MONEY” and a photo of a lady in teal Crocs holding a hat in front of her face. 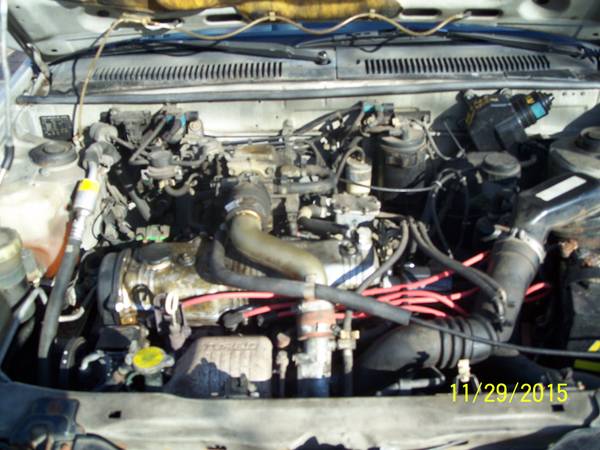 Powering the I-Mark is a turbocharged 1.5 liter 4XC1 single-overhead-cam (non intercooled) 4-banger that produces 110 horsepower and 120 ft-lbs of torque.  Thankfully, the Isuzu uses some seriously thin gauge steel and hits the scales at 2154 lbs soaking wet. The interior is what you’d expect for an economy car built in Japan under the watchful eyes of bean counters from Detroit.  Oddly enough, the hard plastics and cloth interior have survived the years of age without significant wear ‘n’ tear.