by Brian — Back in the early to mid 1980’s many Japanese car brands were on the rise in quality and performance, leaving behind their humble beginnings. This CRX represents early beginnings in the rise of the imports. This European CRX is of the Left hand drive variety, with many key details that we in America all crave. The exterior and interior of this CRX present well with a clean, and tidy appearance. The seller has pointed out that this CRX is unmodified and retains its original engine and transmission. The only low spot is the minor rust issue with the sunroof panel, which is a fairly common issue with these cars. Find this 1986 Honda CRX currently offered for $3,300 USD here on eBay in Savannah Ga. 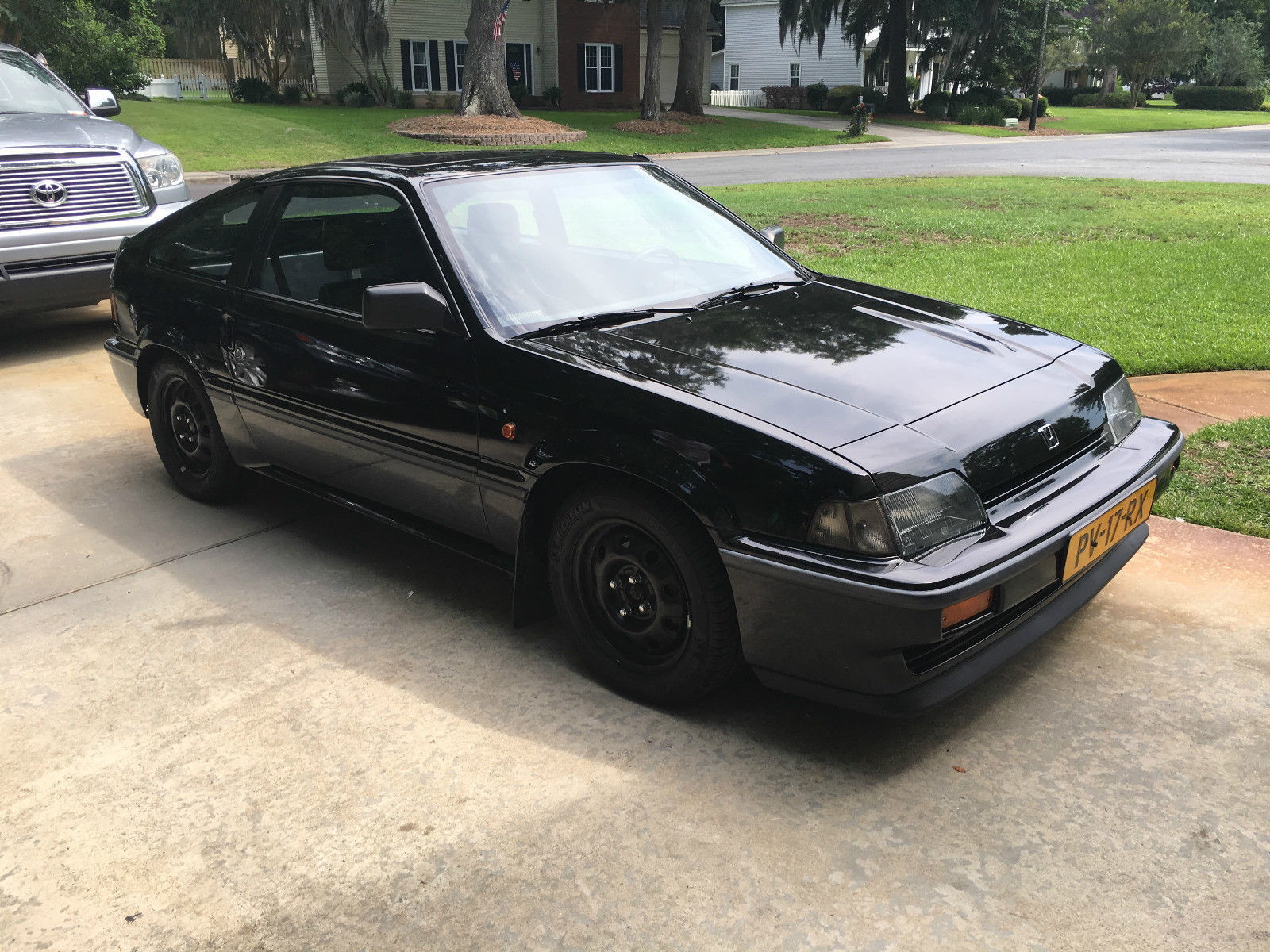 Although there is some rust in the sunroof, most of the paint and exterior body shows beautifully. The front fenders, side skirts, and lower door caps are a plastic composite that tend to crack over time due to exposure to sunlight. This car appears crack free and the mileage is low for its age. CRX Enthusiasts will clearly see this Crx has all of the grand European exterior details we never saw stateside. The wonderful DOHC bump hood, Black housing headlights, the smoked corner lenses, large amber tail lights and the quirky hub caps. But the most important feature that revs our desires is the factory fitted 1 st generation DOHC ZC engine. 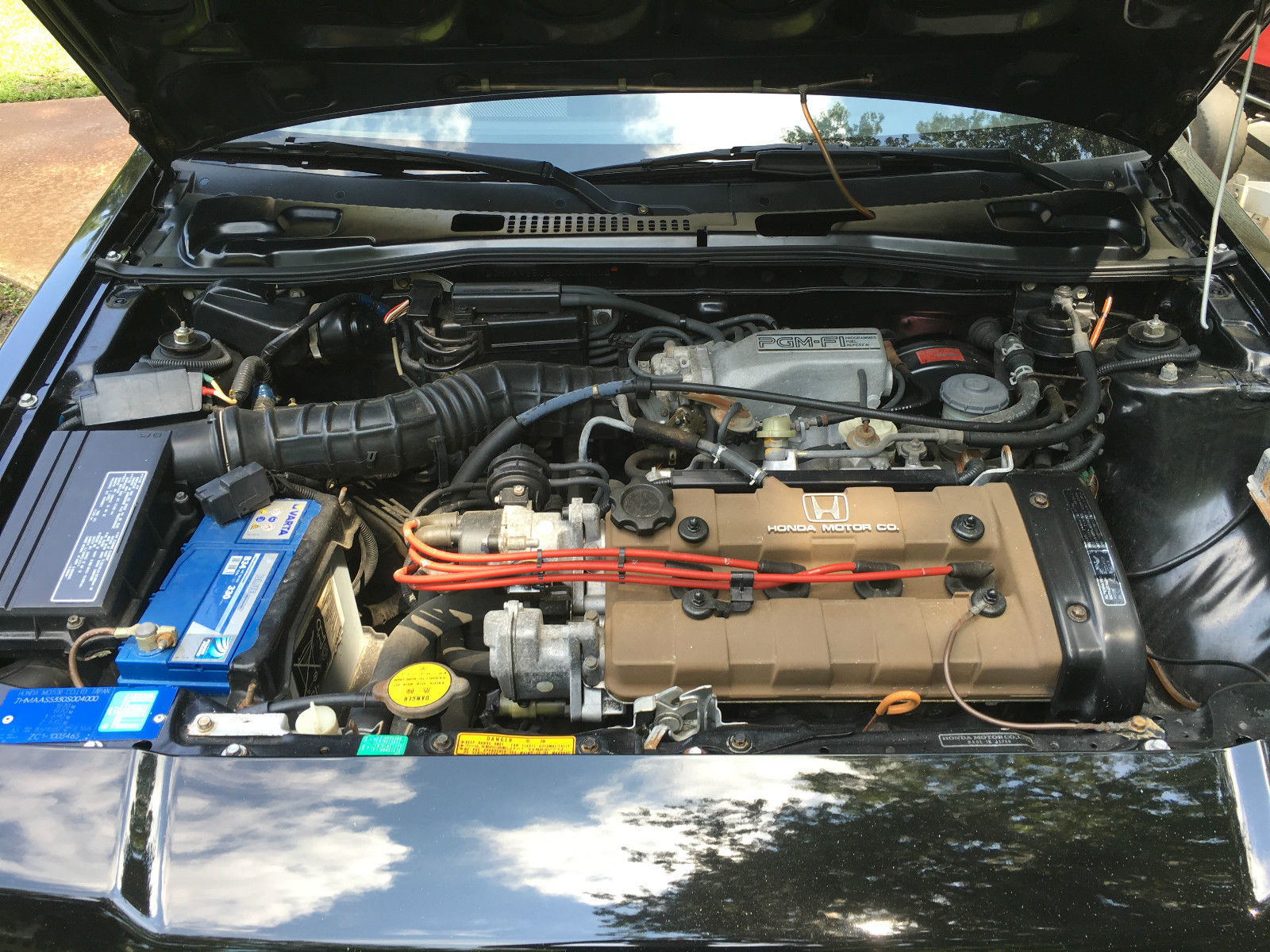 The ZC engine is truly the star of the show when it comes to this rare CRX. The 1.6l engine generates around 135 hp. This 135 hp in 1986 was in the realm of Japanese street fighter territory. Perhaps not the fastest car available in 1986, but this is a great handling package that offers many smiles to the gallon. Imagine 135 hp in a car that weighs less than 1900 lbs. This cult classic was advertised in the 1980s as having a faster 0-60 time than that of a Porsche 944 and that was something to brag about in the 80’s, make no mistake. 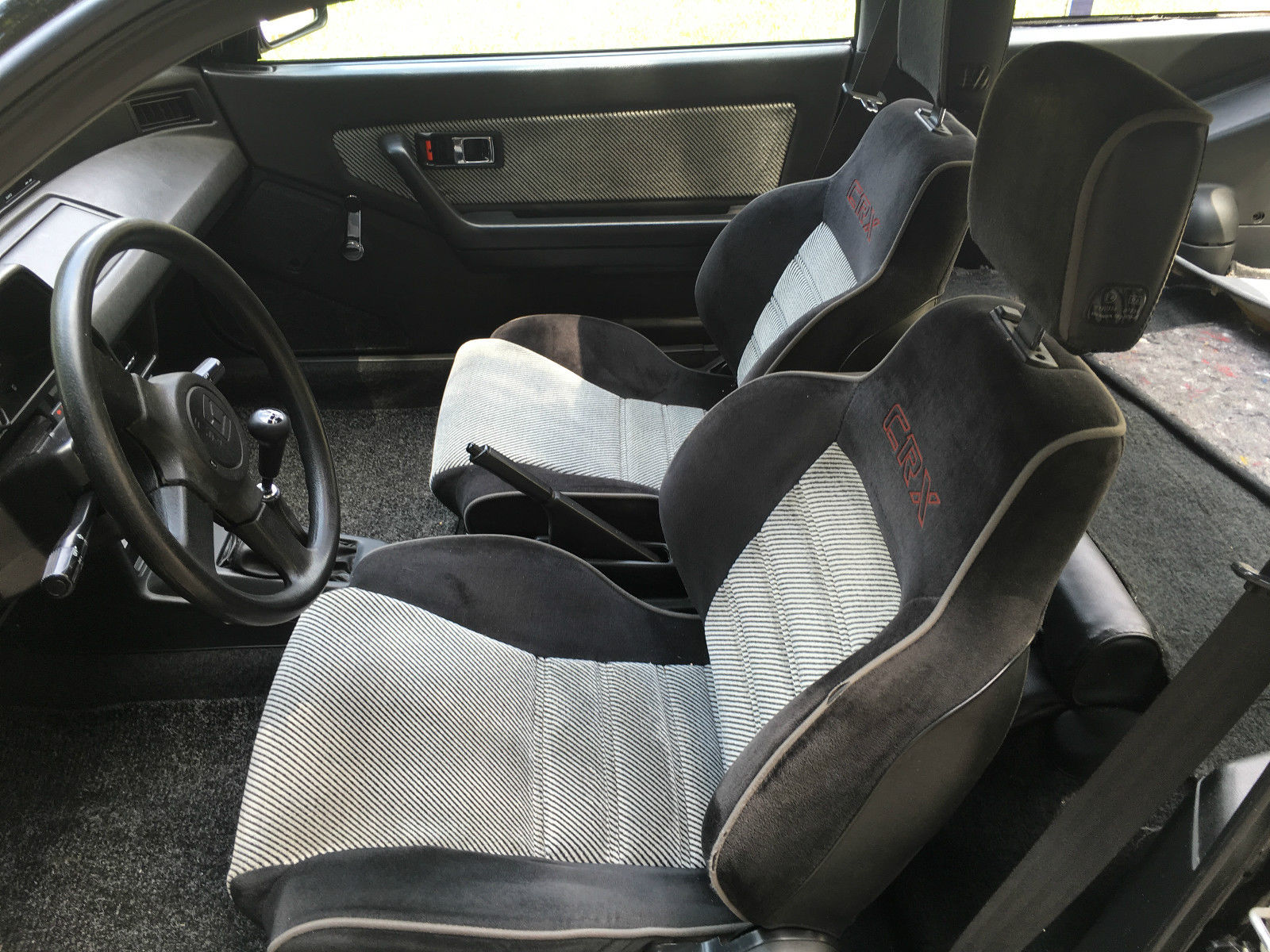 1st generation CRXs are known for having a rather simple and “to the point” interior. But there are some details that make this interior quite special as well…(is that a back seat?) The “CRX” labeled seats look to be near perfect, and do not show any signs of fading. The “CRX” labeled steering wheel, and the gauge cluster with the 7000 RPM redline remind you that you aren’t in Kansas anymore. The dash and door panels appear clean and un-cracked. It would be nice to see more of the original carpet, to get a better idea of its condition. 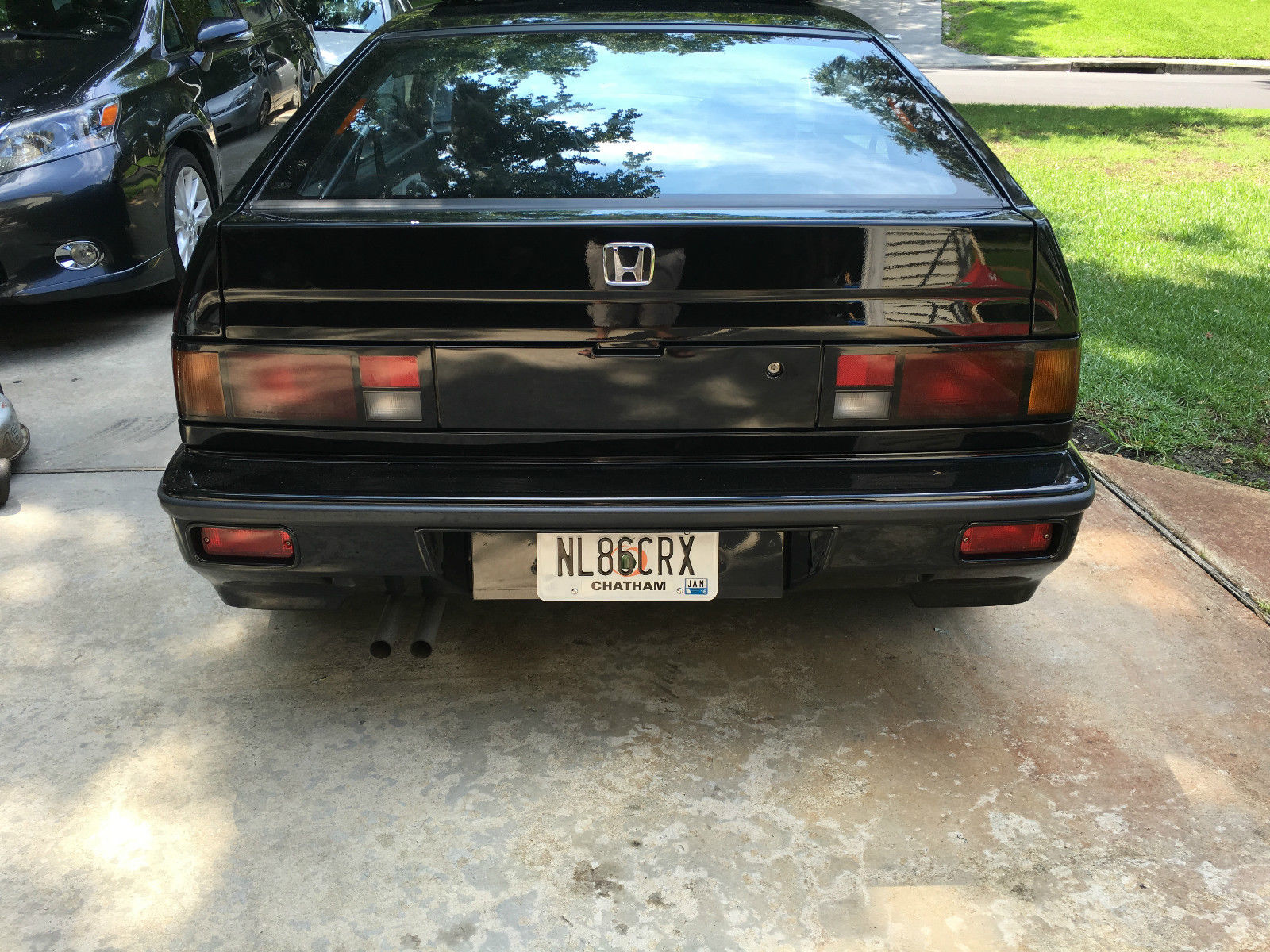 The CRX market has grown quite a bit in the past 10 years and it has become difficult to find a 1st generation car in this unmolested condition, much less a European variant with the rear seat. The sun roof panel could be removed, repaired and painted without having to fiddle with any other exterior paint on the car. Aside from the roof panel this CRX is ready to put a grin on your face.  See another way to stick 2 extra people in your CRX? tips@dailyturismo.com