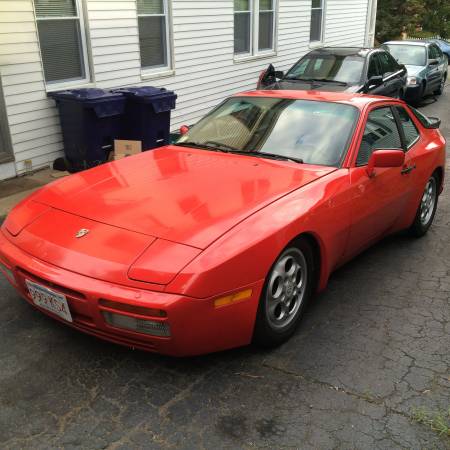 The 944 design was a product of Harm Lagaay (who was also the designer of the 924) and it is a design that has aged well. The massive muscular fender flares look just as good today as they did when new, and the phone dial wheels look great on this one. The Porsche 944 Turbo was powered by a 2.5 liter version of the basic
944 engine that has been turbocharged and intercooled to produce 217
horsepower and 243 ft-lbs of torque.  The Turbo also added a revised
front fascia, bigger brakes all around, stiffer suspension and a
strengthened manual transaxle gearbox. 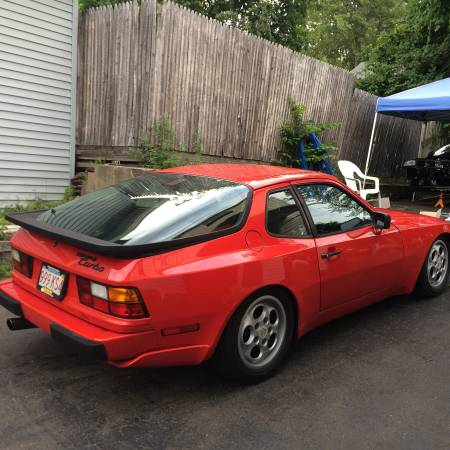