In 1983, a former racer (and SoCal car guy) named Steve Saleen launched his own aftermarket tuning company that was in many ways a repeat of what that Texas chicken farmer did with Fords in the 1960s.  Saleen Performance rapidly
became a small automotive OEM (similar to Shelby Automotive) and as such released cars that while based
on (and using parts from) Ford’s Mustang, they were technically, according to the Dept of Transportation, their own make.  Find this 1987 Saleen Mustang offered for $16,500 located in Los Angeles, CA via craigslist.  Tip from Kaibeezy. 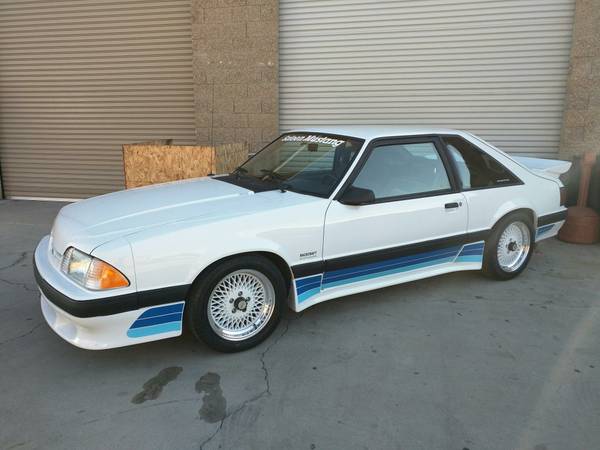 Saleen sold 280 Mustangs in 1987, but some were created after the fact via sales of dealer (or direct) custom parts.  Slap on a few stickers, a body kit, custom gauges, wider wheels, 5 lug spindles, large SVO disc brakes…actually the list of parts necessary to create a real Saleen is large…and this is indeed a real Saleen — #92. 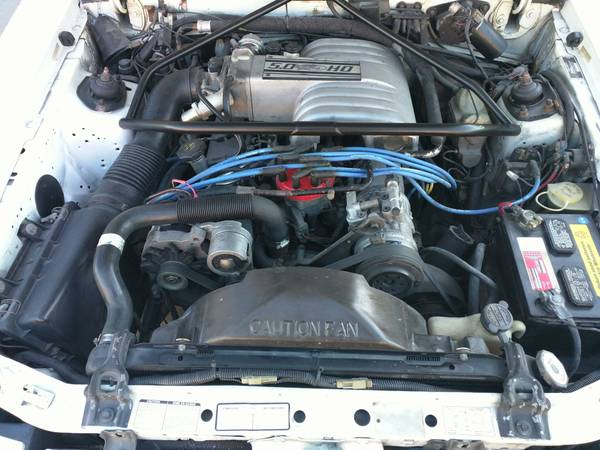 Under the hood is an original looking Ford 5.0 V8, a 302 cubic inch classic pushrod beast that puts out 225 horsepower and 300 ft-lbs of torque…which is the same as any ’87 5.0 Mustang.  Some cars were equipped with an optional supercharger that upped the fun level. 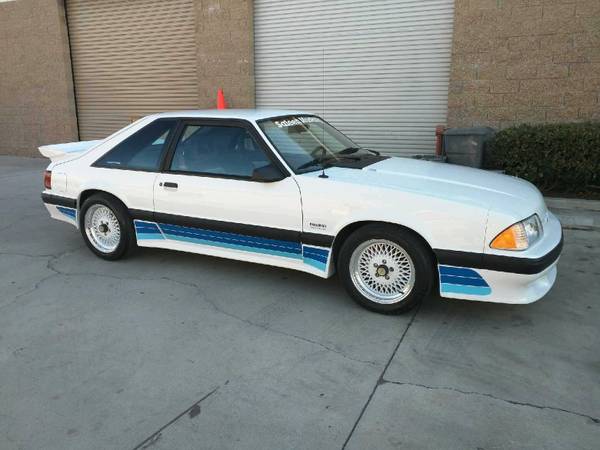