It is always Thorsday here at DT, but today is also All Saints Day, so you might expect the next car to be a Volvo P1800…but SURPRISE, it isn’t.  It is, however, powered by a later model turbo engine and in serious need of a coat of paint that doesn’t look like a used piece of chewing gum and a set of shoes with an appropriate offset. Find this 1975 Saab 99 here on eBay bidding for $2499 CAD ($1910 USD) with 4 days to go, located in North York, Ontario, Canada. Tip from Bill. 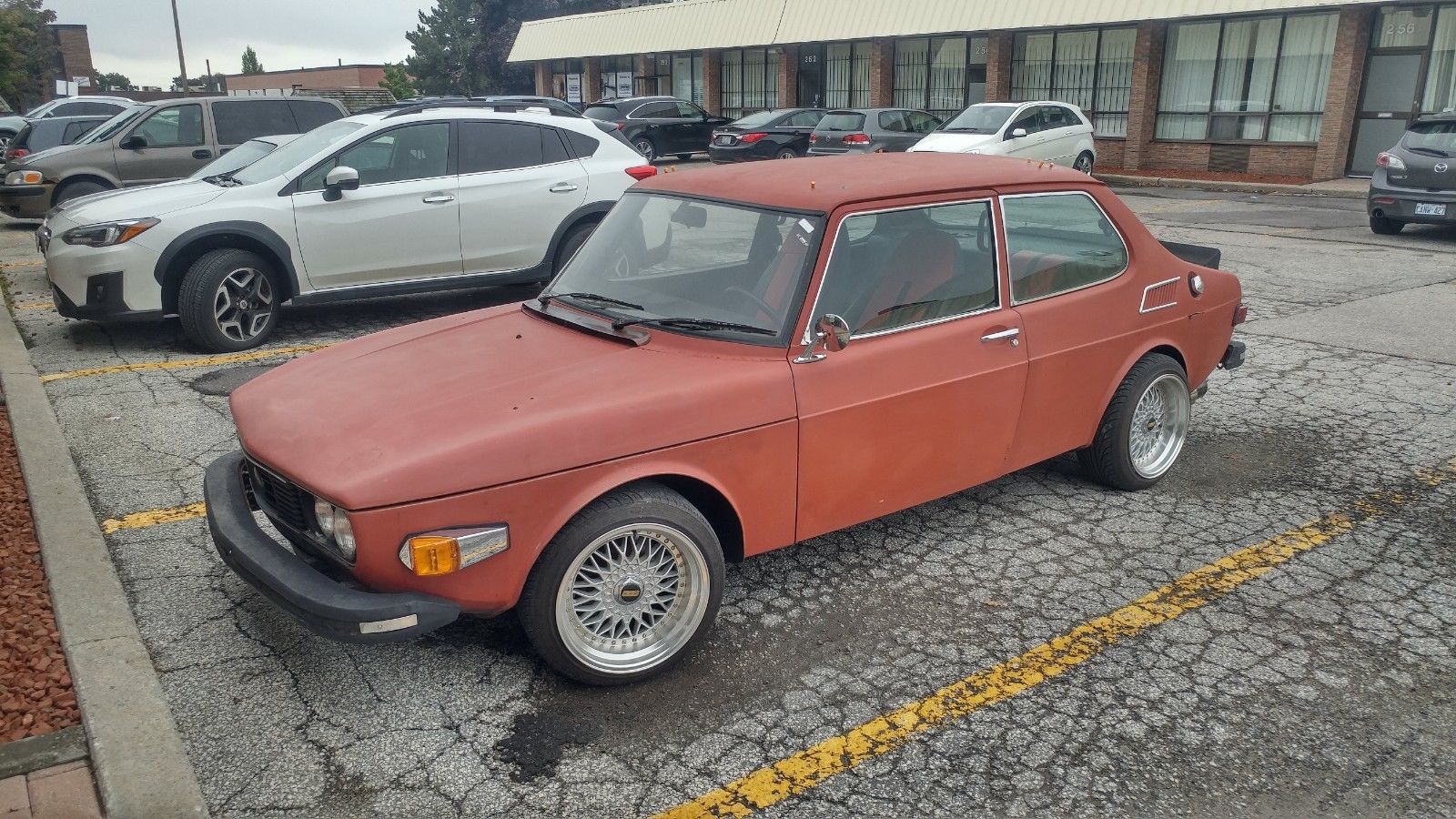 I’m selling my ’75 Saab 99, just as described in the title. This car underwent an engine transplant, courtesy of the previous owner. The engine is out of an ’87 Saab 900 turbo. The body is very solid overall, but does have a few rust spots/areas that will need attention. There’s also a rust spot on the inside of the passenger rear wheel well (accessible through the trunk, will post picture later), that will require repair. The other rust spot is by the fuel cap, where it seems that a previous layer of bondo has started to detach, so water can sneak in between the body and bondo. The body was partially repaired by the previous owner, who also painted it in the primer red/brown you see here. He also drilled holes in the roof to mount a roof rack from a Nissan Xterra, so you’ll notice ear plugs I’ve stuck in the holes to prevent water from leaking in. He also drilled a few holes in the hood to mount a tach, and possibly some other accessories. The driver door has slight rust as well, so the rubber door seal is detaching at the bottom where the mounting holes have rusted.

The interior was gutted and redone as well, with what appears to be new seat covers, and carpeting for the dash and door cards. The gauges and radio work, as does everything else other than the heater since I had to disconnect the coolant hoses. I’m not sure if the clock works, though. The headliner is also missing and will need replacement. 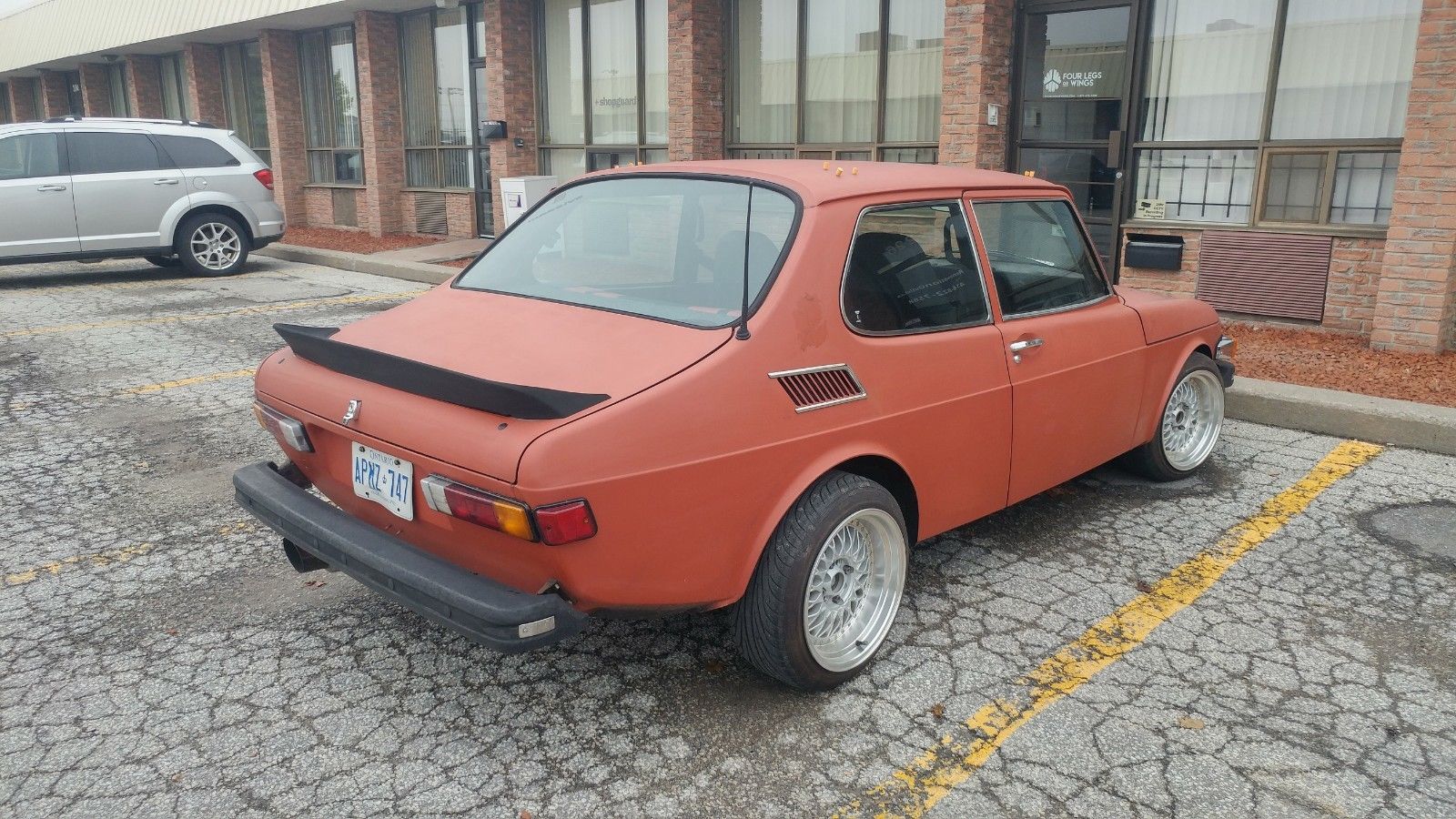 The car was done up rat rod style, and you definitely won’t see another one like it. The car was safetied when I bought it, but will need some work to re-safety. The wheels apparently stick out a bit too much, but fender flares could resolve that issue. The wheels appear to be repro BBS, with stretched tires. Two of the wheel center caps are missing. The previous owner also attached truck cab lights in lieu of the original front side markers.

The heater control valve will need to be replaced or repaired as it leaks a bit of coolant. It has been capped off for now to prevent a leak. If you don’t care about heating the car, then that won’t really affect it. The passenger side windshield wiper stopped working (driver still works), will need repair as well. It might simply have become disconnected, so perhaps an easy fix?

The engine runs well, although the exhaust is a bit smelly. The battery has died as I had it in storage for about a year and wasn’t driving it. The fuel pump died on my drive home when I bought it, but that has been replaced with a functional used unit. I blew a few fuses as a result of the fuel pump issues, so a few new fuses will be needed.

The odometer shows about 80,000 miles, but I’m not sure how many miles are on the engine. I have a used vehicle information package from the donor Saab 900, stating there were 160,000 km’s on it at last reading (100,000 miles). The 5 speed transmission is also out of the donor Saab.

You can see a few videos of the cars on YouTube:

Also a video from the previous owner: https://www.youtube.com/watch?v=nCkn5YE51oY&t=61s

I have two other vintage vehicles, so it’s time for this one to go. It’s a good runner, but like most 40+ year old cars, it will need some work. I’m sure there will be more questions regarding other aspects of the car, so please ask away, I’ll do my best to answer.

The car is located in Toronto Canada, so the buyer will need to arrange to transport/ship the car to their address. I’ve used Uship before with good results. I require a $200 deposit via Paypal, and the balance will be expected as a bank draft, money order or other form of payment that can be cleared right away. 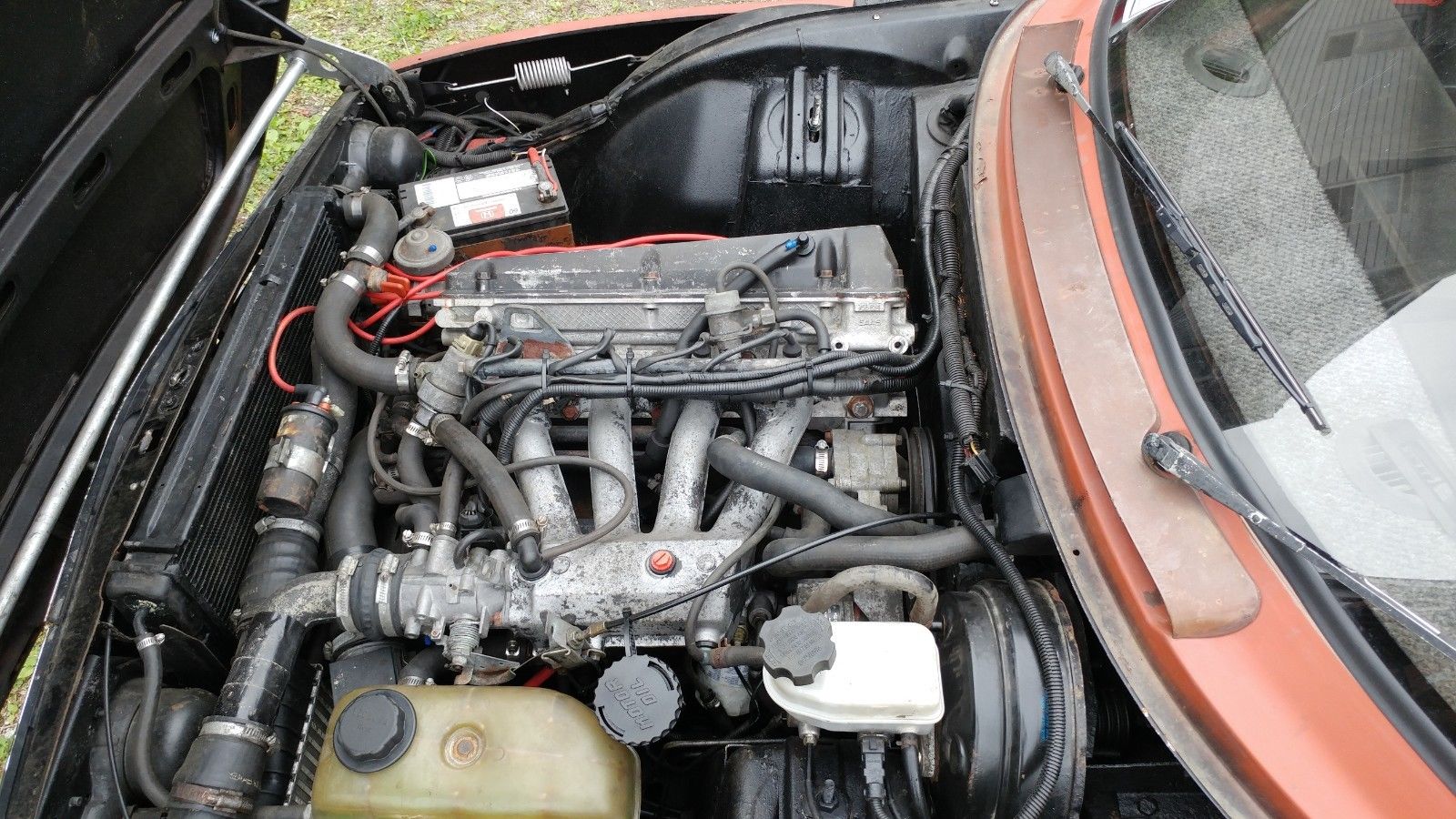