The Jan Wilsgaard designed Volvo 200 series was a boxy sedan sold starting in the 1975 model year for the US market.  This makes the pre-smog test required 1975 model year the most desirable for a Californian, not just because you can shoehorn a Pratt and Whitney turbofan under the hood, but also to avoid the nuisance associated with bi-annual emissions check. Of course, you’ll find the loose nuts behind the wheels at DT will lean toward the swapped examples, so find this 1975 Volvo 242 with Chevy 350 V8 and 6-speed manual offered for $5,700 in Topeka, KS via craigslist.  Tip from FuelTruck. 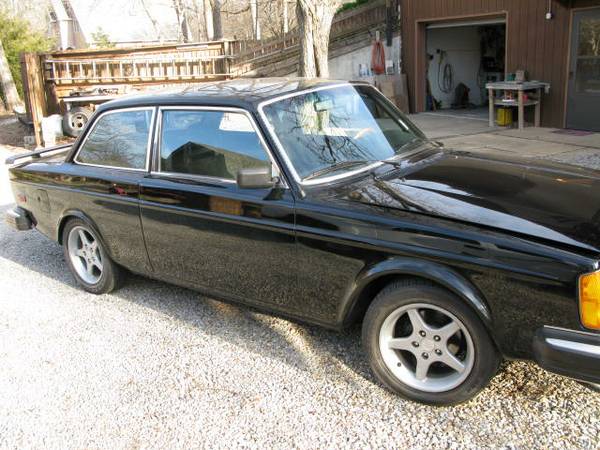 This isn’t the minty clean, all original survivor you might expect from a ’75 242, in fact it wears a set of the rare early European (E-code) 240 H4 headlights known as TV screens, and an ugly set of LED taillights that remind me of something you’d see on a Fiero based Dino kit car.  It could really use new lights front/rear and a set of Euro bumpers, but the wheels are acceptable if  you don’t have the time/tools to machine your own custom 2-piecers. 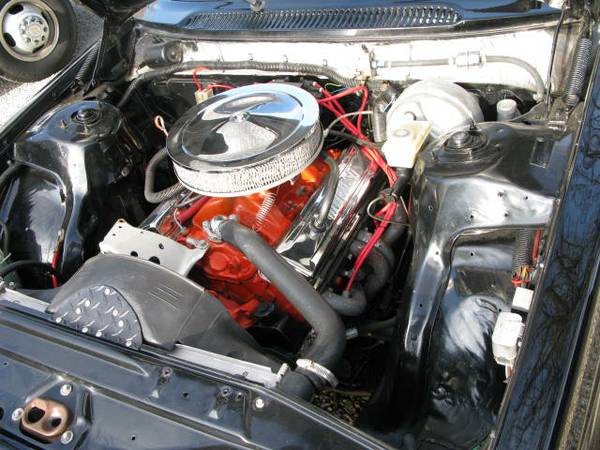 Power under the hood comes from a 4-bolt main 350 cubic inch Chevrolet V8 — standard stuff in 9 out of 10 of the engine swaps you’ll see around the web.  Instead of the boring TH350 you normally see, this one is shifted with a Tremec 6-speed — a beefy gearbox with a big following. 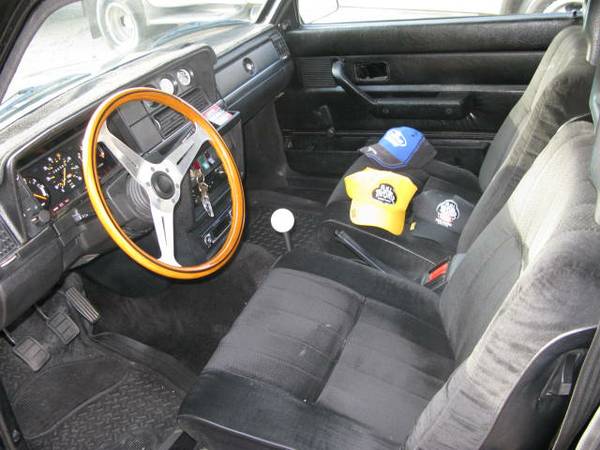 The interior has some strange looking sofa seats (which appear to be recovered originals, perhaps a bit overstuffed), a wooden wheel (classy or crassy?) and a nice hat collection (do they come with the car?). 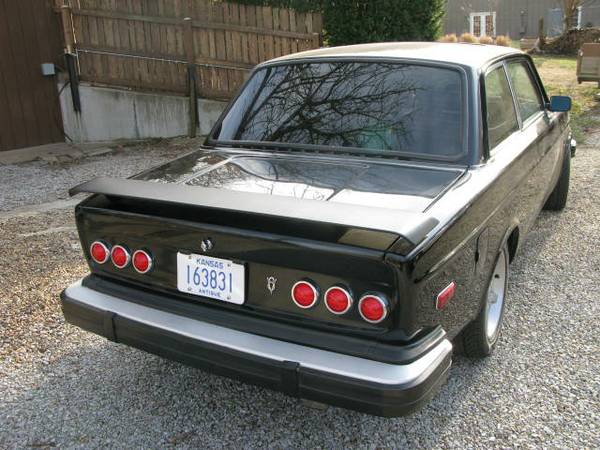