By Gianni — Performance stage rallying is the motorsports world’s soccer.  Big in the rest of the world, but unknown in the U.S.  Rallies in Europe have thousands of spectators lining the stages, often camping out overnight to get a good spot.  In the U.S., organizers are lucky to have more than 100 spectators on a stage.  That’s a shame really, as after you have been to special stage and stood feet away from a rally car with no fencing between you as  it as it spits rocks from its tires, you’ll suddenly find attending track racing events as boring.  Then you will want to try it yourself.  Find this 2003 rally prepared Nissan Sentra SE-R Spec V with a Rally America log book and a mountain of spares on Craigslist in Puyallup, WA.  Tip from K2_Mystery Car. 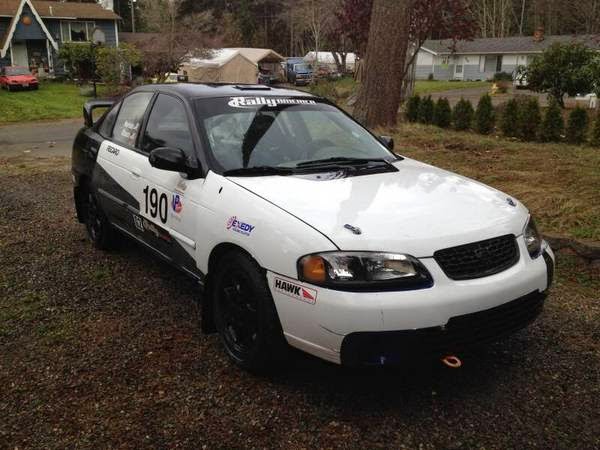 National and regional rallies are sanctioned by the Rally America organization in the U.S.  Cars have to meet numerous rules regarding their safety and performance to pass scrutineering and be allowed on events.  This car has been issued a log book by Rally America in 2006 and has competed in events in the Pacific Northwest including the Olympus and Oregon Trail National Rallies.  It’s a definite plus to buy a car that already has a log book and has passed scrutineering on previous events.  One of the most important and scrutinized safety items is the roll cage as it’s a matter of when you hit something and how hard vs. if you hit something.  This car has a custom cage that meets the G2 class specs. 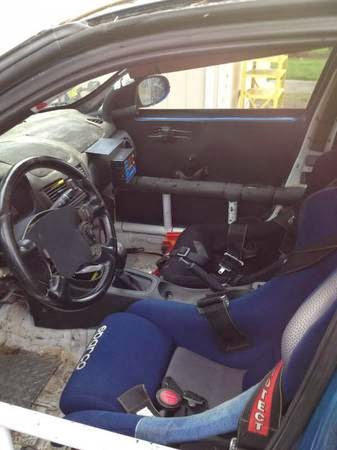 The car comes with competition seats for the driver and co-driver, what looks like 6 point harnesses, a Terratrip  rally computer and a Terraphone intercom system. 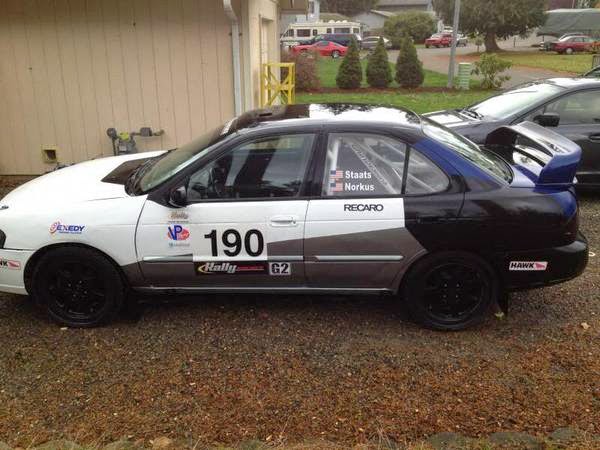 The car has been skid plated, seam welded in certain areas (the rally stages will tear spot welds apart), and had the suspension beefed up.  Plus it comes with a long list of spares including 22 wheels and 11 rally tires.  You would have a problem trying to replicate this for $7,000.  See a better way to be a Gravel Machine Gun with no one watching?  tips@dailyturismo.com